CVI is a brain-based visual impairment caused by damage to the visual pathways or visual processing areas of the brain. 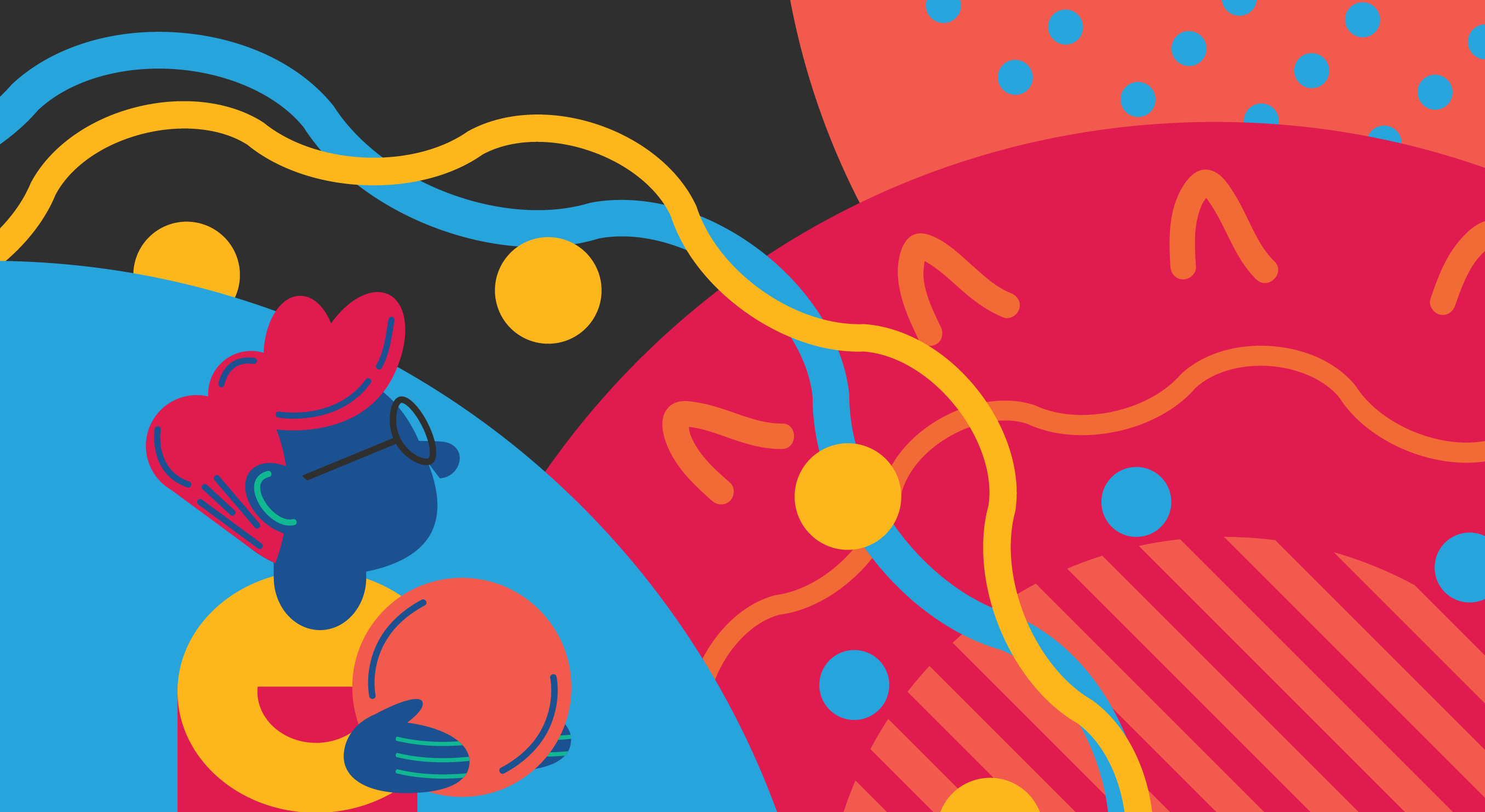 CVI stands for Cortical/Cerebral Visual Impairment. CVI is a brain-based visual impairment caused by damage to the visual pathways or visual processing areas of the brain. Learners struggle with visual attention and visual recognition resulting in a lack of access for understanding the world around them. CVI is known to be the leading cause of visual impairment in children in the United States. With CVI, the eye’s connection to and in the brain doesn’t work correctly. You should know that CVI is common, and many effective educational programming strategies can help provide access and set the stage for improvements in visual functioning.

CVI is an impairment in the brain’s ability to convert the raw data from the eye into a reliable, meaningful image of the world that can be interpreted and acted upon.

Matt Tietjen, CTVI and leader in the field

5 facts to know about CVI

Children and adults with CVI have different severity levels of visual impairment. There’s no one-size-fits-all model, and each child is unique. No matter how CVI manifests, it’s a big deal for the individual.

Some kids may see the world as a swirling mass of color and light. While those with better visual attention can exhibit some focus, they still struggle to understand what they see. They become overwhelmed by so much meaningless visual stimulation because their brain has trouble perceiving it. This overstimulation often causes children with CVI to avoid looking at objects and the people around them. They may stare at light and appear very visually impaired. If they do attend to objects and people in the world, they might struggle to recognize those objects and people. Other kids with CVI look at objects but lack understanding of what they see. They might appear to have learning difficulties or become anxious in new environments. Many have CVI meltdowns due to fatigue or challenges with sensory integration.

Because of those symptoms, CVI is sometimes misdiagnosed as an emotional or psychological disorder. Common misdiagnoses include ADHD, autism spectrum disorder, delayed visual maturation or learning disabilities. However, CVI is its own diagnosis. Once accurately diagnosed, your child might improve her visual attention and visual recognition through targeted evaluation and instruction.

CVI is often one piece of a child’s complex diagnosis and commonly found among kids with other types of brain involvement or metabolic issues such as cerebral palsy, autism and Rett Syndrome, to name a few.

“Information is landing on your eyes, but you can’t make sense of it. You can’t wrap your head around things you’re seeing. You can’t tell where one object ends and the next begins. You are looking at things, but you don’t know what you are looking at. You try to look closely and maybe you can make out light coming through a window or the color red enters your awareness, but these few data points are barely enough to give you an overall sense of your environment. You can’t glean much meaning from the visual cacophony that surrounds you. Your eyes’ ability to see does not serve you in this situation. ” -Nai, adult with CVI and author of The CVI Perspective

We must continue to center CVI voices as our understanding of CVI evolves.

Read stories from people with CVI and CVI families.

What does CVI look like? You may be worried by your child’s unusual behaviors, but they may just be manifestations of CVI. Read about other common symptoms and why they occur.

Every person with CVI has a right to life-changing access.

CVI is lifelong. There isn’t a cure for CVI, but your child’s ability to use their functional vision has the possibility to improve with comprehensive, integrated assessment and educational programming. The good news is that there are many effective practices that help some children build visual attention and visual recognition. For many, they may be able to use some visual skills with adaptations to the task and environment, but after a certain point, it can be too fatiguing. So people with CVI have a strategy or workaround for everything in their daily lives and use various compensatory skills to access learning and their world.

With CVI, it’s about access to learning. Visual skills are not a prerequisite for learning and access. With comprehensive (and integrated) assessment and accessible educational programming, individuals with CVI can learn to access their world in the way that works best for them. Some use visual skills, some use compensatory strategies, and some use both.

Individuals with CVI are on the blindness spectrum and neurodiverse, and their perspective on the world is unique and valuable. An individualized multisensory approach to learning and intervention, rooted in comprehensive assessment, and one that carefully considers the accessibility of the learning environment and task, empowers life-changing access.

Dr. Gordon Dutton, Dr. Christine Roman-Lantzy, Matt Tietjen, Dr. Amanda Lueck as well as the creators of TEACH CVI Screening Materials, are notable theorists in the CVI field. They’ve also developed ways to look at the functional vision of children with CVI and create accessibility for children with CVI. Perkins draws from their work, among others, and current research, to inform our education.

Every child’s visual journey with CVI is unique, and a diagnosis is often made by ruling out other causes. However, there are common CVI visual behaviors and traits associated with CVI. They are:

Appearance of the eyes: This is an assessment of alignment and eye preference. We assess whether both of your child’s eyes are pointed straight or whether one eye is turned in with the other turning out. Does your child favor or use one eye over the other? Does she alternate?

Movement of the eyes: This is an assessment of ocular (eye-related) motor skills. We look at the way both of your child’s eyes move in different directions: horizontally, vertically, and diagonally. We analyze shift and gaze and how she responds to a moving target.

Access to people: Your child might have difficulty looking at faces and difficulty with facial recognition. Some kids have trouble interpreting facial expressions. For example, you might smile, and she won’t smile back or look into your eyes. Many parents describe their child looking “through” them or past them.

Visual guidance of the upper limbs: This is an assessment of reaching while maintaining visual attention, reaching accuracy, and looking while exploring an object. Your child might hold something in her hands but can’t look at it, or she might gaze off into the distance while playing with an object. Or she might over- or underestimate her reach or reach tentatively.

Visual guidance of the lower limbs: This is an assessment of her ability to step accurately or to place her foot accurately, such as into a shoe.

Sensory integration: This is an assessment of the impact of competing sensory input on her vision use. Your child might not be able to listen or feel a vibration while busy looking.

Visual field abilities: This is an assessment of visual field awareness and abilities to recognize materials in all fields. Your child might not respond to items in a particular visual field, such as peripheral, left and right, upper and lower. Or she might pay more attention to one side, with a visual deficit in another.

Impact of motion: This is an assessment of her need for motion to gain visual attention; the distraction of environmental motion; the inability to follow fast-moving items; impaired perception of motion (speed, distance or direction of motion); and a phenomenon called blindsight (the ability to avoid objects while moving, without awareness of the obstacle). Your child might need an object to move to know it’s there. Or she might have trouble assessing distance and speed, such as a ball or car coming toward them.

Impact of spacing/object arrangement/clutter: This is an assessment of the number of objects your child can tolerate in a display. Sometimes spacing items out improves kids’ visual attention and visual recognition. Your child might have trouble with visual clutter — when too many things are in an environment, they might blend together. Or she might be able to identify items in a predictable line but not scattered on a table, because it’s too visually complex.

Form accessibility: This is an assessment of the “accessible form.” Think about a common figure, like Donald Duck: Even though it’s a cartoon, we know it’s a duck. A child with CVI might have trouble making that distinction. Your child might see three-dimensional items but have trouble with photos, for example. Or she might see color but struggle with black and white line drawings.

Impact of color: This is an assessment of how your child reacts to different colors and black and white, how she uses color for visual attention and object recognition and how she uses it as an overall strategy function. Many kids with CVI prefer one color over another. We try to see how color helps her understand the world.

Impact of light: This is an assessment of the distraction of light, need for light, light sensitivity, attraction to light and need for backlighting. Your child might be so impacted by light that it’s just a visual target; other kids benefit from lighted objects.

Visual recognition: This is an assessment of your child’s abilities to visually recognize known items or known classes of items. Your child might immediately recognize her favorite toy or cup but might not recognize a similar, unfamiliar object.

Visual curiosity: Think about going to the grocery store. A child is constantly learning about shapes and objects as she watches mom or dad load up the conveyor belt from her perch in the carriage. A child with CVI might not absorb those incidental life lessons. This is an assessment of the accessibility of “incidental learning” for distance materials and events with and without compensatory supports and for all visual fields.

Go to the CVI Visual Behaviors page to find videos and articles about each visual behavior.

If your child is diagnosed with CVI, you might feel worried and overwhelmed. Keep in mind that CVI research and treatment are continually growing and improving, and help is available.

Families and individuals with CVI: For additional information, support and resources regarding CVI, get involved with our Facebook group.

6 big takeaways from the CVI: Collaboration for Change conference