The visual pathway from the eye to the brain

Trace vision from the retina to the visual cortex and learn about visual field loss in kids with CVI. 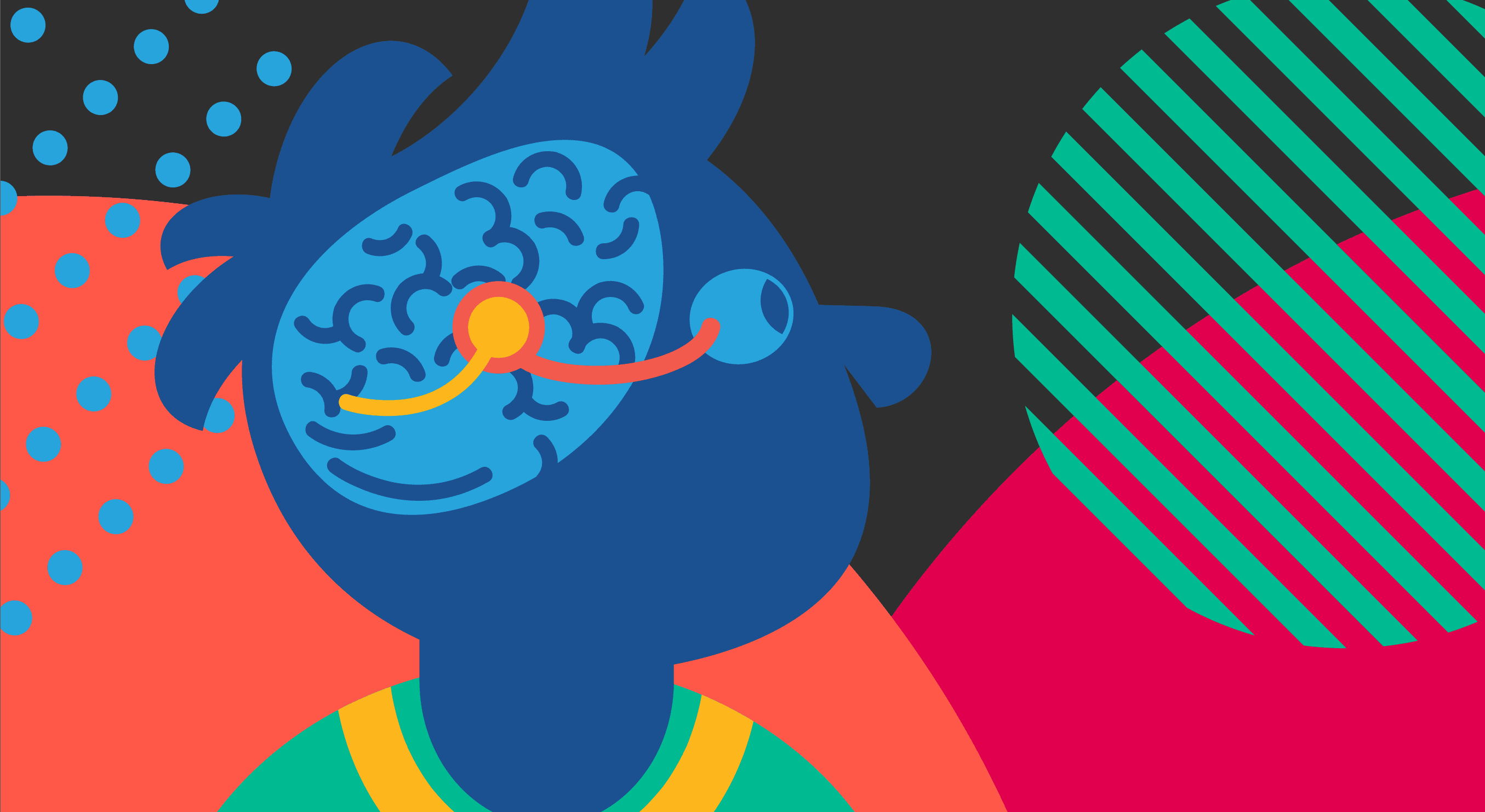 This is the third article in our five-part series about the visual system.

Think of the visual pathway like a highway, with neurons as the cars and your vision as the driver. Ideally, the pathway is smooth and efficient, with predictable curves and directions leading from your optic nerve to your occipital lobe’s primary visual cortex. But sometimes that pathway is interrupted—and the driver has to adjust. 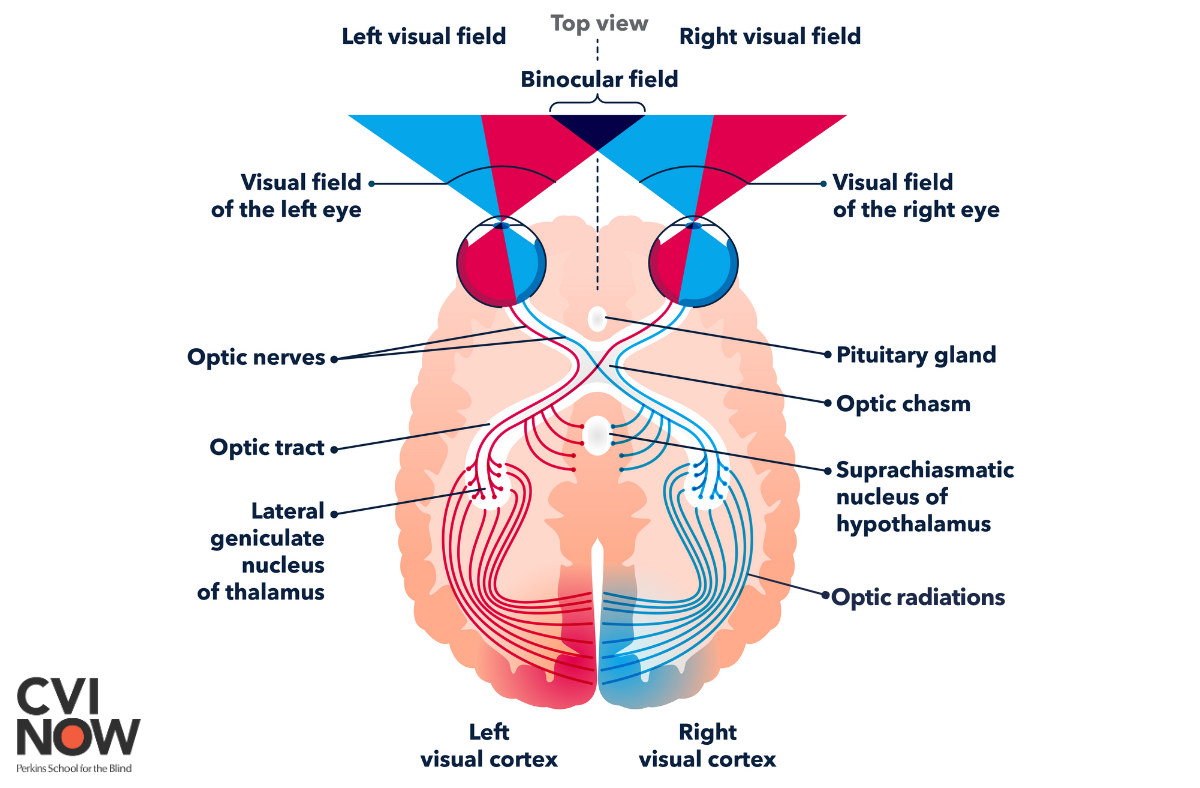 Here are the key points along the route:

If your child has interruption or damage to certain areas along this pathway, it could cause reduced visual acuity and contrast vision, and visual field loss.

Optic nerve conditions
Kids with CVI are often found to have abnormal optic nerves in one or both eyes. Some children with CVI have optic nerve hypoplasia (ONH), a congenital condition in which the optic nerve is underdeveloped, or optic nerve atrophy (ONA), mild to severe damage to the optic nerve. Some parents say that their child’s eye report notes small, pale optic nerves.  The impact on visual function is wide-ranging and unique to each child, but common issues include:

What is a visual field?
When our eyes are in a fixed position straight ahead, the area that we see is called a “visual field.” This visual field changes with age. Newborns usually have a visual field of just 30 degrees. But by two months old, it expands up to 90 degrees; by four months, it’s 180 degrees; and by toddlerhood, it’s similar to older kids and adults.

Visual field loss happens when a portion of the visual field is absent. Children with CVI can have a range of visual field deficits, depending on where the damage or interruption happens in the brain. For example, damage on the right side of the primary visual cortex in the occipital lobe may cause left homonymous hemianopia, or field loss in the left side of each eye (see image below).

In the image above: Examples of visual field loss when fibers of certain areas of the visual pathway are interrupted

It’s important to remember that crowding, motion, clutter, and noise affect your child’s ability to visually attend in their visual fields. That’s why their visual field test, in a quiet doctor’s office, might be normal while their experiences in the real world might be quite different. Be sure to talk to your doctor and educational team about issues you observe at home and out in the community.

You may notice that your child tilts their head a certain direction when looking at something. And this might happen at a specific time of day, when presented with a new object, or in unfamiliar environments. Your child may seem to look in one direction and ignore the other or prefer to walk on the right or left side of a walkway. When navigating, your child may look down to avoid clutter and movement.

If your child has a visual field loss, there are many ways to support them. Parents and teachers can:

Since visual field loss is so affected by clutter, noise, crowding, and new environments, an orientation and mobility (O&M) specialist should also complete environmental assessments to evaluate the environment’s impact on your child’s learning and to determine which supports will help your child to move through their world safely.

Go to the next article in this series: Higher-order visual pathways and the CVI brain. We will dive deeper into the higher-order processing visual pathways, the dorsal and ventral streams, to better understand how our brain recognizes and interprets our visual world and what happens if these visual pathways are damaged or interrupted.

Dutton, G.N. (n.d.). Cerebral Visual Impairment: Working Within and Around the Limitations of Vision. Publication for Royal Hospital for Sick Children, Glasgow, Scotland.