The science behind visual fatigue and CVI

Research shows there is a neurological and physiological reason why individuals with CVI become so easily fatigued. 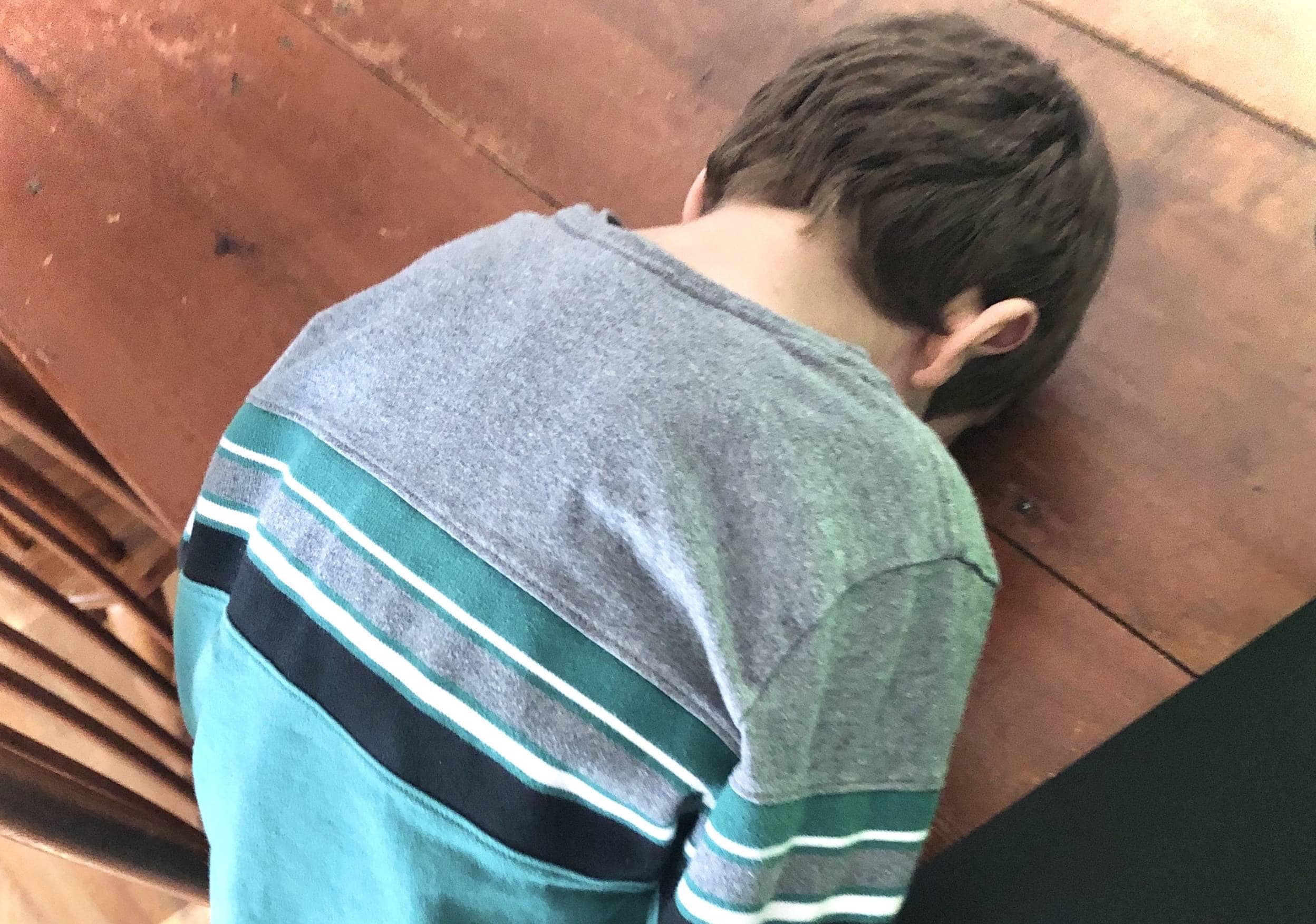 Visual fatigue is a common shared experience among individuals with CVI

Scientific research is beginning to support what individuals with CVI experience every day and what parents see every day: chronic fatigue.

As parents, we’ve heard it all about our kids: not available for learning, task avoider, inattentive, lazy, doesn’t show any interest, easily distracted, always angry and frustrated, has a severe behavior problem, can’t sit still, can’t follow directions, and unfortunately this list goes on. All words that blame the child, rather than seeing fatigue as a key contributor to visual difficulties associated with CVI.

Behavior is communication. There is a neurological and physiological reason why individuals with CVI become so easily fatigued. And each individual with CVI shows this visual fatigue in their unique way. Some examples include resting head in hands, pushing all items out of view, running away, looking away, closing eyes, falling asleep, putting their head down, talking, singing, or telling jokes to change the interaction to an auditory event, yelling, or other outward behaviors.

How the brain processes the visual world

To understand why individuals with CVI become so easily visually fatigued, we need to start with how the brain processes the visual world.

Visual processing requires the connection and integration of many areas in the brain. David Eagleman, neuroscientist and author of Livewired: The Inside Story of the Ever-Changing Brain, described that we have hundreds of trillions of connections between neurons, and it’s the continuous altering of this circuitry to “match the demands of the environment” that make up the “dynamic system” of the brain. Connectivity of the early visual pathway (eye to the primary cortex in the occipital lobe) and higher visual pathways (dorsal stream: occipital to parietal lobe and ventral stream: occipital to temporal lobe) enables us to survey an environment, locate and recognize a target of interest, and then choose a plan of action.

Our visual system is highly efficient at processing every aspect of our visual world. Generally, our life experiences feed our visual memory, which then shapes perception, and allow us to come up with a plan of action. Lotfi Merabet, a clinician-scientist at the Laboratory for Visual Neuroplasticity at Massachusetts Eye and Ear and Harvard Medical School, notes, “The way we see the world is heavily influenced by what we expect to see.” For example, think about how your perception of a visual illusion can change, even though the image itself doesn’t change. We have a visual template that we are consistently using to match what we see.

Dr. Josef Zihl and Dr. Gordon Dutton describe that our visual system allows us to visually search for targets among competing distractors, attend to this target while ignoring other stimuli, and then match the target to our visual library to support the speed and efficiency of recognition. It’s also important to realize that when searching for an object, it’s not just about where to look, but also where not to look. In other words, the brain has to keep track of what it’s looking for and ignore information that is not relevant. As far as the visual brain is concerned, this is a delicate balancing act.

The neural network of a CVI brain is “fundamentally different”

From his team’s ongoing research and study of CVI, Dr. Merabet finds that the neural network of a CVI brain is “fundamentally different.”

Research shows that many individuals with CVI have difficulty with visual attention and visual search (see references below). Individuals with CVI typically engage in serial processing—that is “scrutinizing” one piece of information at a time—when there is more sensory information to take in. Serial processing is a less efficient form of visual search. This is opposed to parallel processing, where many elements of a visual scene can be processed at the same time.

An efficient visual system knows what to ignore in order to visually search and attend. Dr. Merabet states that individuals with CVI can have difficulty knowing where to look and where not to look: “The more you have to ignore and rule out, the narrower your scope, the more you have to search. These knock-off effects are what eventually leads to this frustration and anxiety of not finding the target your classmates have found quickly, for example, which perpetuates throughout each day causing this vicious cycle of frustration and fatigue.”

Dr. Merabet’s team at the Laboratory for Visual Neuroplasticity uses virtual reality to study the CVI brain, including visual search patterns. For the virtual toy box task, the individual has to locate a specific toy. The more distractors (other toys and clutter) inside the box, the more time is needed to find the target toy, and the visual search pattern is more scattered. For the virtual hallway task, the load effect is particularly evident in the kids with CVI. The more people walking in the corridor, the harder it is for the child with CVI to find the target person, lock on and pursue it. This is a much more demanding task than the toy box because not only do you have to find the moving target, you have to lock on and be able to track it for a period of time.

A working hypothesis based on early research from Dr. Merabet’s team is that the frontal eye field (FEF) in the frontal lobe, which controls eye movement and visual attention, is more active with the presence of CVI.

Dr. Merabet explains, “It seems that the frontal cortex has to work harder to make up for the fact that early visual areas are not doing their part, so to speak, in visual processing. And this may be related to why kids with CVI are so much more fatigued with increased attention demands. So if the early and higher-order visual areas are not processing visual information as easily, the frontal cortex has to take on the load and work harder. And because the frontal cortex is also interconnected with many other areas in the brain, including attention and emotion, things can break down easily with excessive fatigue. A lot of kids with CVI we work with tell us about the frustration they experience, the sensitivity to clutter, and how exhausted they are at the end of the day. We think this is because their visual system is not as efficient as it should be—the brains of individuals with CVI have to work harder to carry out tasks that may be very simple to someone else.”

Take a look at the fMRI image below. The arrow indicates activation in early visual processing areas (less activation in CVI overall). Notice that the frontal eye field (FEF) is active in both the control and CVI subjects, but if you look at activation as a function of task demand (line graph figure), you notice that the control shows a graded effect, while the CVI subject has sustained activation (“working harder”) across all task demand levels. This is a working hypothesis as part of ongoing research to see if this trend is present in a larger number of individuals with CVI.

Visual fatigue is a condition of CVI that must be carefully assessed and supported. Furthermore, this is not something that is typically assessed in a routine eye exam.