The evolution of deafblind communication

For more than 180 years, Perkins has been pioneering ways for people with deafblindness to communicate with others. 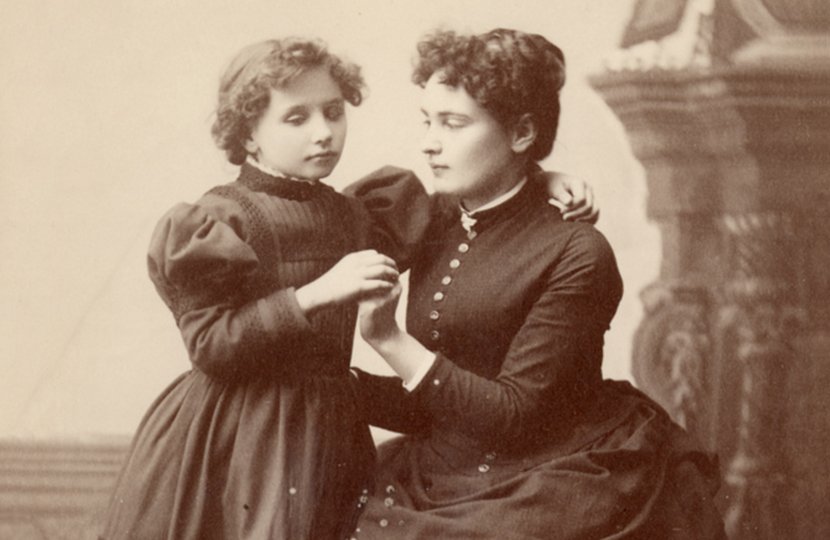 When Samuel Gridley Howe opened the nation’s first chartered school for the blind in 1832, the potential of individuals with deafblindness, or combined vision and hearing loss, was not well understood. At the time, many people doubted that individuals who were deafblind could be taught language or educated at all. Laura Bridgman changed all of that.

The survivor of a scarlet fever epidemic that left only her sense of touch intact, 7-year-old Bridgman arrived at Perkins School for the Blind – then known as the New England Asylum for the Blind – in October 1837. Using raised-letter labels on common objects such as keys and spoons, Howe began the process of teaching Bridgman language. After just two months, she made the breakthrough realization that objects have names.

Bridgman was assigned a full-time teacher and eagerly learned the fingerspelling method used by people who were deaf. In time she learned to write using a special board and mastered complex English structure – rarely making spelling or grammar mistakes in her correspondence with family and friends.

Like Bridgman, Helen Keller became deafblind as the result of illness. Having read Charles Dickens’ account of Bridgman in his 1842 travelogue, “American Notes,” Keller’s parents wrote to Perkins in the hopes that the school could educate their daughter, too. Though Perkins did not yet have an established deafblind program, Anne Sullivan – a recent Perkins graduate – was dispatched to Alabama in March 1887 to help Keller and her family.

Sullivan had studied Howe’s reports on Bridgman’s education, but she quickly realized that her exuberant, 6-year-old student needed a different approach. By using Keller’s own interests as the entry point for her lessons, Sullivan was able to break through the silence and frustration that had enveloped Keller since she was 19 months old. Maria Montessori later credited Sullivan with using the “Montessori” method years before Montessori herself developed it.

In addition to graduating from college, writing several books and winning an Oscar, Keller also worked hard to learn to speak orally. Keller’s efforts caught the attention of teachers of the deafblind who began focusing on oral speech. One of those teachers was Inis Hall, who introduced the Tadoma method at Perkins.

The Tadoma method of communication was named for Tad Chapman and Oma Simpson, who were the first students with deafblindness to use it. With this method, sometimes referred to as “tactile lip-reading,” the person who is deafblind places his or her hand on the speaker’s jaw and lips, while also feeling the vibration of the vocal chords. Though Perkins had educated many students with deafblindness in the decades since Bridgman and Keller, it was the time-consuming process of learning Tadoma that provided the impetus to create a separate deafblind program focused on the needs of students with combined vision and hearing loss.

Today the Deafblind Program at Perkins employs a “Total Communication” philosophy, where any and all means of communication are developed and encouraged. Language is modeled throughout the day in the form of speech and tactile sign language, and students are encouraged to use any combination of communication methods that works best for them.

Building on the experiences of Bridgman, Keller and countless others, Perkins School for the Blind continues to explore and enhance the ways students who are deafblind can connect with the world around them.