Looking for your next great fiction read? See what The Economist magazine recommends as their best books of the year! 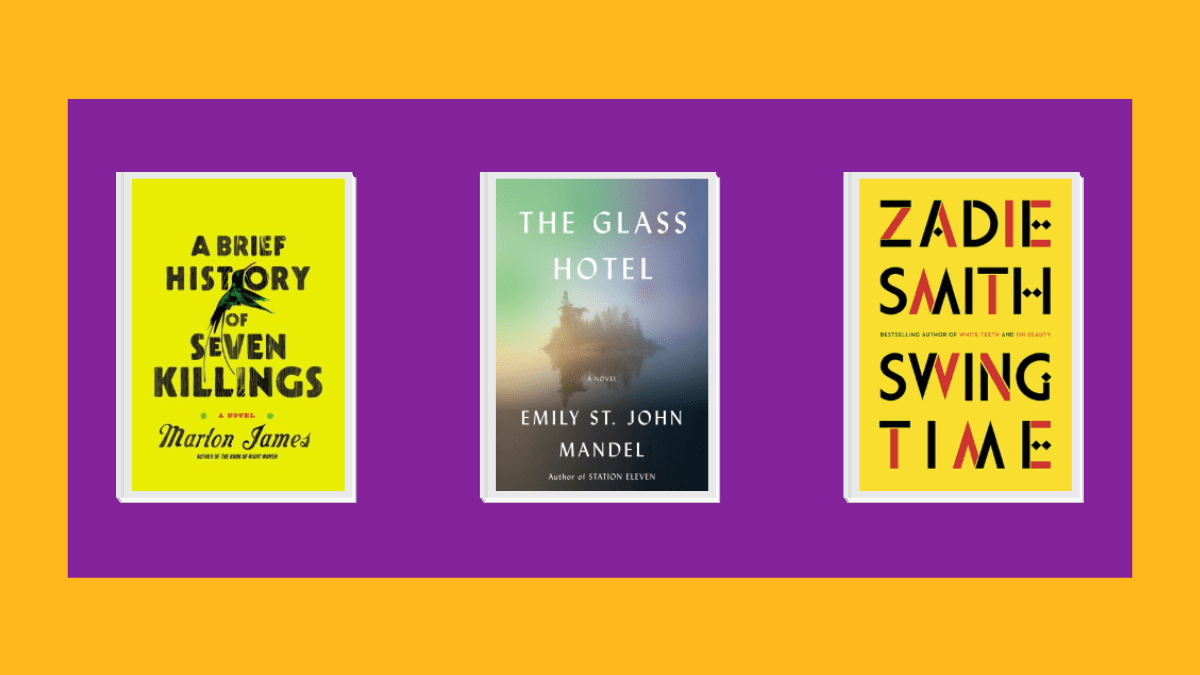 Many of us are familiar with the best books of the year awards from well-known publishers such as the New York Times, Publishers’ Weekly, and NPR. Did you know that The Economist magazine also puts out a “best books of the year?”  Even though you may not be so interested in business and money matters,  their selections also contain some unique fictional picks.  All the books here are available through the Perkins Library. For this list, we have chosen some of their fictional titles, spanning from the last year winners in addition to some  other recent picks. So if you’re looking for some recommendations from a respected journal, you might like to try some of these titles.

A Brief History of Seven Killings

Fictitious oral history that explores the events and individuals surrounding the attempted assassination of Bob Marley during the political turmoil in Jamaica during the late 1970s. Violence, strong language, and descriptions of sex. 2014.

After their parents die, teens Matt and Luke Morrison give up their own university plans to raise two young sisters, Kate and Bo, in the northern Ontario badlands. Twenty years later, Kate, now a professor, returns to resolve past differences at a family reunion. Some strong language. 2002.

Set in an unnamed city with a strict social code, atheist Nadia rebels against the strictures put upon her. She falls in love with the gentle, religious-minded Saeed as their city falls into chaos and militias seize control, forcing the pair to flee together. Violence, some strong language, and some descriptions of sex. 2017.

Forty-year-old Ajay reflects on his life–from playing cricket on the dusty streets of Delhi with his older brother Birju, to emigrating to America in 1979 when his father sent for them, and growing up in Queens until an accident changed all of their lives. 2014.

Bombay, 1990s. Retired professor Nariman Vakeel suffers from Parkinson’s disease. When an injury leaves him bedridden, his stepchildren send him to recuperate with his daughter and her family. Relations and resources become strained as Nariman revisits his past and an unresolved love affair. Some descriptions of sex. 2002.

Vincent Smith is a bartender at an upscale hotel on Vancouver Island when she meets Jonathan Alkaitis, a man running an international Ponzi scheme. She poses as his wife, but walks away after Alkaitis is exposed. Years later, she disappears at sea. Strong language. 2020.

Newlyweds Liesel and Victor, a Jew, commission Viennese architect Rainer von Abt to build them a modern glass and concrete house in Czechoslovakia. But they must let their new home pass into other hands when Nazis invade. Some strong language and some descriptions of sex. Man Booker nominee. 2009.

Klara and the Sun

Klara, an Artificial Friend, possesses great observational skills, and loves to watch the humans around her. When she is purchased to act as a companion for an ill girl, she studies the emotions of her new family closely and tries to learn from them. Bestseller. 2021.

Lincoln in the Bardo

1862. One night, soon after the death of his eleven-year-old son, Willie, President Abraham Lincoln goes to visit the recently interred body in Georgetown. There, he encounters the ghosts of the cemetery’s residents, including Willie, who must escape the limbo he is in. Some violence, strong language, and some descriptions of sex. 2017.

College friends Willem, J. B., Malcolm, and Jude attempt to find their ways within their chosen careers. Each encounters difficulties, but it is Jude, the center of their friendship, who must face the biggest demons of all. Strong language, some violence, and some descriptions of sex. 2015.

When a local “paramilitary” known as the Milkman begins pursuing the much younger middle sister of a family, she attempts to avoid him. But rumors spread and the threat of violence lingers. Winner of the Booker Prize. 2018.

When Vanessa Wye was fifteen she had an affair with Jacob Strane, her forty-two-year-old English teacher. Seventeen years later, Jacob is accused of sexual abuse by another one of his former students, and Vanessa is forced to re-examine her past. 2020.

At school, popular football star Connell and lonely, quiet Marianne pretend not to know each other, although Connell’s mother works for Marianne’s family. A year later, both are studying at Trinity College in Dublin. They’ve both changed, but are still drawn to each other. Strong language and some descriptions of sex. 2019.

Future America. When he calls emergency services for help with his dying dog, composer Peter Els sets in motion a chain of events that forces him to flee from Homeland Security. Els’s search for music in everything has people thinking he is a bioterrorist. Some strong language. 2014.

Jacob Finch Bonner, once a promising young novelist, now teaches in a third-rate MFA program. When a student tells Jacob the plot of his novel, Jacob stews. Then he finds out the student has died. Jacob takes the novel and publishes it. Someone knows he stole it. 2021.

The Silence of the Girls

After the fall of her husband’s city to Achilles, Queen Briseis becomes his concubine. When she catches the eye of Agamemnon and he demands her favors, Achilles rebels and refuses to fight. All the while, Briseis observes life in the war camp. 2018.

Yejide and Akin have been together since university. Akin vowed not to engage in polygamy, but Yejide has trouble getting pregnant. Then, Akin’s mother brings a young woman into their house and introduces her as Akin’s second wife. The pressure to have children and more tear at the couple. 2017.

The Story of the Lost Child

The fourth and final volume continues the depiction of the lifelong friendship between Elena and Lila. Now married with children, writer Elena returns in 1979 to their hometown, Naples. Lila, although a successful entrepreneur, has never left. Translated from Italian. Some strong language and some descriptions of sex. Bestseller. 2015.

Two biracial girls become friends through dance classes held in a London church, though they also live in the same public housing. One is raised among books and intellectual conversations. The other’s father is in prison. Their lives follow different, and unexpected, tracks. 2016.

After her marriage falls apart, journalist Jane Wood travels to Kenya to visit a friend. Jane entrenches herself in the expatriate life, but soon is drawn to Uganda to investigate the kidnapping of thirty girls by rebels. Some violence and some descriptions of sex. 2014.

In the 1980s, David and Sarah are both students at a competitive performing arts high school. Their passionate relationship is noticed by the school’s charismatic acting teacher, Mr. Kingsley. Years later, Sarah publishes a novel about that time in her life, calling into question what really happened. 2019.

After blood-soaked images begin to haunt her, Yeong-hye renounces eating meat, despite living in a society where this is considered subversive behavior. Meanwhile, scandal, abuse, and estrangement send Yeong-hye careening away from her former self. 2016.