The awesome power of apps

For people who are blind, smartphone apps make it easier to accomplish everyday tasks, such as sorting mail and ordering groceries. 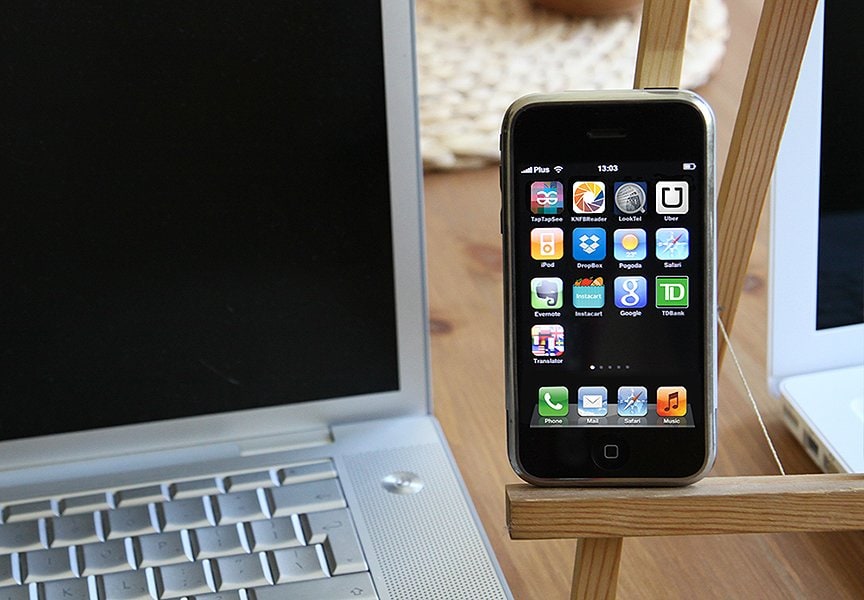 When I was a little kid, somebody put braille labels on a “Speak-and-Spell” for me – and a computer geek was born. So you can imagine how happy I was when Apple introduced Voiceover, a screen reader for the iPhone. I was so excited because I no longer had to open my laptop in order to check email or Facebook.

Since that time, hundreds of thousands of apps have been introduced and are being used every day by people like me who are blind. Many of these are specifically for the blind, while some are not. I use an iPhone, but many of these apps are also available for Android phones. Here are just a few of the apps that my colleagues and I like most.

The KNFB Reader is an app that uses the iPhone’s camera to take pictures of printed text and then read it aloud. It will read most print on a flat piece of paper, which has greatly increased my independence.  When you walk to the mailbox to get your mail, you probably take a quick look at each envelope to figure out what it is and who it’s from. If it’s junk, you throw it out. If it’s a bill, you put it off to the side for later. As a person who is blind, sorting and reading mail has always been difficult and time consuming. Now, the KNFB Reader application has made this task almost enjoyable.

The KNFB Reader app is great for recognizing printed text on paper, but it cannot identify objects. This is where the app TapTapSee takes over, according to Jim Denham, the director of assistive technology at Perkins School for the Blind. When he takes a can of soup out of the cupboard and wants to know what kind it is, he just has to open the app and snap a picture. It only takes seconds for his phone to read a description back to him. For Jim, this is an app that makes him more productive and less reliant on others.

Marla Runyan is an assistive technology teacher at Perkins, and also a former Olympic runner who’s blind. She says there are many iPhone apps she just can’t live without. Apps that have increased her independence include Instacart for groceries, Uber for transportation, Dropbox for file sharing and two banking apps. These allow her to buy food, deposit checks, get a ride and access all of her electronic files. Before the iPhone was made accessible, Marla would have to take a bus to the bank or store, do her errands and then carry everything home. Now, she can accomplish all these tasks from her desk via her iPhone.

For people who are blind, a multitude of accessible apps have made our lives much easier and more enjoyable. For Jim, Marla and me, the iPhone is apptastic!

Cory Kadlik was an intern this summer in the Communications Department at Perkins School for the Blind. He just graduated from Roger Williams University in Bristol, Rhode Island, with a degree in Communications.

5 innovations in accessibility and assistive technology