Perkins has a long history of training educators of students who are blind, deafblind or visually impaired. 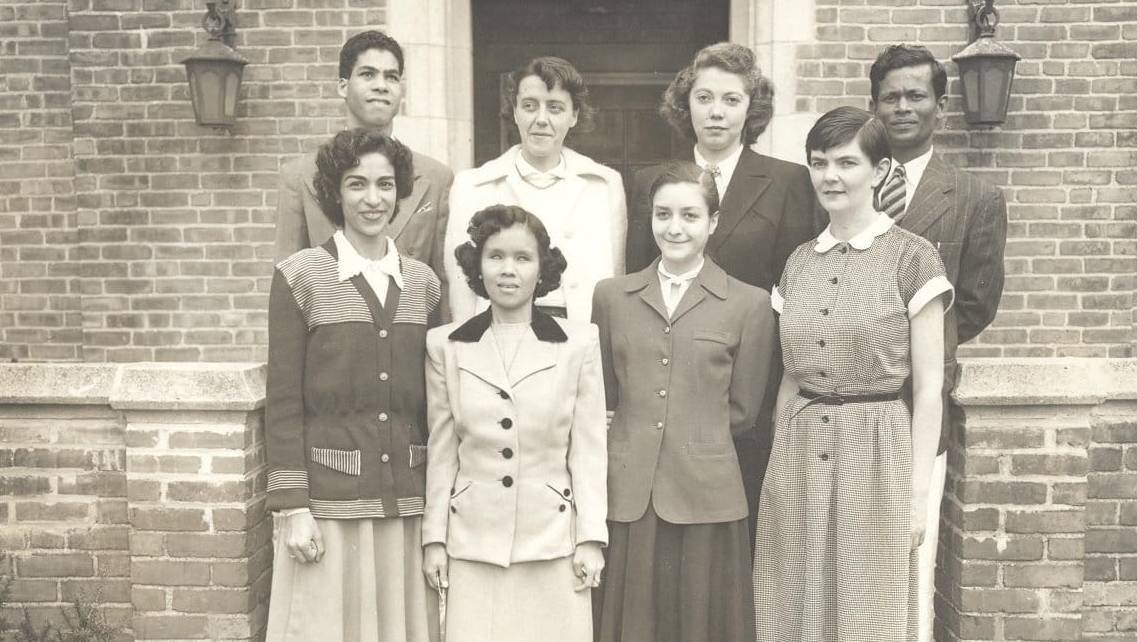 Teacher training has been an integral part of Perkins School for the Blind since the 19th century, when Samuel Gridley Howe, the school’s first director, created staff meetings where teachers would share their insights on educating students who are blind.

By the 1920s, Howe’s internal staff discussions had evolved to become a full‑fledged teaching program – allowing Perkins to share its expertise with a wider community of educators. Sensing the growing need for professional training, Edward Allen, Perkins’ third director, worked with Dean Henry Holmes of Harvard University to establish a semester-long teacher training course covering theories and principles around educating students who are blind.

Founded in 1920, the Teacher Training Program, as it became known at Perkins, was the first formal training initiative in the United States for teachers of the blind. A partnership between Perkins and Harvard, the program combined rigorous study at Harvard with experiential learning inside Perkins classrooms. Participants lived on Perkins’ campus, working closely with students and staff.

The program established Perkins as a “teacher of teachers,” and drew interest from around the globe. The first class to include international teacher trainees, from Japan and the Netherlands, arrived at Perkins in 1921. Over the next seven decades, the program expanded to include trainees from across the United States and around the world. Many graduates later rose through the ranks in their home countries to become prominent special educators.

Several major changes in the latter half of the 20th century reshaped the Teacher Training Program into its modern incarnation. In 1953, Perkins transferred the program from Harvard to Boston University, and in 1966 to Boston College. That partnership continues today. Then, in 1989, the program shifted its focus solely to international teacher training. With this change came a new name – the Educational Leadership Program (ELP).

The ELP now serves as Perkins International’s flagship training program and continues Perkins’ storied legacy of empowering educators of the blind from around the world. The first all-international ELP class received their diplomas in the spring of 1990. Since then, more than 300 educators from 70 countries have graduated from the ELP.

Today, thanks to advances in technology, teacher training has taken an important leap forward.

Along with in-person conferences and workshops, Perkins’ eLearning program now offers online training led by Perkins instructors and other renowned experts in the field on a range of topics related to blindness, including assistive technology, literacy and cortical visual impairment. Perkins launched its first online workshop in 2013. These four- to eight-week interactive courses include group projects and discussion forums where educators from around the world can share their experiences and get advice from fellow professionals

And in June 2017, Perkins International Academy was launched at the United Nations in an effort to increase the world’s supply of qualified special educators. Academy courses have already been offered both online and in person in Argentina, Indonesia and across Central America.

Through the ongoing efforts of eLearning and Perkins International, Perkins is carrying on the practice of teacher training started by Director Howe more than 180 years ago.