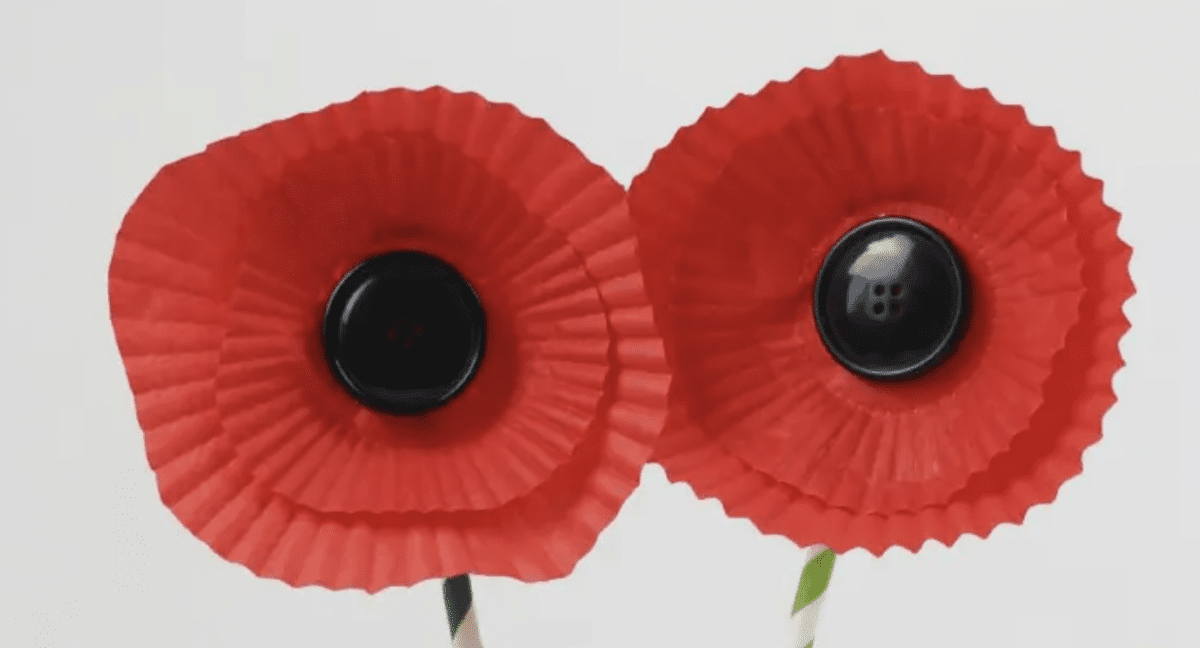 The Great War, as it was known then, (World War I) was a war of destruction. The devastating battles took place across the Western Front, a 400-plus mile stretch of land weaving through France and Belgium from the Swiss border to the North Sea. The horrific battles destroyed fields, forests and towns, tearing up trees and plants. But, in early spring of 1915, red flowers began peeking through the battle-scarred land. Lieutenant Colonel John McCrae, a Canadian brigade surgeon serving on the front lines near Flander (northern Belgium), was in inspired by the sight of bright red blooms in the middle of the devastation. He wrote the poem, “In Flanders Field”, channeling the voice of the fallen soldiers buried under those hardy poppies.

In November, just two days before the armistice, Moina Michael, a volunteer at the Young Women’s Christian Association (YWCA) wrote her own poem, “We Shall Keep the Faith” in response to In Flander’s Field. She vowed to wear a poppy in remembrance and created the first red fabric poppies which started the trend of wearing red poppies in support of returning veterans.  In 1920, the American Legion, a veteran’s group, adopted the poppy symbol of remembrance of the soldiers who fought and died during the war. Red poppies silk flowers were made and sold to help support veterans. Other nations have also embraced the In Flander’s Field poem and have adopted the red poppy as a symbol of remembrance.

After World War I, the poppy flourished in Europe. Scientists attributed the growth to soils in France and Belgium becoming enriched with lime from the rubble left by the war. From the dirt and mud grew a beautiful red poppy.