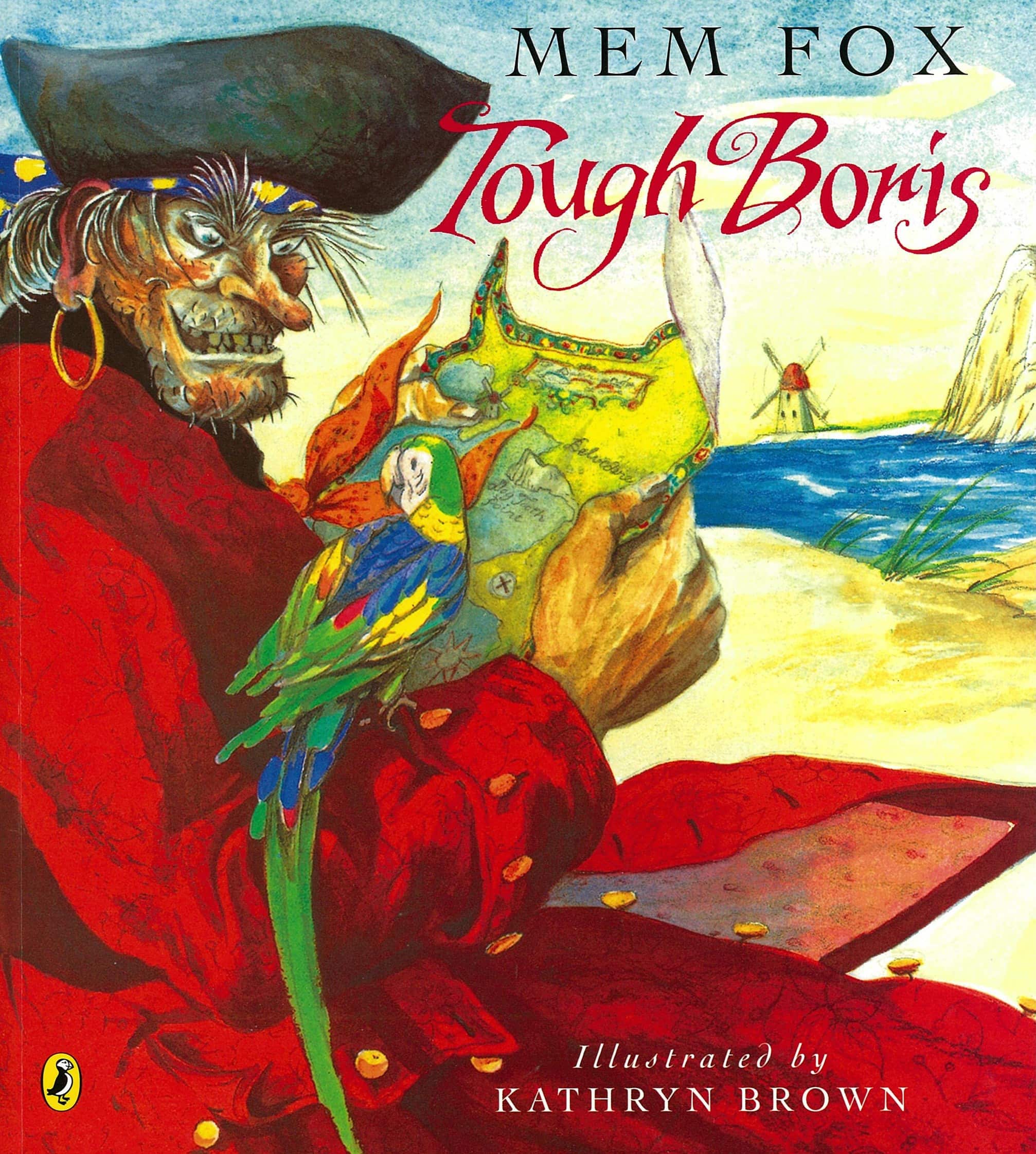 Tough Boris is a mean, greedy old pirate - tough as nails, through and through.

Boris Von Der Borch is a mean, greedy old pirate – tough as nails, through and through, like all pirates. Or is he? When a young boy sneaks onto Boris’s ship, he discovers that Boris and his mates aren’t quite what he expected. This picture book is full of surprises, both in the simple text and in the dramatic underlying story that the pictures tell. These illustrations weave the story, providing depth and intrigue. Can readers who are visually impaired or blind also enjoy the story? Danielle Kruchten, an English & History Major at the University of North Carolina – Chapel Hill, adapted this book into an auditory-rich story bringing each character to life.

Below, Danielle shares about what an audio book is and how she created it.

This Tough Boris audiobook takes a new approach to audiobooks that goes beyond image description. It has different voice actors playing the roles of the different characters and a narrator reading the text of the children’s book. To make the story more interesting and to help kids get a better understanding about what was happening in the book I created a script to fill in the blanks left by the different illustrations and included sound effects. This is especially important because the story in children’s books are often told more through the pictures than the actual words included in the books. The use of different voice actors and sound effects makes listening to the story more interesting. I also included the images of the book so people that are sighted (teachers/parents/siblings) could also follow along with the book and enjoy the experience as well.

How I created it

To create the audiobook I used a video editing software called Wondershare, but you can use any kind of editing software. The first thing that I needed to do was create a script that would help tell the story that was illustrated in the images of the book. After writing the script I had different people record their characters parts. I took the audio clips of the voice actors and put them in the order of the story. When the audio clips were all arranged, I added sound effects to the story. Sound effects included people walking, ocean waves, seagulls, the sound of a storm, etc. I enhanced the audio clips of the voice actors so they would be the main focus and the sound effects would be more in the background, so the kids wouldn’t get too distracted by the different sound effects. Once everything was done I uploaded the video to YouTube so anyone would be able to access it. I’m hoping to make more audiobooks like this one in the future.