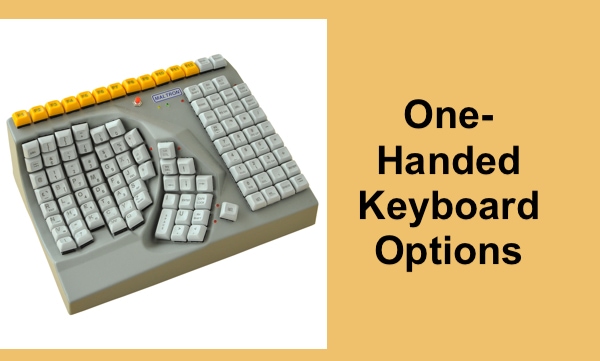 Keyboard options for one-handed students or students who have motor control issues.

Paths to Technology regularly receives questions about one-handed keyboards and/or keyboards for students with motor issues such as Cerebral Palsy. Please note that I personally have not tried these keyboards and am not recommending one over another. This article is simply to bring awareness to some options that are available.

Some students with motor impairments are able to use both hands but may struggle with traditional keyboards, while other students may only have control over one hand.

The Maltron Keyboards have ergonomic designs (except for the Maltron Expanded Keyboard) and have push-on/push off keys for Shift, Control and Alt functions. They offer single hand keyboards (specify right or left hand), dual hand keyboards, head/mouth stick keyboards and the Maltron Expanded Keyboard. Their website makes suggestions of which keyboard is best for various issues – including issues such as carpal tunnel, bursitis, amputation, Cerebral Palsy (CP), stroke, etc. Initially designed for users with Cerebral Palsy, the Maltron Expanded Keyboard is a robust QWERTY keyboard or FOU (Frequency of Use – with the most common keys in the central part of the keyboard). Instead of standard raised square keys, the keys are sunken circles – making it easier for users who have motor issues. Large, clear characters with color contrast (alternative options are available) for users with low vision. Audio-visual feedback system also available.

On the Maltron website are a series of keyboard training lessons for each keyboard. Maltron produces keyboards for different languages. 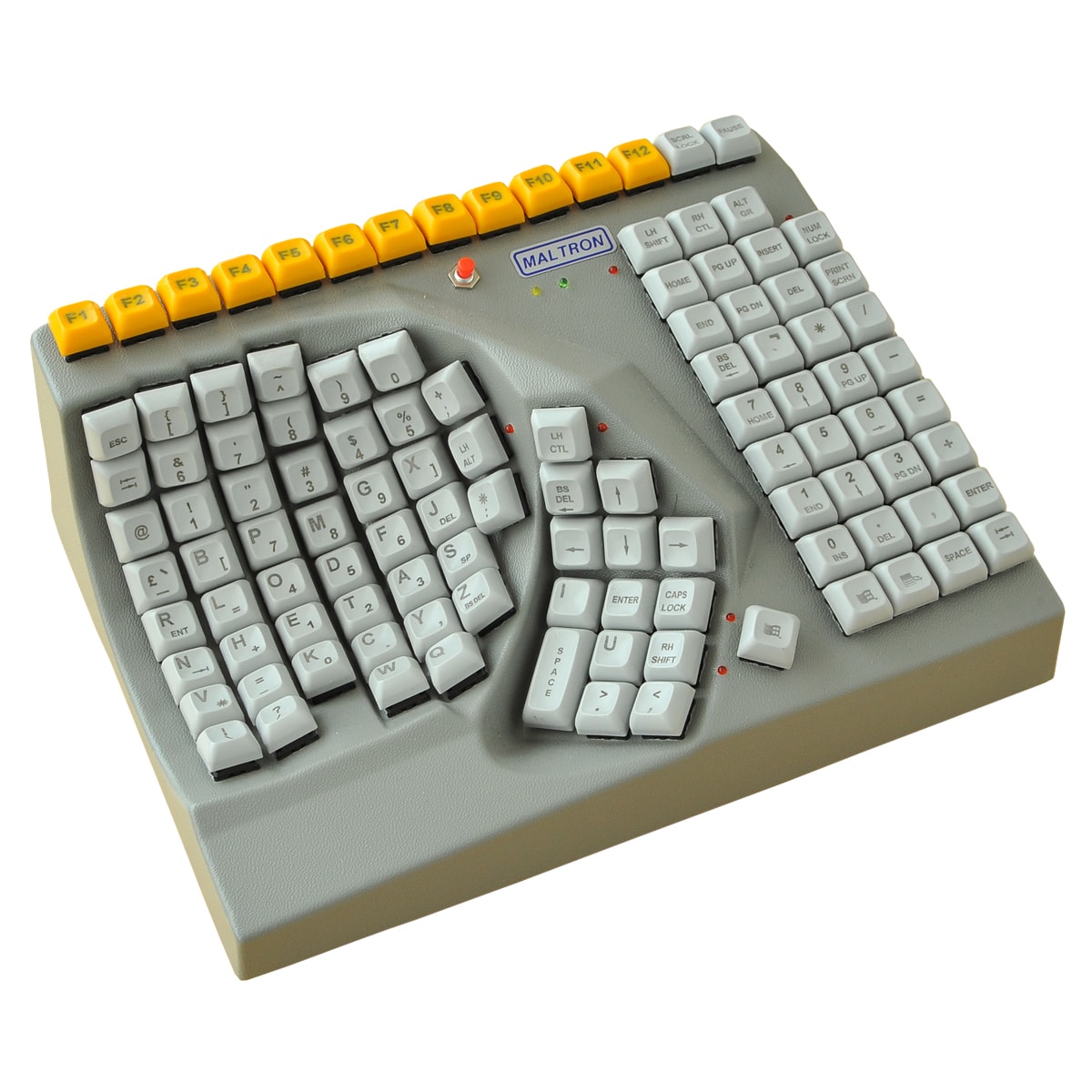 Image 2: Maltron Expanded Keyboard is large, robust design made with steel construction with a nylon coating for a smooth wipe-clean surface. 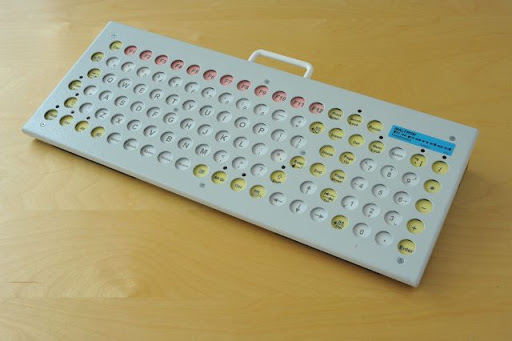 Image 3: Matias, a popular half-keyboard, for the left hand. 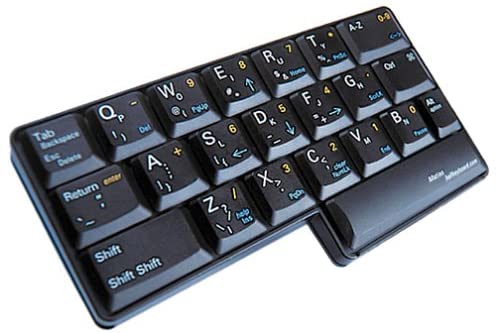 Some keyboards have the option of switching between the traditional QWERTY keyboard (using both hands), left-handed only mode, or right-handed only mode. When in the one-handed mode, the user holds the space bar (typically with the thumb) to convert the characters to the other half of the keyboard.

Image 4: Matias standard QWERTY keyboard which can be switched to one-handed mode. 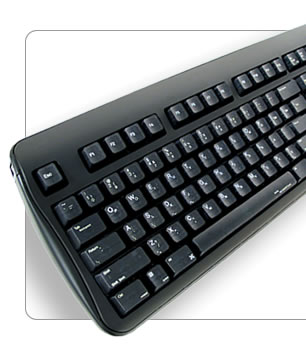