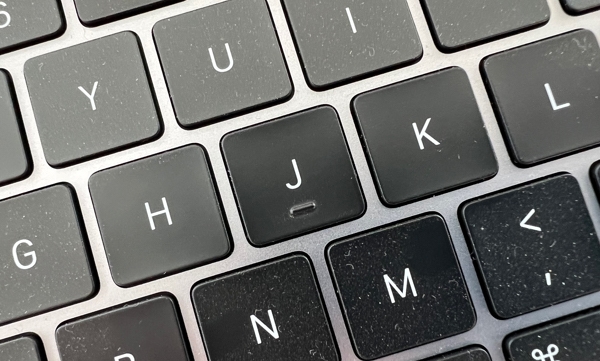 In the first post, 3 Steps to Becoming a Tech Power User, we learned about how students progress through different levels of navigation commands on their iOS device. In this post, we’ll see how these power tech skills transfer to navigating with JAWS or other laptop screen readers.

Tech best practices indicates that young kids begin their tech development using touch screen devices. Students learn to navigate using gestures before Bluetooth keyboard commands, and they use iOS rotor navigation features before the single letter Bluetooth keyboard commands. BLV students typically switch to using a computer for most educational tasks by the end of elementary school or the beginning of middle school. When students are comfortable navigating tablets with single letter keyboard commands, the transition to navigating efficiently on a computer is easy!

Note: VoiceOver commands on iPads, iPhones and Macs are the same.

The Single Letter commands are:

Note 1: To move backwards through the desired element, use the Shift key then the desired single letter. Example: Shift + H will move to the previous Heading.

When on a webpage, computer screen readers, such as JAWS use “Quick Keys” which are similar to the single letter keyboard commands. The same or similar commands are used to navigate by elements:

Note 1: To go backwards through the desired element, use Shift key then the single letter. Example: Shift + H will move to the previous Heading.