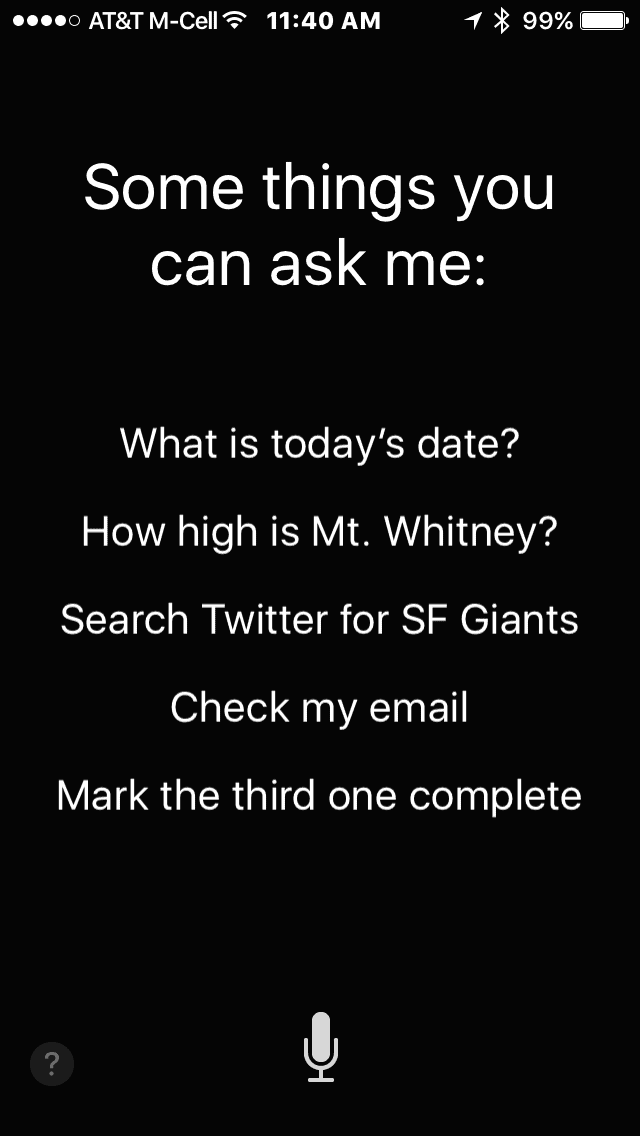 Siri and the Visually Impaired: Call Me Apple!

Learn how the blind and visually impaired are using Siri on their Apple products to perform a wide variety of tasks independently.

The following is originally from the Blind with Vision blog. When Apple first introduced the voice assistant Siri with the iPhone 4S in 2011, I can tell you that many people I know were thrilled to say the least. Siri with its ability to translate voice commands has the potential to make life so much easier for visually impaired individuals. Using voice commands to look up phone numbers and make phone calls is just the tip of the iceberg. In surveying my colleagues in the National Federation of the Blind of New Jersey’s Technology Division, I heard countless other use cases, including creating appointments with reminders, setting wake-up alarms, sending text messages, getting directions, checking the weather, getting word spellings and definitions and even performing basic math. In short, Siri assists those of us who can’t see by allowing us to use our voices to get things done just by asking. The wonders of modern technology never cease to amaze me. Many individuals use Siri on their iDevices, but only know a handful of commands. I discovered a complete listing of Siri commands compiled by applevis.com, a website for blind and low-vision users of Apple products, including Mac computers, the iPhone, iPad, iPod Touch, Apple TV and Apple Watch. You will find Siri commands for all kinds of inquiries. Here are some of the categories:

Despite the wonder of this amazing technology, there are definitely areas for improvement from my perspective. For example, those of us with speech impairments get frustrated with Siri. You know you said a word clearly enough, but Siri doesn’t interpret it correctly. Sometimes my “g” sounds like a “d” so Siri might have trouble that way even when I am speaking clearly. After several repetitions, I usually give up and enter my inquiry manually. I have read that researchers are working on technology that better recognizes unusual voices or speech patterns, so hopefully one day Siri will be able to learn how a particular individual speaks. This would make a big difference to those with speech impairments or people who speak with a hard-to-understand accent and allow us to use Siri more. No doubt, the next iteration of Siri will bring even more improvements that address some of the existing deficiencies. In the meantime, perhaps Apple developers would like to talk to some of us “real users” with disabilities? We see and hear things from a different perspective and can definitely offer some opinions and useful feedback. Call me Apple!