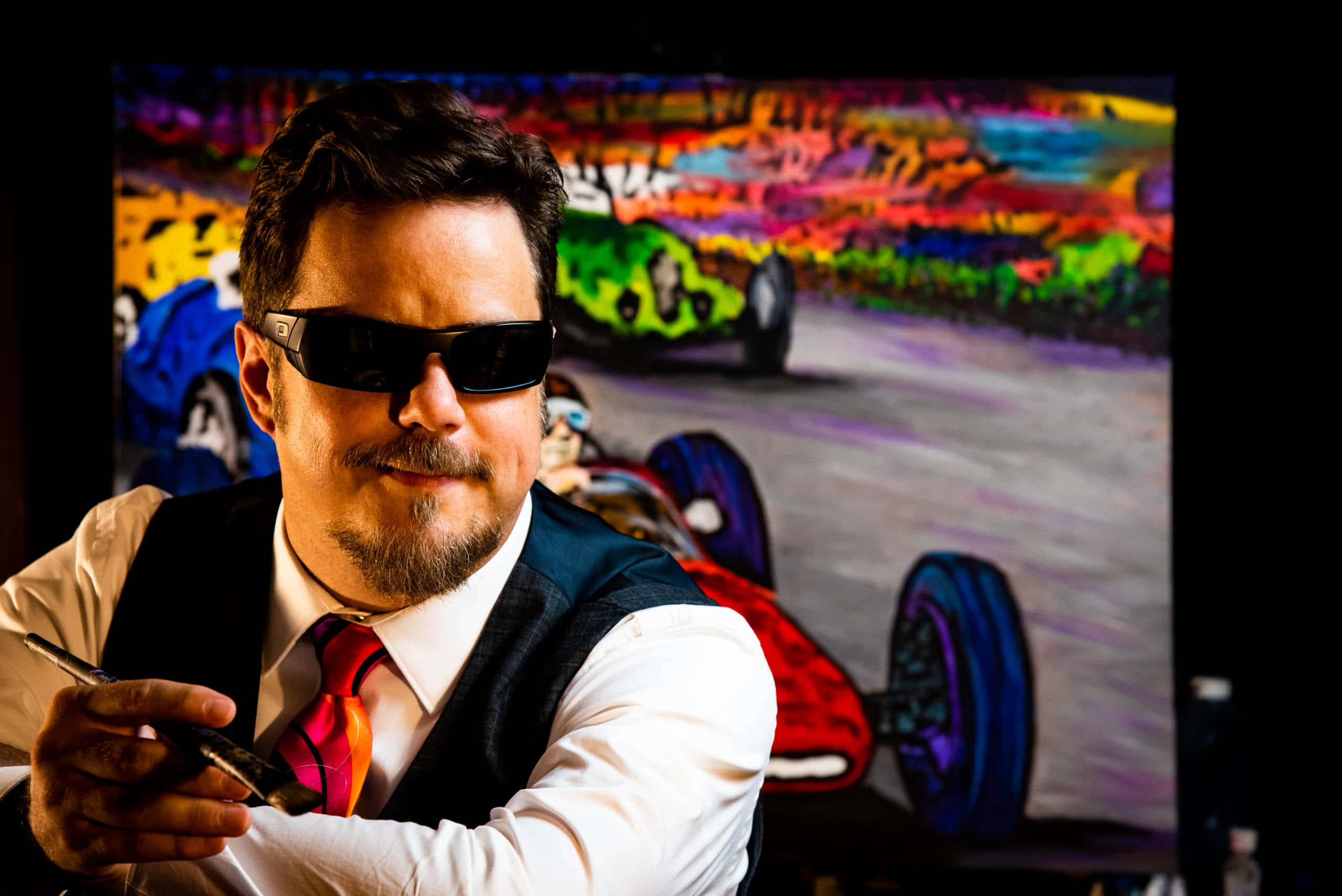 Self-expression in art and at work: a Community Conversation with blind painter John Bramblitt

Award-winning painter John Bramblitt has a unique perspective on color, self-expression and what it means to be visually impaired in a visual profession

In this Career Launch Speaker Series session, award-winning painter John Bramblitt chats with Kim Charlson, Executive Director of Perkins Library, and shares his unique perspective on color, self-expression and what it means to be visually impaired in a visual profession.

After losing his sight in 2001, John decided to pick up a paintbrush. He never expected anyone to see any of his paintings; he just knew he needed to reconnect with the visual world he had lost.

Since then John’s work has been featured in major news outlets and traveled the world. He has worked with celebrities such as Tony Hawk, Jeff Bridges, and Lyle Lovett, among others. In 2017 John partnered with Delta to paint a Boeing 737 promoting the Rock-in-Rio concert. John has received three presidential service awards for his innovative multi-sensory art workshops and has been named a Cultural Ambassador to the US.

Not only is John ranked as the #1 blind painter in the world, but he is also now the only blind muralist having completed projects in New York, Dallas, and Fort Worth. John has shared his story with audiences around the world for the past ten years, energizing organizations and motivating people to exceed their limits. John’s unique journey from the dark has enabled him to connect with a visual world and act as a beacon for others experiencing struggles. Learn more on his website, Bramblitt.com.

Kim Charlson has been involved with Perkins Library since 1985, and has been director since 2001, overseeing the library’s mission of providing accessible reading material to people who are blind or visually impaired. Charlson also oversees the FCC iCanConnect program, the National Deaf-Blind Equipment Distribution Program providing free communication technology and training to eligible individuals.

A distinguished expert on library and information services for people with disabilities, Charlson serves on several committees for the Library of Congress’ National Library Service for the Blind and Print Disabled and has contributed to numerous publications on braille and library services. She was the first woman president of the American Council of the Blind (2013-2019) and a member of the Accessible Books Consortium to support the Marrakesh Treaty. Charlson is the president-elect of the North America/Caribbean Region of the World Blind Union (WBU) and has a master’s degree in library science from the University of North Texas.

Access tech, advocacy, and living with blindness: A community conversation with Jonathan Mosen