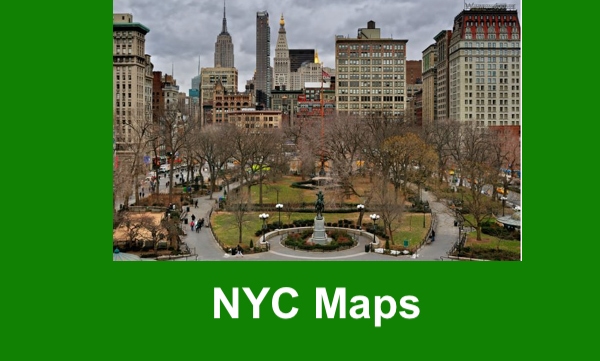 Have you ever wanted to learn more about New York City – known as the “city that never sleeps”? Here are two famous Big Apple areas: Union Square and Washington Square Park.

The lively Union Square neighborhood is anchored by its namesake pedestrian plaza and bustling park, which attracts a mix of professionals, street artists, students and protesters. The surrounding streets are lined with high-rise apartments and big-name chain stores, as well as casual eateries and cafes. The stalls of the long-running Union Square Greenmarket draw crowds for local produce and artisanal food. Laid out in 1832 and built in 1882, the park covers 9 acres. The park owes its name to its location at the intersection – or union – of two major roads in New York City.

Washington Square in Greenwich Village is one of New York’s most densely-used green spaces. Anchored by Stanford White’s iconic Washington Arch, it is a small park–barely 10 acres–with a long and colorful history. For nearly two centuries the Square has been a place to linger, to play, to celebrate or demonstrate. It functions not only as a public park beloved by locals, but also as a campus green, a crossroads, a performance space and a magnet attracting visitors from around the world.

Washington Square Park is named for George Washington (1732-1799), the commander of the Continental Army, who was inaugurated in New York City as the first President of the United States on April 30, 1789.

After the Revolutionary War, the city fathers of New York acquired some of this property for use as a potter’s field, a public burial place where poor and indigent people, mostly victims of yellow fever, were laid to rest. Epidemics continued to ravage New York’s population and after twenty years of use, the potter’s field was filled. Meanwhile city development was fast approaching the site. Pragmatic members of New York’s Common Council determined that the former cemetery would be a good location for a much-needed drilling ground for the city’s volunteer militia companies.  On July 4, 1826 – the fiftieth anniversary of the Declaration of Independence – the former potter’s field was officially declared the Washington Parade Ground. Leveled and landscaped, the new parade ground conferred a privileged status to the area and helped elevate the value of the surrounding real estate. The site became a public park in 1827. Following this designation, prominent families, wanting to escape the disease and congestion of downtown Manhattan, moved into the area and built the distinguished Greek Revival mansions that still line the square’s north side.

In 1838 the park hosted the first public demonstration of the telegraph by Samuel F.B. Morse.

The history and accessible maps can be used at remote or hybrid lessons.