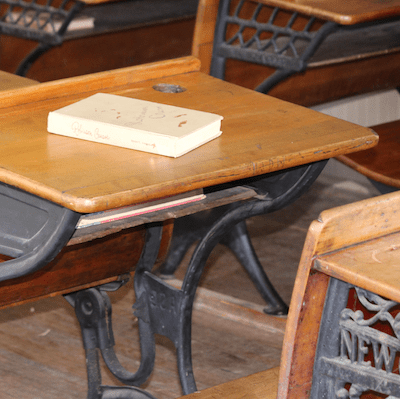 This physical science activity explores motion and force with students who are visually impaired to help them better understand Newton's First Law of Motion.

The activity described below gets everyone’s attention! Students with a visual impairment benefit from a chance to feel the weight of the various items placed on the tablecloth, as well as a chance to examine the table before and after the table cloth is pulled.

Inertia – the tendency of an object to keep its motion

Place a book on your desk. Does the book move? Unless you push the book, it will stay put just the way you left it. Imagine a spacecraft moving through space. When the engines are turned off the spacecraft will coast through space at the same speed and in the same direction. The book and spacecraft have inertia. Because of inertia, an object at rest rends to stay at rest. An object in motion tends to keep moving at a constant speed in a straight line.

You can see the effects of inertia everywhere. In baseball, for example, to overcome inertia a base runner has to “round” the bases instead of making sharp turns. As a more familiar example of inertia, think about riding in a car. You and the car have inertia. If the car comes to a sudden stop, your body tends to keep moving forward. When the car starts moving again, your body tends to stay at rest. You move forward because the car seat exerts an unbalanced force on your body.

Making Science Accessible: A Guide for Teaching Introductory Physics to Students Who Are Blind or Visually Impaired by Michele Engelbrecht and Kate Fraser. Watertown, MA: Perkins School for the Blind. (2010). Download the FREE PDF for this activity.