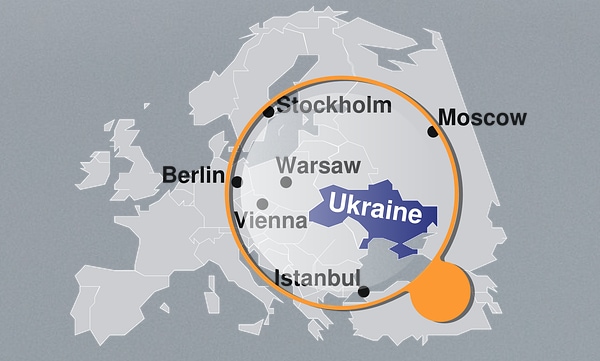 Use these maps to follow the current war in Ukraine.

The news is full of the Russia-Ukraine crisis; history is in the making and many classrooms are discussing the current events. What should students know? First, students need to understand who is involved and the history between the two countries.

Russia is a transcontinental country spanning Eastern Europe and Northern Asia. It is the largest country in the world by area, covering over 6.612 million square miles and encompassing one-eighth of Earth’s inhabitable landmass. Russia’s population is 144.1 million (2020).

Ukraine, a country in Eastern Europe, is the second-largest country in Europe after Russia. Ukraine covers 233,031 square miles with a population of 44.13 million (2020).

The Nightly News Kids Edition video below, explains the Russia-Ukraine history on a kids’ level. (Note: This video was created days before the war began; no fighting or battles are discussed.)

News for Kids is another news source with regular updates about the Russia-Ukraine crisis. This website has settings for different age groups.

For students/classes who are studying Ukraine, it is important to understand which countries border Ukraine. Below is an accessible SAS Graphics Accelerator Map that provides tags of the capitals in the bordering countries.

For students/classes who would like to dive deeper and follow the war, the next map shows where the ground fighting and air strikes are happening, along with information about areas that Russia is occupying (as of 2/28/22).

Tracking the Russian Invasion of Ukraine 1

The Tracking Russian Invasion of Ukraine 1 map is according to the New York times article (Monday, Feb. 28th at 11:45 am ET)

For more information about how to use the SAS Graphics Accelerator: