Use MadLibs to build social skills with students who are blind or visually impaired.

Several years ago, I conducted an adjustment and social skills group for transition-aged students with vision impairments. Part of the group each week was spent doing a game or other activity that engaged all members of the group. Although we did a number of fun activities, the biggest hit of all among the group was the game of MadLibs. This game encouraged students to speak up, to be patient with one another, and to share in mutual laughter over jokes they had created together.

MadLibs is a word game where one person prompts other players to fill blanks in a story before reading the story aloud. The group is prompted to come up with words to fit into that story based on the parts of speech (i.e. if the word is an adjective, the group can say anything from beautiful to shriveled to cantankerous as long as it counts as an adjective. Since the players fill in the blanks without knowing the story around it, the filled-in blanks often lead to a comical and nonsensical story. MadLibs is a fun game for children and adults alike. It requires an understanding of basic parts of speech (verb, adjective, etc.)). MadLibs is a game that works well for people with vision impairments because it is typically done orally. It is also a fantastic tool for building important social skills.

Students working on assistive technology skills can practice using the Internet to play this game with a group or can practice working with the iPhone voiceover feature by downloading a game app to use during this activity. 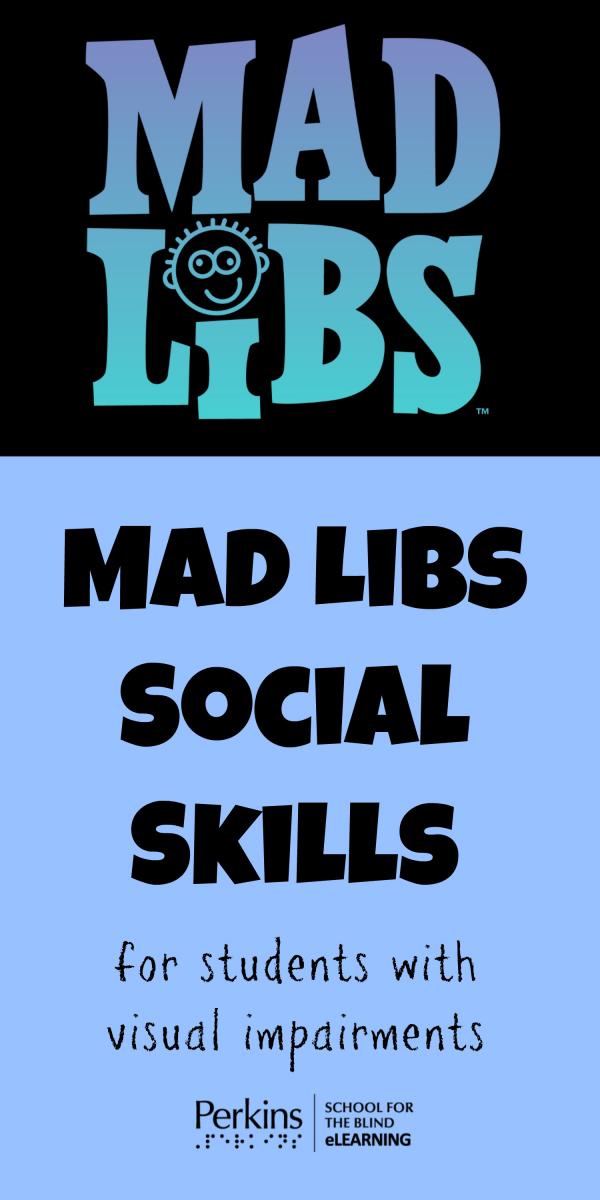