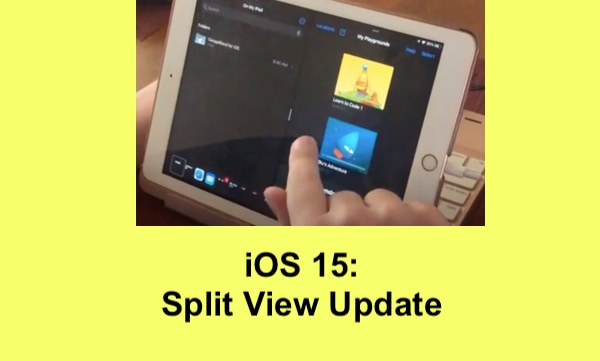 Hi! My name is Tyler Sheft. Today, I would like to show you how much easier using Split View with VoiceOver can be on iPadOS 15 and later. Split View is aimed primarily at sighted users who want to see 2 apps on-screen at once, but is also useful to blind users of VoiceOver who want to work with 2 apps at once with ease. It’s important to note that only Split View is VoiceOver-accessible, and not Slide Over, so Split View is the recommended option for VoiceOver users using multiple apps.

These new improvements mean less “double-tap-and-drag” to enter 2 apps into Split View. You’re also no longer limited to only the apps that you have in your dock.

Watch the embedded video for a demo of the new improvements made to Split View with VoiceOver on iPadOS 15 and later.