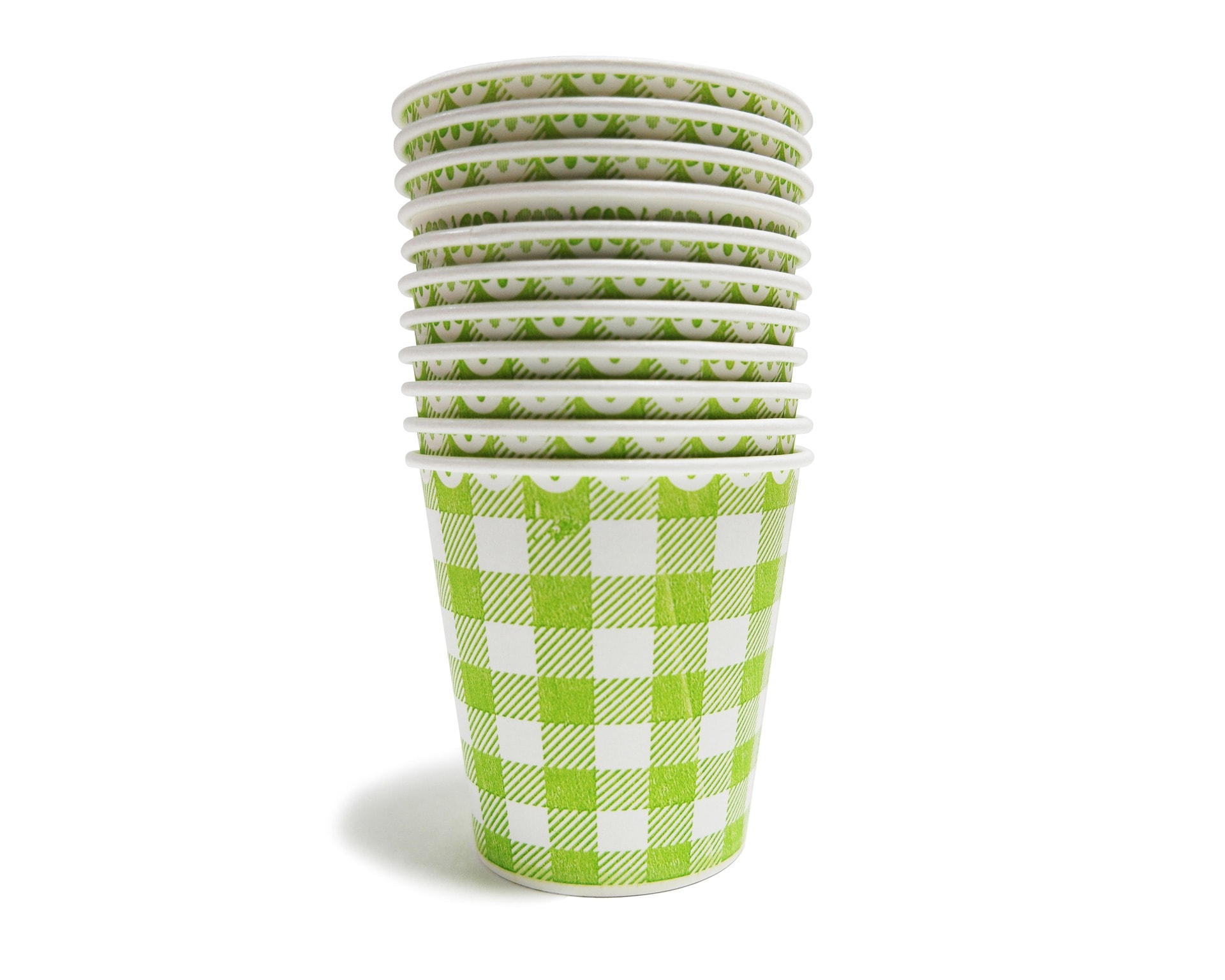 Hands-on activity for students who are blind or visually impaired to learn about inertia by building towers with paper cups.

This hands-on activity is an excellent introduction to Newton’s First Law, otherwise known as the Law of Inertia. Students learn that inertia is an object’s resistance to a change in motion. We begin this activity by having the class review the key terms of the lesson:

Inertia – resistance to a change in motion.

Equilibrium – When the net force on an object is zero. An object is in equilibrium if it is at rest or moving at a constant velocity.

Through discussion of these terms, students learn that if an object is at rest it will remain at rest unless an unbalanced force comes along and disturbs its equilibrium. Without the presence of an unbalanced force, the object will not experience a change in speed or direction. Additionally, objects with greater mass have greater inertia, which will come in handy during this activity.

The object of this activity is to observe the properties of Newton’s First Law by attempting to remove the notecards from a tower of wooden blocks without causing enough of a disturbance to the tower’s equilibrium to cause it to tumble. This is similar to another famous inertia demonstration; the tablecloth trick. That one can be found here (and is a fantastic demonstration to introduce the concepts with).

Because the cubes want to resist any change in motion due to their inertia, they will stay in place if the card is removed quickly enough. Try taking each notecard out separately, and once you have done this successfully, try again by having everyone in the group pull the cards out at the same time. Can it be done?…  You’ll have to be very precise!

Try this again, but this time use the paper cups. The paper cups have less mass, and therefore less inertia. This means they will have less resistance to a change in motion, creating an even greater challenge!

This multi-sensory activity provides tactile and auditory feedback for students with visual impairments, and is further adapted for students with varying fine motor skills. The string is attached to each notecard so as to make pulling the card easier, as well an enabling a greater number of students to participate at the same time. The instructor may build/rebuild the towers during the activity, or may choose to let the students do so. If the students create a wobble, unbalanced tower, it leads to a discussion on the force causing a disturbance to its equilibrium, which in this case is gravity.

Also, one student suggested that the notecards should have physics quiz questions written on them for bonus points! 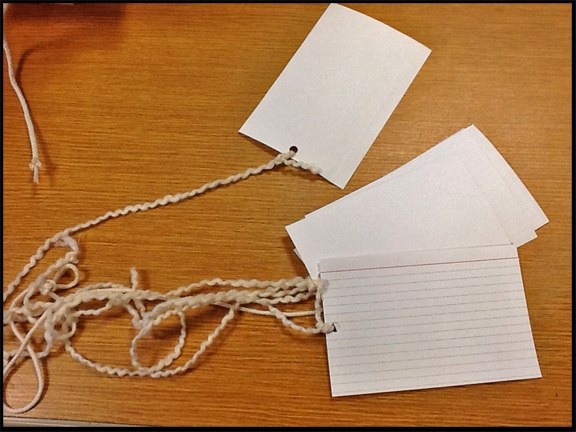 This activity uses wooden blocks, but the instructor may choose any stackable material they wish. In order to emphasize the relationship between mass and inertia it is best to use a set of identical materials (blocks, cups, coffee cans, etc.), and to use materials that provide auditory feedback. Prior to the activity, prepare the notecards by punching a whole on one end and tying a length of string through the hole. At the other end of the string, tie a knot, creating a grip. This activity can be done individually, or in groups of up to five students.

This variation may be viewed as a concrete introduction to the idea that objects with greater mass have more inertia and therefore require a greater force to accelerate. For the activity a large cardboard box was fitted with a long rope and handle. The students measured and marked off a starting line and finishing line. Using a constant force, each student took turns pulling the empty box from start to finish whilst being timed. For the second trial a volunteer got into the box and the student once again had to pull the box from start to finish, using a constant force, whilst being timed. Students observed that the mass of the box had increased dramatically, resulting in an increase in inertia. Much more force would have been necessary to create enough acceleration to match the first timed trial. *Safety measures must be taken to ensure that the student is able to safely climb in and out of the box, and that the volunteer is crouched low enough so as to avoid the box tipping when pulled. The instructor may choose to place an object, such as a classroom chair, instead.