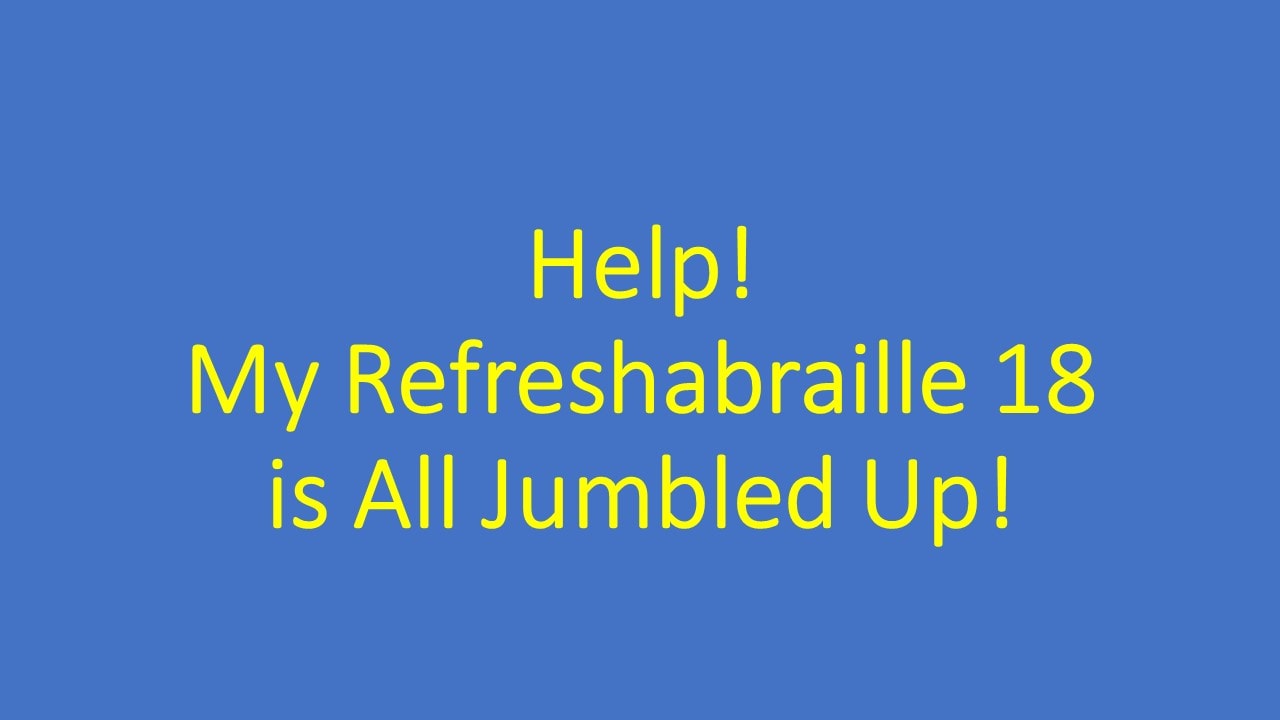 Help! My Refreshabraille 18 is All Jumbled Up!

The Refreshabraille 18 has a unique feature that allows users to flip the braille display, enabled with a quick shortcut.

If you are a Refreshabraille 18 user, you may have, at some point or another, found that your device’s braille display is all jumbled up!  My students have come to me saying, “Mr. Allen, it’s in a totally different language!” or “It’s all messed up,” or even the dreaded “I think it’s broken…”  Perhaps you’re finding this blog post because you’re experiencing the same thing, and if so I think I’ll be able to help you out!

If you think about the Refreshabraille 18 compared with other braille displays, what makes it different from most others available today?  One thing that stands out to me is that its braille display is at the “top” of the device, furthest away from the user, and the braille entry keys are closer to the user.  On most other devices, the display and entry keys layout is reversed.  Below is a picture of a Refreshabraille 18.

Why, then, would the Refreshabraille have its braille display at the top of the device?  The answer is likely so that users could easily share their display with other individuals sitting opposite from them; there would be no hands in the way to obstruct visual or tactile access to the display.  Now, this is where the jumbled display comes in!  Users complaining of this so-called issue likely already have their screens flipped!  So turn your device 180 degrees and see if it makes sense now!

If indeed your Refreshabraille’s display has been flipped, you probably want to know how to flip it back!  It’s simple:

The key combination to flip your braille display between user mode and flippped mode, press the left- and right-side black panning keys at the same time.  With a quick press and refresh of the display, you should be back in business!

Did this help you with your Refreshabraille 18?  Leave a comment if it did! Or, if it didn’t or you know of other braille displays with this same feature, let me know!