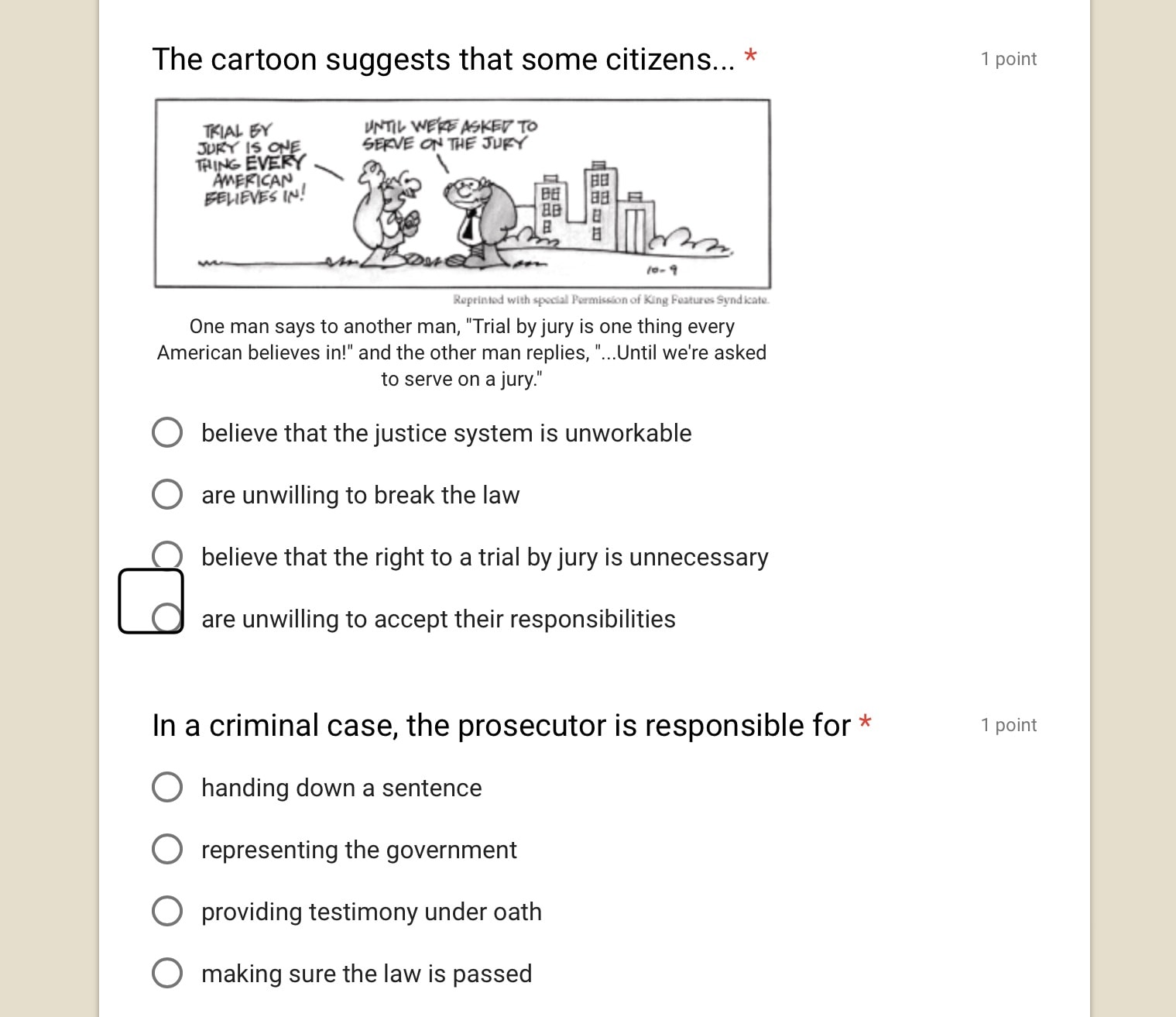 One accessibility challenge that some of my Visually Impaired and blind students faced last school year was independent access to the same form of multiple choice tests that their peers were taking.  Specific to Braille readers, we know that a braille version of the same test can be produced or a reader can read and scribe the answers for a student.  In the case of my high school student, she wanted as much independence as possible when completing classroom based assessments and quizzes.  One of my student’s Government teachers saw a need an filled it.  What did she do?  She created classroom tests using Google forms (view video below).  The wonderful benefits included all students were given the same test, the answers were submitted electronically, and there were multiple ways to input answers. My braille student was so happy to have access to such an accessible platform!  My student’s teacher also described pictures using text on the given tests when creating Google Forms.

My high school braille reader student used her iPad and Refreshable Braille device in the academic setting. Her teacher created Google forms for assignments including daily warm-ups, chapter tests, and daily classwork logs. As a TVI, I have set up Google forms to share with fellow staff to input information as it pertained to progress on the goals and objectives of my students.

Before exposing a student using a refreshable braille device and an iDevice (iPhone, iPod, or ipad) to the Google Form platform, it would be helpful to review the web language and terms that a student might encounter.  (View Web language and Terms post.)

To make your own Google Form, this video tutorial is veryhelpful:

Please leave a comment below if you have used Google Forms with your students and/or what ways you plan to use the platform in the future!

Editor’s Note:  The description of the featured image:

The Google Forms screenshot includes a cartoon and two multiple choice questions.  The cartoon description has the alt text description, ‘One man says to another man, “Trial by jury is one thing every American believes in!” and the other man replies, ” . . . Until we’re asked to serve on a jury.” ‘

The Google Form Questions on the example forms are:

The cartoon suggets that some citizens . . .

In a criminal case, the prosecutor is responsible for