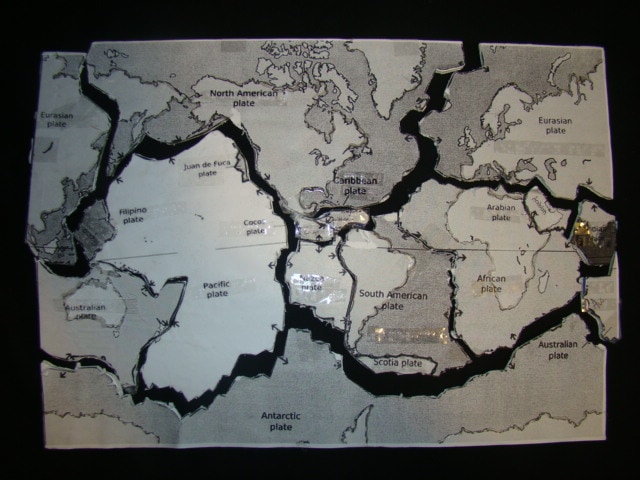 Instructions for creating an interactive model of tectonic plates for students who are blind or visually impaired.

The theory of plate tectonics states that the Earth’s crust is made of plates that move slowly toward or away from each other or past each other as they float on the molten rock below.  Earthquakes and volcanoes are the result of the movement of tectonic plates.  Scientists also theorize that continental drift is caused by their movement.

This interactive model of the Earth’s tectonic plates allows students to manipulate the individual plates and mimic the movement of the tectonic plates in relation to each other.

Processes that shape the Earth:

ESS2.B: Plate Tectonics and Large-Scale System Interactions
The locations of mountain ranges, deep ocean trenches, ocean floor structures, earthquakes, and volcanoes occur in patterns. Most earthquakes and volcanoes occur in bands that are often along the boundaries between continents and oceans. Major mountain chains form inside continents or near their edges. Maps can help locate the different land and water features areas of Earth. (4-ESS2-2)