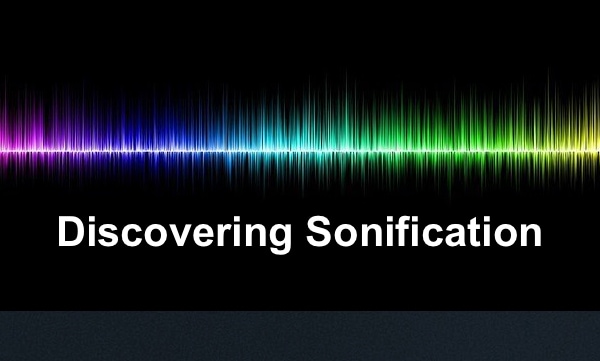 Learn more about sonification and the exciting future Ballyland Sonoplanet app which incorporates sonification into a game for young students!

This article was initially published on the Sonokids website and is reposted on Paths to Technology with permission.

In November 2019, Sonokids created Ballyland CosmoBally in Space. This free app about Ballyland astronaut CosmoBally and her travels in the Solar System is hugely popular. Space science is so fascinating, and, thanks to sonification, becoming more accessible than ever as well.

Sonification is the use of non-speech audio to represent information or data. Or:
“Sonification is the data-dependent generation of sound, if the transformation is systematic, objective and reproducible, so that it can be used as scientific method.”
(The Sonification Handbook Online – Dr. Thomas Hermann, Ambient Intelligence Group, CITEC, Bielefeld University.)

In February 2020 Sonokids was invited to join the founding meeting of the Sonification World Chat (SWC), an initiative of Kate Meredith, Director of GLAS Education Geneva Lake Astrophysics and STEAM, Lead Educator for the Innovators Developing Accessible Tools for Astronomy (IDATA) project. The SWC started off with just 11 members. At the moment of writing, more than 70 people are actively involved in this special group: astronomers, astrophysicists, scientists in other fields, composers, sound engineers, programmers, app developers, educators, communication and accessibility consultants, and more, some of whom are blind or visually impaired. Meeting monthly to discuss and share information on applying sonification to scientific data to provide accessibility for people who are blind or visually impaired.

Sonokids aims to help young children who are blind or visually impaired develop an understanding of the concepts of sonification form a young age, so that they can fully benefit from this technology in their access to education and science further along the way. Sonokids is developing an app with interactive sonification games: Ballyland Sonoplanet – where everything and everyone is sonified.

If you would like to learn more, please watch ‘Discovering Sonification – Where to Begin?’ (see video below) presented by Phia Damsma, Sonokids Australia, for the 2021 Online Conference of South Pacific Educators in Vision Impairment. With thanks to members of the SWC for generously sharing samples of their sonification projects. Please participate in the Sonokids Spaceflight ‘sonification quiz’ at the end of this presentation and share your comments and answers below, to help inform the development of the Ballyland Sonoplanet app.

Starting at 12:12 in the video, Phia describes and demonstrates sonfication in the exciting Ballyland Sonoplanet app (which has not yet been publicly released).