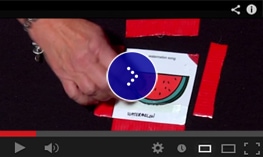 Color Highlighting for Children with CVI

In this video, Ellen Cadigan Mazel talks about color highlighting for children with Cortical Visual Impairment.

Children in phase II have a favorite color, it’s very important for us to assess exactly what their favorite color is. Color highlighting helps determine where is this object in space.

Highlighting in the environment is also important. Drop-offs, steps up — all will really help the child move independently through the space.

Ellen also share her ideas for color highlighting to help children with CVI to reach and access their environment. 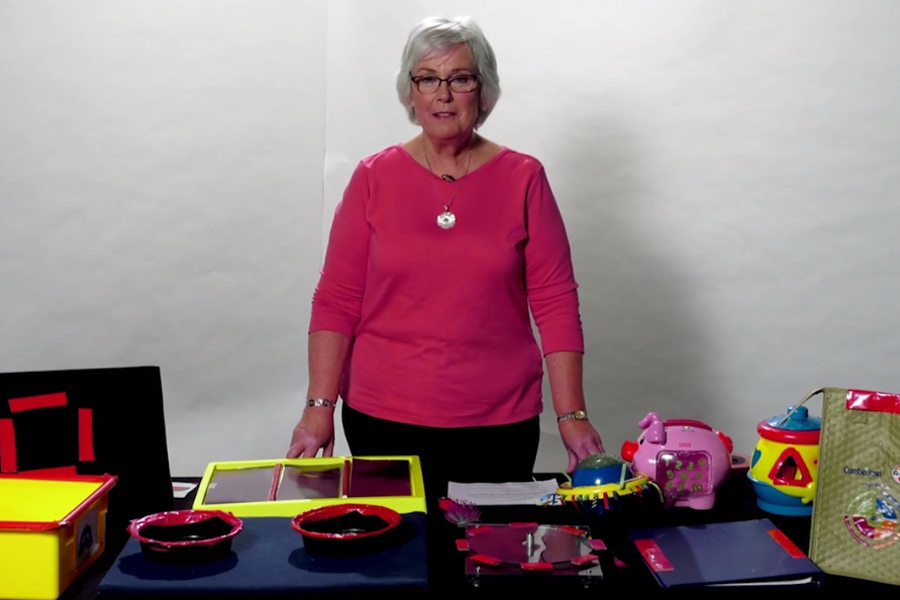 MAZEL: Hi, my name’s Ellen Cadigan Mazel, and I want to welcome you to this teachable moment. Today, we’re going to be talking about color highlighting for children with Cortical Visual Impairment.

Color highlighting time becomes especially important as children enter phase II of CVI. And phase II is as measured on Christine Roman’s CVI range. The goal in phase II is to function in the world, to reach, to access materials, to gain information, to build independence. Now that the child is exploring themselves in the environment, they’re combining their sense of vision with hearing, touch, smell, taste, and getting a full multi-sensory idea of what’s in their environments.

Students in phase II are beginning to use that more ventral stream vision, that detail vision that they need in order to function best in the world. They’re sustaining gaze longer and are able to learn longer sequences. Using color highlighting really will help children use this ventral stream detailed vision most effectively.

So color highlighting helps with several things. First of all, it helps where is this object in space. Children with CVI will struggle with relative distance. So where is this object in space. Or what’s the best place to grab this item or reach for this item? And how do I have something in my hand and put it into a smaller container or a smaller slot — again, that idea of relative space with vision.

Because children in phase II have a favorite color, it’s very important for us to assess exactly what their favorite color is. For most of the things here today, I’ve used red as the color highlighting, but that’s not always necessary. You have to really decide what the child’s favorite color is. And I don’t mean favorite color for their clothes. I mean what color draws their visual attention to the most effective degree. And that’s the color we want to use for different children’s highlighting. 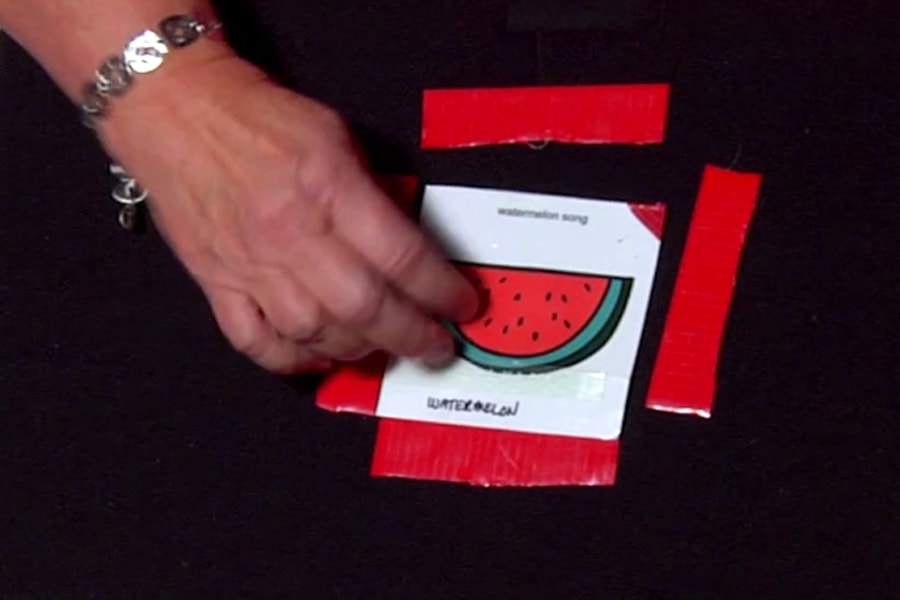 Now, once a child can do a task, we want to think about really removing the supports. So perhaps in the beginning, I take away one piece of the support, then the sides, and eventually the bottom, until they need no support for that particular task. So the idea is always to put the supports in place and then assess when you can pull those supports away.

When we think about what’s the best place to grab, we want to highlight that for children. So on a lunch box, the best place to grab would be the top, to keep the orientation. If you want the child to grab their notebook, perhaps highlighting both sides of the notebook so these are the places their two hands will go to then carry it to their locker or carry it to the teacher’s desk.

If you want them to pull down their own zipper, perhaps some color highlighting on the zipper will help them locate the zipper pull and be able to independently remove their coat. If I have the APH Spinner, the important part that I want the child to reach to is the tabs that will actually make this spin. That would be the salient feature I want the children to pay attention to.

If I want children to turn on toys independently, I would highlight the switch that operates the toy. And again, as the child gets familiar with this particular toy, I can reduce this highlighting. I’m not leaving it in place forever.

With the occupational therapist, she was using this pig, this musical toy pig. What’s the most important part of this pig when you want to operate it? It’s the slot. So once you’ve highlighted the slot, the child knows exactly where this material is supposed to go.

Red sorting trays — a child that you want to sort certain items by category — say, circles here, squares here — they have to know where each item is supposed to go. So just by color highlighting, this becomes very, very clear for the child where those materials go. And then they can show you their true cognitive skills.

Highlighting in the environment is also important. We might need to highlight door handles for children to get in and out of the room effectively. We might think about highlighting a chair so the child can move into a seat on their own. We might want to highlight the sides of walls going from one room to another, so the child has a distinct area that they understand that the space is going from one area to another. Any drop-offs get highlighted with some red highlighting or whatever the child’s favorite color is. Drop-offs, steps up — all will really help the child move independently through the space.

For most of the materials that I highlighted here, I used red duct tape. This comes in many colors, so you can find this match to your child’s assessed color preference. But you can also use what’s called gym tape or painter’s tape. The benefit of that is it removes easily. I know many of the schools that I work in don’t want me putting duct tape all over their room so it’s easy to remove. So that’s an option, too.

So color highlighting really, really helps children with those visual motor functions and for increased independence. So we want to use it very thoughtfully and in a very targeted way.

I hope some of these ideas for color highlighting have really helped you think thoughtfully about helping children with CVI to reach and access their environment. And that’s today’s teachable moment. Thank you.

For more information and other Teachable Moments, visit perkinselearning.org.

What is the leading cause of blindness?

Everyone Can Code: Swift Playgrounds