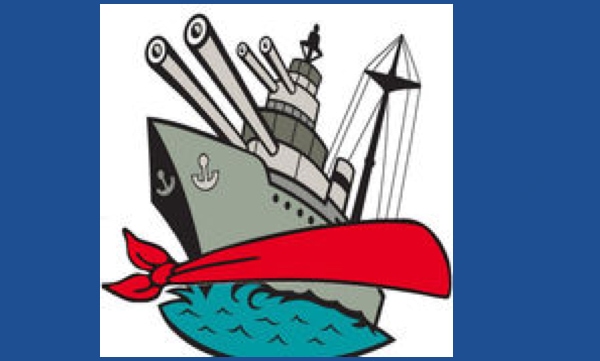 You sunk my battleship!

One person suggested the game Battleship, which is played on a 10 by 10 grid.  Our version is called Blindfold Sea Battle.

You and your opponent have 5 ships to place on your board, and ships vary from 2 to 5 spots long.  For example, the largest ship, a carrier, is 5 spots long, and can be placed horizontally or vertically, such as in position A1 to A5, or in A1 to E1, where rows are the letters A through J and columns are the numbers 1 to 10. Once both you and the computer player have placed ships, you alternate turns trying to guess where each other’s ships are.

When you guess a location, such as E5, you hear a missile launching and either a splash in the water if the missile missed, or an explosion when it hits.  Once you hit all the ship’s spots, it sinks.  The player who sinks the opponent’s ships first wins the game.

The first major enhancement requested was for faster ship placement.  While the computer player’s ships were automatically placed, you had to move to a spot on the grid, and swipe left or down to place your ship.  We added automatic random ship placement for you as well; now game is much faster.

About 20 years ago, Nick Berry, a technology consultant and president of DataGenetics, a data mining company based in Seattle, had meticulously laid out several strategies that improves your chances of sinking your opponent’s ships before she sinks yours.

His methods are battle-tested: Berry created computer algorithms to employ his strategies in hundreds of millions of simulations so he could calculate their respective success rates.   He found that the optimal way to play is to only guess at alternating spots.  For example, if you check spots A1 and A3, and both are misses, then a horizontally placed ship cannot be in spot A2.  Likewise, if you check spot A2 and C2 and both are misses, then a vertically placed ship cannot be in spot B2.

Using this strategy, you can eliminate half of the spots when searching for a ship.  Once you have hit a ship, you need to check that spot’s neighboring spots in all directions, to figure out where the ship lies.

You can get Blindfold Sea Battle here.