If a student is going to succeed in STEM, they need many skills including the ability to solve word problems and to locate and interpret information presented in graphics such as maps, bar graphs and box plots. APH has worked with the AnimalWatch Vi Team to make the two products they developed available to students who are blind or have low vision and are at the pre-algebra level. The first app, AnimalWatch Vi Suites, aligns with the Common Core State Standards for 5th – 7th grade students, focusing on word problem solving skills. There are 24 units and within each unit, 2 of the 6 problems use graphics (e.g., maps, bar graphs, illustrations, tables). Students can visually view these graphics within the app or access hard copies in large print or braille. TVIs will need to download and prepare the hard copy (PDF) print files or fuse (e.g., with your PIAF) the braille graphics. If your braille reader prefers hard copy braille of the text of the units, there are also downloadable .brf files for embossers. Both AnimalWatch Vi apps were designed to be accessible with VoiceOver. The layout is predictable, animal photos include alt text descriptions, and VoiceOver reads all buttons, text, etc. However, the math charts and graphs are not intended to be accessible with VoiceOver as VoiceOver may give away information the student needs to find and interpret. In order to move through the material,  braille readers must have a braille copy of the graphics. Most students with low vision will want paper copies of the graphics, rather than using the graphics on the iPad screen. Graphics can be purchased in print, Nemeth Code within UEB contexts or UEB. (Purchased hard copies are only available for AnimalWatch Vi: Graphics.)

Which AnimalWatch Vi Should I Start With? 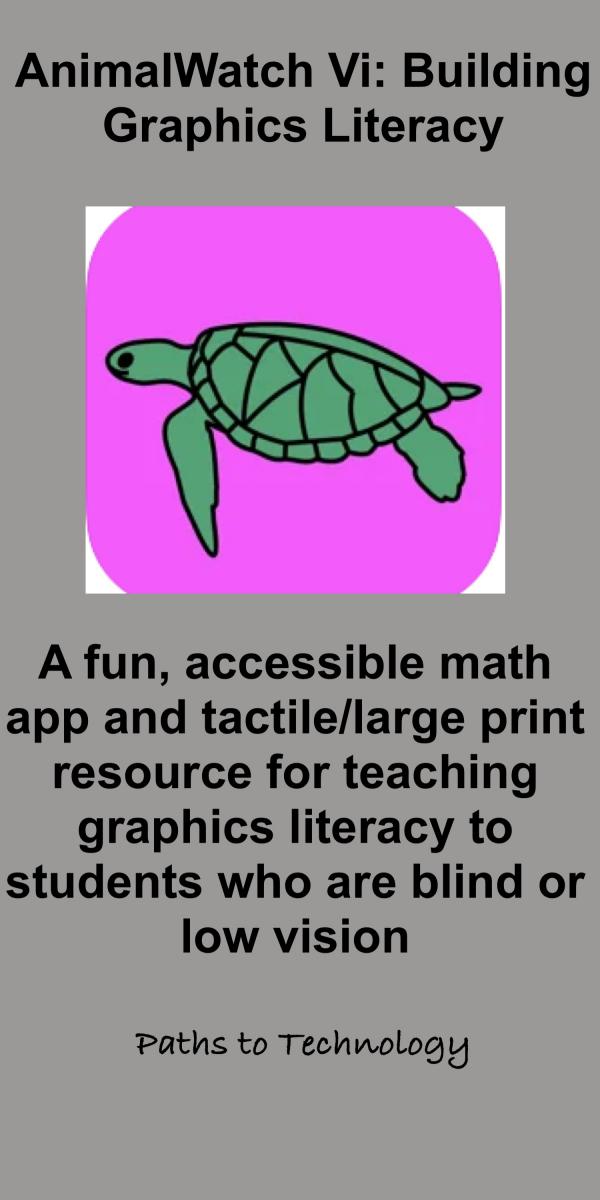