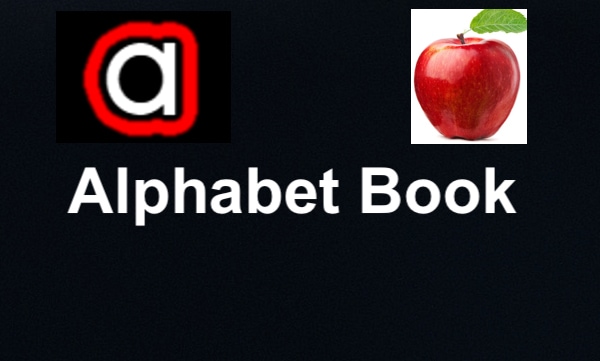 Here's a great book to introduce letters and phonetics to emerging readers with CVI!

Emerging readers need exposure to letters and phonics early – including emerging readers with Cortical Visual Impairment (CVI). This lowercase alphabet book was created by Hope, a high school student interested in creating accessible book resources for students with visual impairments. Hope collaborated with Stephanie, a TVI, to learn about using word bubbles for students with CVI. Students with CVI often require a whole word approach when learning to recognize letters and words. Developed by Christine Roman-Lantzy, the bubble strategy enables children to interpret the shape and salient features of a word. The letter or word is outlined in red and is placed on a plain black background.

In her Lowercase Alphabet book, Hope used the word bubble approach with each letter. She also incorporated the CVI strategy of placing each letter in a different places on the screen, encouraging the student to look for the letter. Each page in her book is either an individual letter or an image of an object that begins with that letter; starting with the letter “A” going through the alphabet to the letter “Z”. Example: The first page is the letter “A” and the second page is a picture of an apple. Carefully chosen pictures were used with real objects and uncluttered backgrounds.