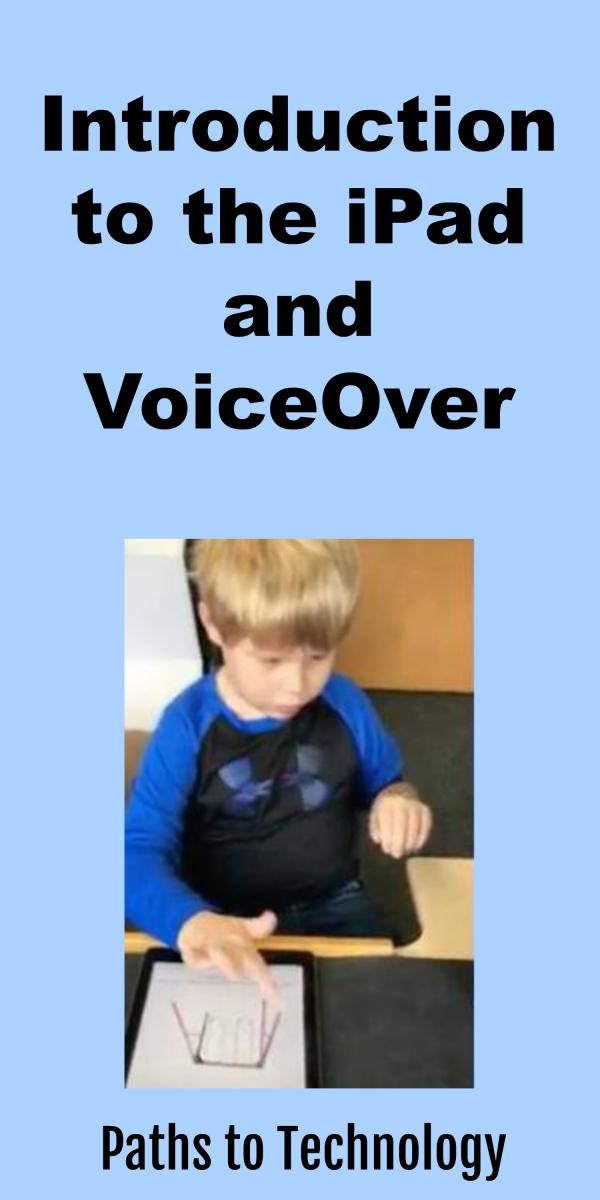 Aedan: Introduction to the iPad and VoiceOver

Follow Aedan's journey as he learns to use an iPad with VoiceOver.

For 6 year old Aedan, using the iPad is an exciting part of his day. Aedan is in the beginning stages of using the iPad with voiceover gestures and cause effect relationships. His excitement and eagerness to interact with his device is huge factor in his motivation. After I attended a workshop called Tech for Toddlers sponsored by Perkins School for the Blind, I have jumped right into introducing all basic VoiceOver gestures using many apps shared at this workshop, as well as the built-in VoiceOver gesture practice on the iPad. Due to his short attention span, I began with relatable apps in order for him to be excited to use the iPad. One of the apps I used was Pictello. This app is great for students who love music and stories about themselves or social stories for children on the spectrum. This particular story is about his day at school.  Not only does he need to listen to the story, he must tap once at the beginning of each page to hear the audio feedback. Eventually, the goal is for him to be able to turn each page independently. This is also the beginning stages in the cause-effect relationship for the iPad. He knows that if he taps once, he will hear the story read to him.

Video of Aeden using the iPad with Voiceover to turn the pages in his Aeden’s Day in School Pictello book.

He now has progressed from cause and effect to being able to orient the iPad to find Pictello.

Within three weeks he went from needing maximum assistance to being able to orient the screen to find an app and is playing the Ballyland Magic Show app.