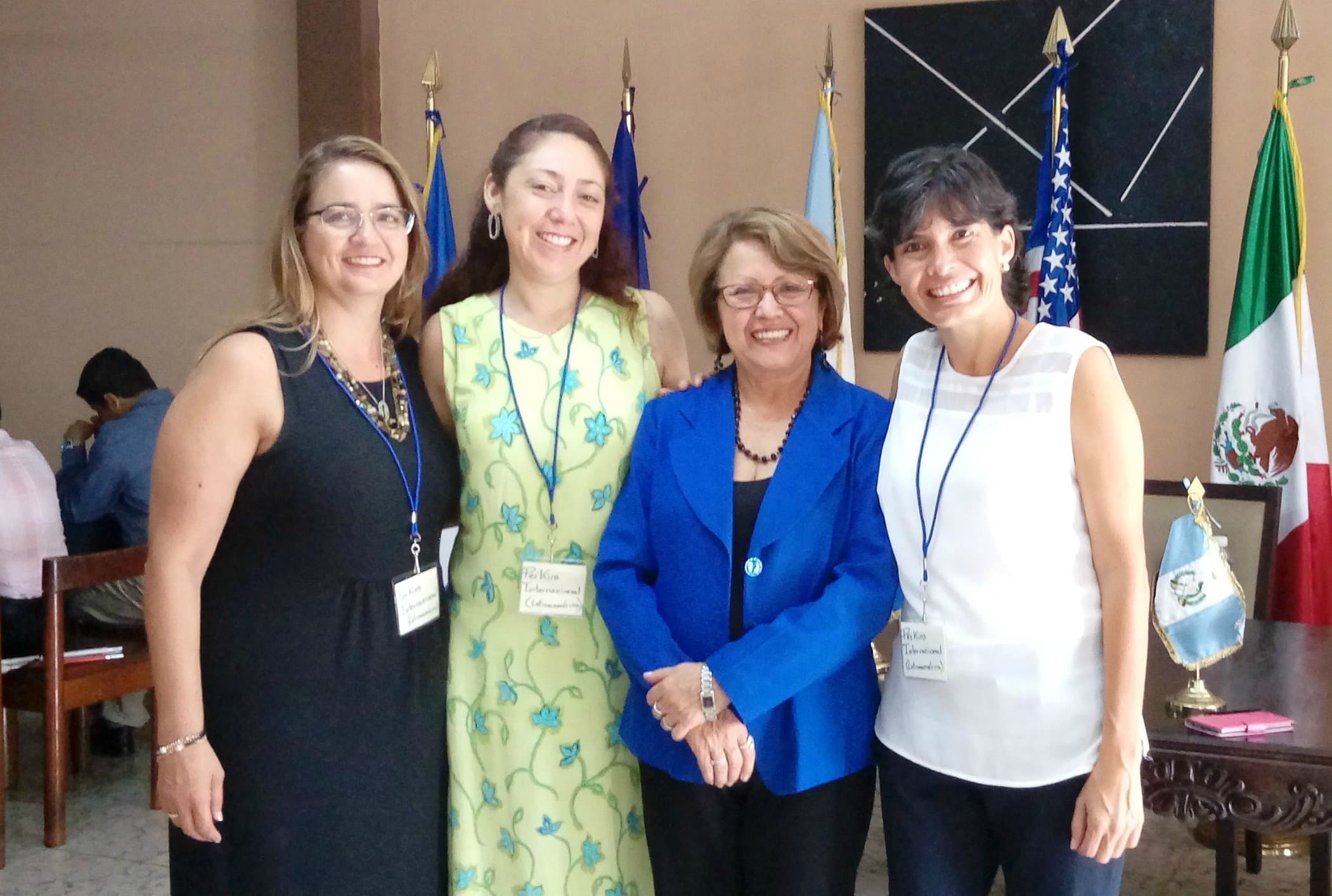 Sixteen special educators from Central America have graduated from the region’s first-ever certified training course in multiple disabilities and deafblindness.

Held over two weeks in August, the Perkins International Academy course was part of Perkins’ newly-launched effort to increase the global supply of qualified teachers and reach the world’s most vulnerable children.

Course participants included special educators, therapists and related professionals from El Salvador, Guatemala and Honduras. The training was held at the Eugenia de Dueñas School of the Blind in San Salvador, El Salvador.

“The coursework was very intensive but we had an enthusiastic group,” said Marta Elena Ramírez, Perkins International’s regional representative for Mexico, Central America and the Caribbean. “Every participant was so focused on improving the quality of education for students with multiple disabilities in their home countries.”

Launched in June at the United Nations, Perkins International Academy aims to equip 1 million teachers by 2030 with the knowledge and skills they need to effectively teach students with multiple disabilities and deafblindness.

In developing regions like Central America, where resources are scarce and poverty is widespread, educational programs for children with multiple disabilities are often insufficient or nonexistent. Without proper training, teachers can struggle to meet their unique learning needs, leaving them on the margins of society.

“These children need a quality education to open up their world,” said Gloria Rodriguez-Gil, Perkins International’s regional director for Latin America and the Caribbean. “That’s why we’re on a mission to train more teachers.”

Perkins International conducted the training in cooperation with the national ministries of education in El Salvador, Guatemala and Honduras as well as FUNDAL, Central America’s leading deafblind program and a longtime Perkins partner.

The training was the first Perkins International Academy course to be held in-person in Latin America. Previous courses in Argentina have been conducted online in conjunction with the Universidad Católica de Córdoba.

“We’ve proven that both methods of training can work well in the region,” said Rodriguez-Gil.

Perkins International Academy is designed to help governments meet their commitment to U.N. Sustainable Development Goal 4, which calls for a quality education for all children – including those with multiple disabilities – by the year 2030.

Rodriguez-Gil said the course in Central America is just the latest example of Perkins International’s close working relationship with governments in the region.

“They trust Perkins as an organization because we’ve been working in Central America for more than 20 years,” she said. “We’re investing in teachers and strengthening the educational system in an effort to help their most vulnerable children.”