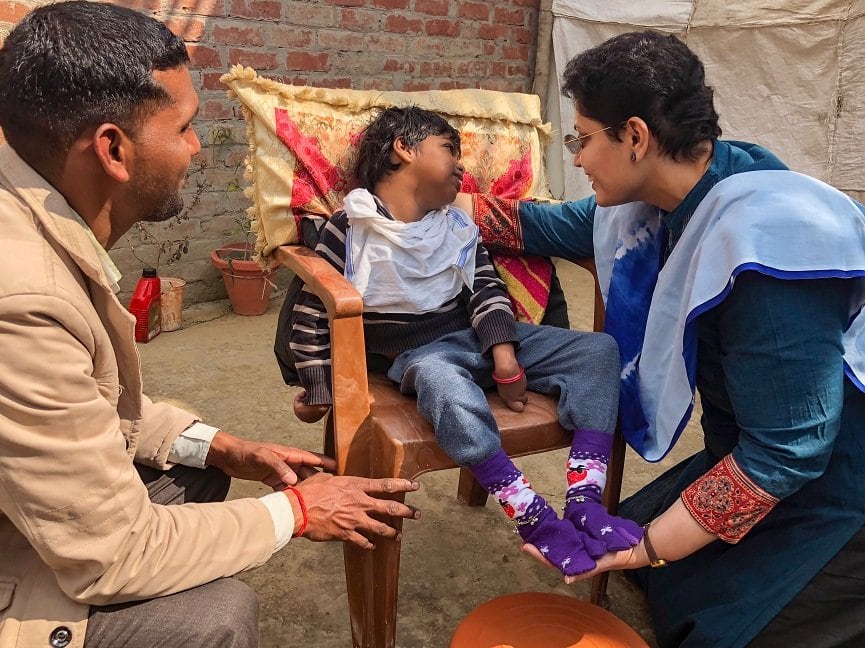 Sampada Shevde came to study at Perkins School for the Blind in the late 90s to learn how to improve life for children with deafblindness in her native India.

Now, 20 years later, Perkins has awarded her the prestigious Anne Sullivan Macy Medal for outstanding contributions to the deafblind community, a reflection of her dedication to uplifting and educating the most vulnerable children in her country.

“Sampada is growing impact by developing future partnerships and programs, including collaborations with government organizations, teachers and families,” said Katie Holland, Executive Director of Perkins International. “In addition to these significant accomplishments, Sampada is also recognized by her colleagues for her supportive approach, tireless dedication and great sense of humor.”

A 1999 graduate of Perkins’ own Educational Leadership Program (ELP), Shevde today serves as the Country Head of Perkins India, the organization’s new initiative to help children with visual impairments and additional disabilities in the world’s second most populous country. In the role, she oversees local operations while developing the cross-continental program.

“The main objective has always been to create educational opportunities for children with vision impairment and additional disabilities,” Shevde has previously said of her work. “This is what makes me proud to work for Perkins India.”

She also works as visiting faculty at the National Institute for the Hearing Handicapped in Mumbai and has held past positions at a variety of renowned institutions in India, including Sense International and the Helen Keller Institute for the Deaf & Deafblind. Earlier this summer, she was named “best alumnus” by her alma mater, SNDT Women’s University Mumbai, marking the first time the school recognized a graduate for contributions to the field of disability.

In accepting the Anne Sullivan Macy Medal, Perkins’ most prestigious award, Shevde joins an impressive group of past winners, including former President George H.W. Bush, who signed the Americans with Disabilities Act into law, and former Senator Edward M. Kennedy. She also joins an equally impressive list of  Perkins staff members have won the award, including Marianne Riggio, Director of the Educational Leadership Program, and Martha Majors, Education Director of the Deafblind Program.

2022 International impact at a glance