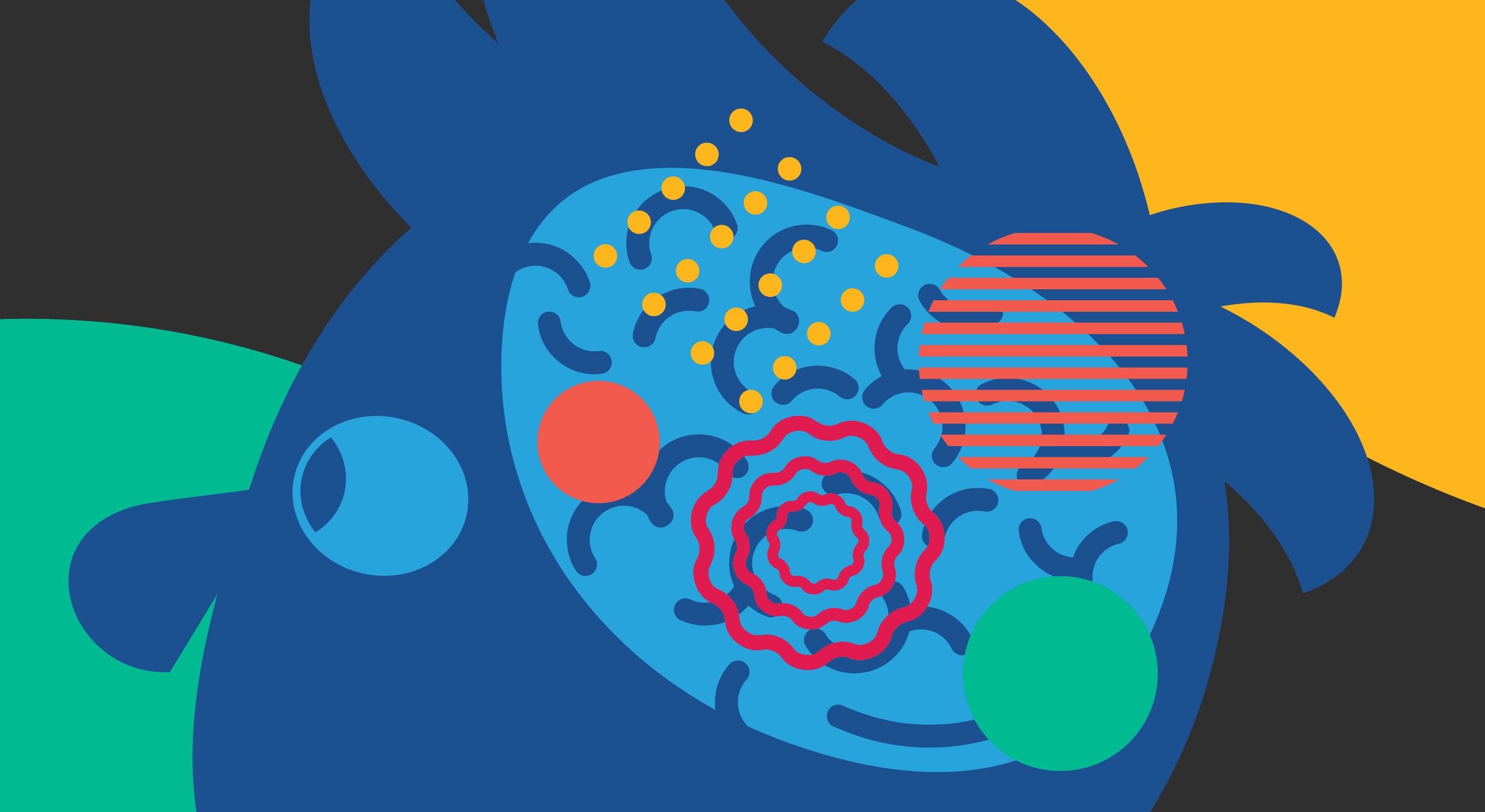 This is the second article in our five-part series about the visual system.

Picture a marionette puppet. It moves seamlessly—but, behind the scenes, someone is meticulously pulling the strings. Our oculomotor system is similar. The oculomotor system is part of your central nervous system, and it works to maintain your visual stability and control your eye movements. It’s a precise system that depends on all parts working properly.

“Oculomotor” refers to eye movements—and a lot happens inside our brains to make us look side to side, up and down, focus using both eyes, and more. It also incorporates many brain regions and processes: sensory, motor, attentional, and executive. For our eyes to function, everything has to be coordinated just like that marionette.

This coordination depends on the fovea, which is responsible for your retina’s visual acuity, seeing the details of objects and providing sharpness to that detail. It needs to be focused properly toward an object and remain stable; otherwise, your vision will be blurry or you might see double (this is called “diplopia”).

There are four major types of eye movements:

Ready to learn more? Watch this clinical exam of the oculomotor system.

When eyes make uncontrolled, repetitive movements, it often results in reduced vision and depth perception. This can affect balance and coordination, making it tough to run and play.

Sometimes these movements are side to side. Other times, eyes move in circles or up and down. It’s completely involuntary. Often, people with nystagmus hold their heads in unusual positions to compensate for the motion and to find their null point (where their vision is best). It’s tiring! Your child might feel fatigued and cranky.

With “infantile” nystagmus, babies develop involuntary horizontal eye movements by about three months old. Often, this is related to underdeveloped optic nerves. When older kids—from about three months to age six—get nystagmus, it’s called “spasmus nutans.” These children often nod and tilt their heads, and the condition improves on its own.

Nystagmus is diagnosed through a comprehensive eye exam. If you notice your baby or toddler squinting, having trouble focusing, or if their eyes are moving involuntarily, see a doctor of optometry or ophthalmology as soon as possible. Your child might need an ear exam, a neurological exam, or a brain MRI to pinpoint the underlying cause.

There’s lots of help for kids with nystagmus, including large-print books, lighting modifications, and glasses to improve vision. Depending on the person, nystagmus can cause visual fatigue and headaches, so proactive visual breaks are an important support.

Check out The CVI Society’s blog: Nystagmus “What We See”.

This is a misalignment of the eyes.  You might hear it called an eye turn or “crossed eyes,” too. It’s a common issue, affecting about 4 percent of the overall population. In fact, one landmark study showed that of 121 children with CVI, 80 percent had strabismus.

Strabismus usually develops by age three. (Sometimes babies appear to be cross-eyed, but this is often due to a wide nose bridge or extra skin in the corner of the eye. It goes away with time.) If your child is older than four months and appears to have crossed eyes, blinks often or squints, or frequently tilts her head to look at things, it’s important to consult a doctor of optometry or ophthalmology for an evaluation.

Strabismus and its treatment is a popular topic in the CVI community. Here are some helpful pointers:

As your child’s functional vision, visual attention, fixation, and visual recognition improve, it’s possible that strabismus can improve, too. Your child might be better able to fixate and engage more in visual tasks. (Remember, each child with CVI is unique, so this is case by case.)

There are many treatments for strabismus, including patching, eyeglasses, prism lenses that help reduce eye-turning, and eye-muscle surgery. Your doctor can help determine what’s right for your child. If your child has CVI, or is suspected to have CVI, it’s so important to consider that when making treatment choices.

For kids with CVI, difficulty with clutter is exacerbated even more, so the need for increased spacing, masking of competing background complexity, lines guides, and reduced visual clutter becomes a bigger issue with the co-occurrence of strabismus and CVI.

Other ocular motor conditions can co-occur with CVI, too. It’s important to work with an optometrist or ophthalmologist to identify these impairments. Then, you can understand the impact of these conditions on visual access.

Learn more about assessment, and learn more from Dr. Nicole Ross about co-occurring ocular conditions and how she evaluates and diagnoses CVI.

Go to the next article in this series: The visual pathway from the eye to the brain. Trace vision from the retina to the visual cortex in our brain, learn about what happens when something goes wrong along the way, and visual field loss in kids with CVI​.