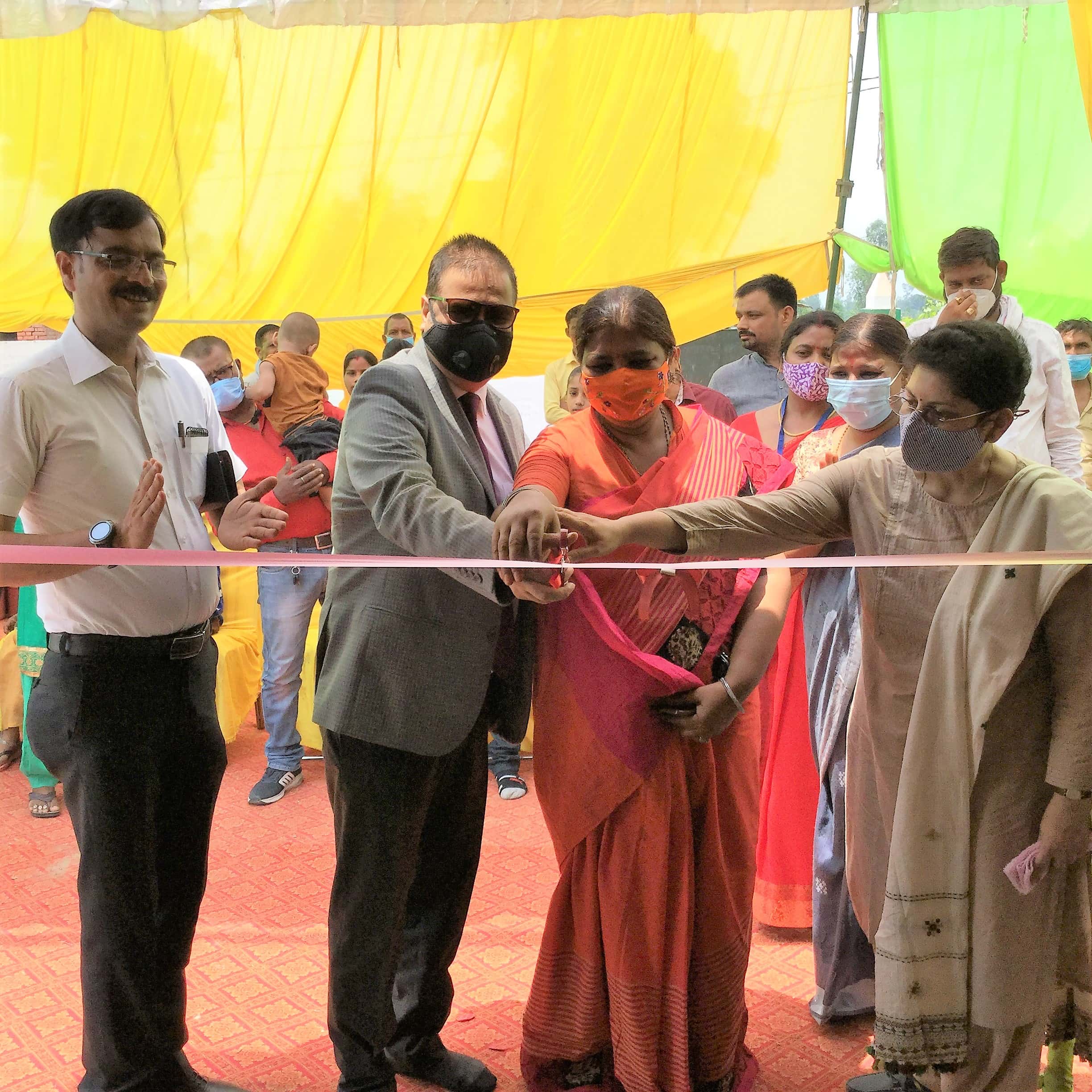 Perkins India, in partnership with Jayati Bharatam, initiated the first ever Community Intervention Centre for children with Multiple Disabilities and Vision Impairment (MDVI) in the Gosaiganj block of Lucknow district, with the generous support from the officials of Gram Panchayat Semnapur. The officials of the Gram Panchayat extended their support by donating 2 rooms and a courtyard to facilitate educational, health and therapeutic interventions for 15-20 children with MDVI from the Gosaiganj and Chinhut areas.

The partnership will bring these essential services under one roof for children and their families. At the same time it provides an opportunity for parents to come together for greater involvement in the intervention of their children.

The unconventional nature of support extended by the office bearers of the Gram Panchayat evinces Perkins India’s commitment to a collaborative approach with local communities to deliver services in a sustained manner.

The Intervention Centre was inaugurated on July 16, 2021 in the presence of the Chief Guest Shri. Vinod Kumar Shahi, Advocate General, State of Uttar Pradesh; representatives from the Block Development Office, Gosaiganj block; and members of the Gram Panchayat.

Chief Guest Shri. Shahi praised the initiative and the work being done through Perkins India and Jayati Bharatam for children with MDVI in Lucknow and Sitapur. He said, “This is a much needed initiative by Perkins India and Jayati Bharatam and a blessing for many families and children with disabilities. This should inspire many other organizations to initiate such community intervention centres.”

Doing what we can, where we are, with what we have