After being assigned to work with Helen Keller as she updated The Story of My Life in 1923, Braddy Henney became a close friend of Keller, Anne Sullivan, and Polly Thomson 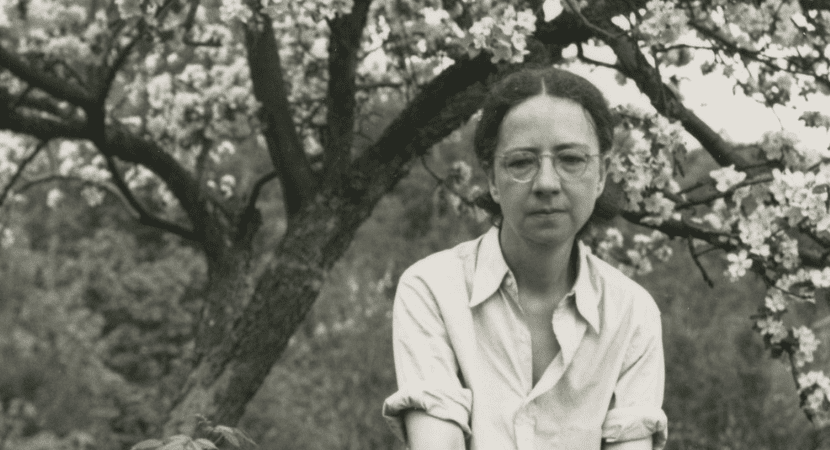 Nella Braddy Henney was born in Leslie, Georgia on November 28, 1894. The family lived in Sumter County, Georgia. Nella married Keith Henney on August 28, 1926. She attended Wesleyan College (Macon, Georgia) and then Converse College in Spartanburg (Georgia), where she earned a bachelors degree from in 1915 and was awarded an honorary degree in 1934. She attended Columbia University for graduate school.

From 1919 until 1938, Nella worked at Doubleday as an editor of books, encyclopedias, and anthologies. In 1923, she was assigned to work with Helen Keller when F.N. Doubleday encouraged Keller to update The Story of My Life (Blue, 703). Nella quickly learned the manual alphabet so that she could speak directly to Keller. She became a close friend and wrote the first published biography of Anne Sullivan (Teacher: Anne Sullivan Macy), that was published September 13, 1933. She continued to work with Keller while writing the biography.

The Henneys owned a house on Foss Mountain in Eaton, New Hampshire that became an important refuge to Keller, Sullivan, and Thomson. In the photograph above, Nella is sitting on a rock under a flowering tree on Foss Mountain in 1940. The Henneys spent their summers there and lived in Garden City, New York the rest of the year. Keller and Thomson visited in 1938, 1946, and 1956.

Nella frequently visited Arcan Ridge, Keller’s home in Connecticut, and Keller and Thomson traveled into New York City so the group could have lunch or dinner at the Harvard Club or another restaurant.

In the late 1950s, Nella introduced Keller and Thomson to William Gibson, who was developing The Miracle Worker as a screenplay based on Nella’s biography of Sullivan (Blue, 705). She took great pride in the success of The Miracle Worker.

Nella served as Keller’s power of attorney and as her agent in literary matters before their relationship ended in 1963. She intended and hoped to write a biography about Thomson as she did for Sullivan, but the book never got written (Herrmann).