Hailing from Brazil, Chile and El Salvador, three professionals hope to improve life for children with multiple disabilities in their countries. The class of 2020 is no different. Three of this year’s 13 participants hail from Brazil, Chile and El Salvador. And like graduates before them, they’ve come to the U.S. to learn how to improve life for the most vulnerable children in their home countries, all while developing the skills necessary to step into more systemic leadership roles.

“In Latin America, as around the world, there’s a tremendous need for committed educators who are highly skilled to work with children and young adults with disabilities,” says Gloria Rodriguez-Gil, Perkins International’s Director for Latin America. “It’s equally important to the region that we develop changemakers, people who can elevate entire education systems.”

The Perkins International Educational Leadership Program is a flagship of the International Division of Perkins School for the Blind. In 2020, it’s celebrating 100 years of reaching the most vulnerable children around the world by training educators to better serve children with visual impairment and multiple disabilities.

The region is represented in the program this year by Kaique Manuel, a physical therapist from São Paulo, Brazil; Carmen Mariano, an academic coordinator and supervisor from Santiago, Chile; and Natalia Lopez Cerna, a teacher of children with deafblindness and multiple disabilities from San Salvador, El Salvador.

While studying at Perkins, each hopes to learn different things to maximize their impact upon returning home. 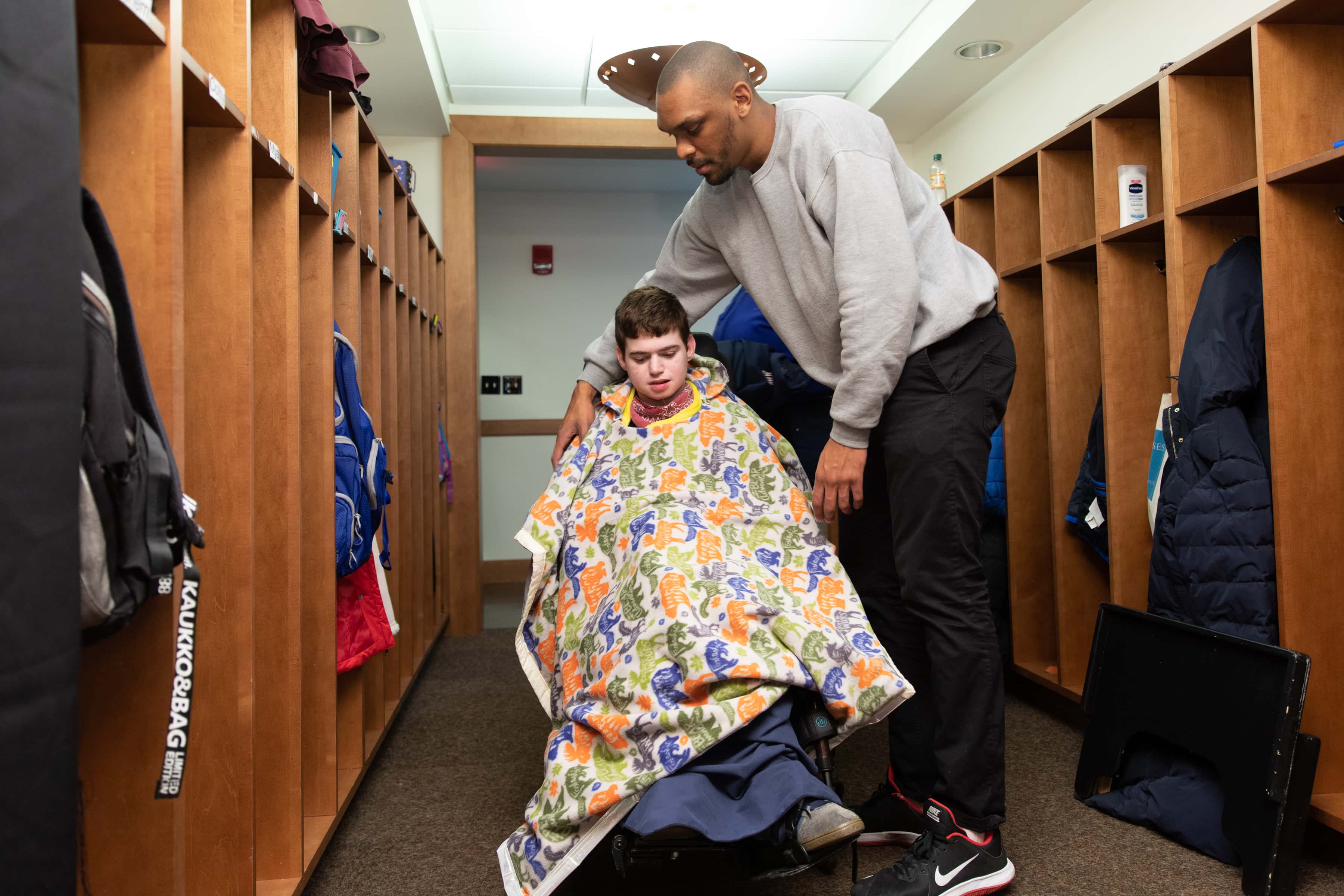 Manuel, for instance, hopes to learn how to better communicate with children who have multiple disabilities and sensory loss, both for his own work and so he can share that knowledge with families and peers. That wasn’t a focus during his formal education, he says, and that oversight has made his job much harder.

“I remember, I was once trying to evaluate a child who was deaf and had autism, and I needed to take her jacket off,” he says. “She was looking at me and didn’t know what was going on. I tried to find a way to communicate with her, but I couldn’t. It was really frustrating. I just wanted so badly to help her.” Similarly, Lopez Cerna, the first from her country to participate in the program, hopes to share what she learns at Perkins with peers in different parts of El Salvador.

“My foundation is the only one that specializes in serving children who are deafblind or who have multiple disabilities,” she says. “It’s very difficult for people to come to us if they don’t live nearby. I’d like to learn more, so I can expand what we do, and share our knowledge with organizations in other areas.” Indeed, while they each have personal goals, they all have that desire to share what they learn at Perkins with families, peers and other collaborators. In fact, this is a critical element of the international educator training done at Perkins: The ability to share knowledge with individuals who return home to then share what they learned with many more.

“It’s crucial that others can observe them and replicate these practices,” adds Rodriguez-Gil. “We want to see a grassroots expansion so every child can access a quality education.”

Program graduates expand the reach of Perkins International, functioning as service providers working directly with children, as intermediaries among families, school systems, medical professionals and government leaders, and as trainers of their own peers. And for that reason, Manuel, Mariano and Lopez Cerna, all studying to join a growing network of graduates from their own and other countries in Latin America, are already excited about the future.

“If we can leave here and then work together with stakeholders and with other graduates, we can make big changes,” says Manuel. “I really believe it. I’m not a big dreamer type typically, but here, I’m starting to become one.”