Jean Sorel was a member of the 1950-1951 Teacher Training class. He was known as an educator, advocate, and for his presence on Radio Haiti. 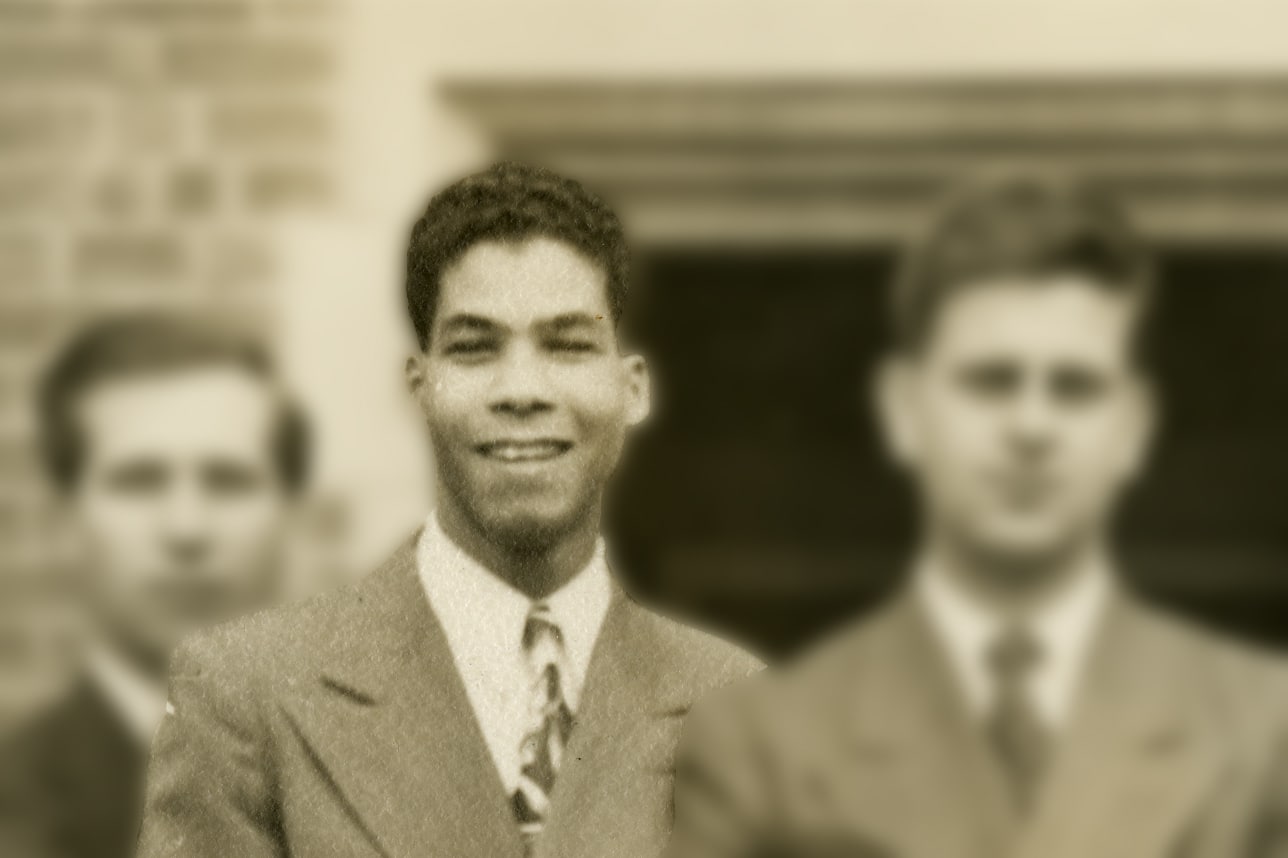 Jean Sorel was born in Jacmel in Haiti on January 1, 1928, blind at birth due to congenital glaucoma. Sorel’s mother, Kéthia Althémany Sorel, and family advocated for him throughout his childhood and facilitated his education by having wooden letters made so that he could learn reading and writing. Sorel ultimately became fluent in not only Haiti’s native languages French and Creole, but also English and Spanish. (Later in his life, Sorel also learned Esperanto and Latin.)

Sorel learned to read and studied under the guidance of Dr. Justin Castera, Sr. After losing his eyesight in his 50s, Dr. Castera learned about braille while he was visiting France in 1933. When he returned home to Haiti, he began to learn braille with Sorel, who was 5 years old at the time. Sorel is not only credited with being the first person in Haiti to learn braille, but also the first person who is blind in Haiti to receive a formal education (Gide ; Braille Monitor, 1964).

Sorel continued his education by reading braille books extensively until Dr. Castera died in 1938. Sorel completed his sixth grade classes through the Hadley Correspondence School, where he later became a teacher. He then spent two years at Perkins (1948-1950) to further his education. The year after graduating he returned to take the Harvard Teacher Training Course so he could teach in Haiti.

As a member of the 1950-1951 Teacher Training class, Sorel completed courses at Harvard College in the collaborative program with Perkins. His final paper for the program was titled “From carved wood to talking stylusses.” The aim of the paper, he wrote, was “to sketch briefly the history of the adaptation of reading to the sightless, taking into account the various tools developed in conjunction with it” (Sorel, 2).

After his time at Perkins, Sorel attended law school from 1951 to 1953 and was the State University of Haiti’s first student who was visually impaired. In 1954, Sorel earned a law degree, graduating third in his class. After graduating, he taught classes for the blind at multiple schools, including St. Vincent School for Handicapped Children and later the Hadley School as a teacher of English, Esperanto, and French.

When Sorel returned to Haiti he brought a guide dog with him, becoming the first person to navigate Port-au-Prince with a service animal. A problem arose, however, when the guide dog was faced with the lack of sidewalks in Port-au-Prince. Unable to fulfill its training, the dog became more of a companion than guide dog and was ultimately sent back to the United States (Gide).

Sorel is best known for the radio show he hosted on Radio Haiti from 1956 to 1964. He continued to teach at his home in Jacmel before emigrating to Montreal in 1964. In Montreal, Sorel continued to teach and produced a shortwave broadcast relating to Haitian issues and concerns. He regularly sent donations of braille books and educational materials back to Haiti.

Throughout his life, he was also involved in a number of organizations including the Haitian Aid Society for the Blind, which he co-founded in 1952. He was a co-founder of the Association of Blind and Visually Impaired Haitians of Québec in 1988 and served as their vice president. In 1965, Sorel started learning Esperanto, later becoming the vice president of the Esperanto Club of Montreal and added it to the list of languages he taught. Sorel died in Montreal on April 17, 2017.

In 2012, Sorel donated a scrapbook that he had curated to the Perkins Archives. The scrapbook contains clippings about services to the blind in Haiti and Montreal as well as articles about events that he attended. In addition to the articles, there are letters written by Sorel.

As a curated collection of articles, Sorel’s scrapbook provides information about his activities, but also about the world in which he lived. Collections like this allow researchers to not only gain information from the content of the articles and letters, but also surmise what the collector valued and thought was important enough to include. Perkins has extensive clippings collections that, much like Sorel’s collection, help provide glimpses into how people with disabilities, particularly blindness and visual impairment, were presented in the media at a particular point in time and place.

A video of Jean Sorel speaking (in French) is available online.