How the evolution of the brailler expanded braille literacy

For more than 60 years, the Perkins Brailler has made it easier for people who are blind to communicate with the world around them. 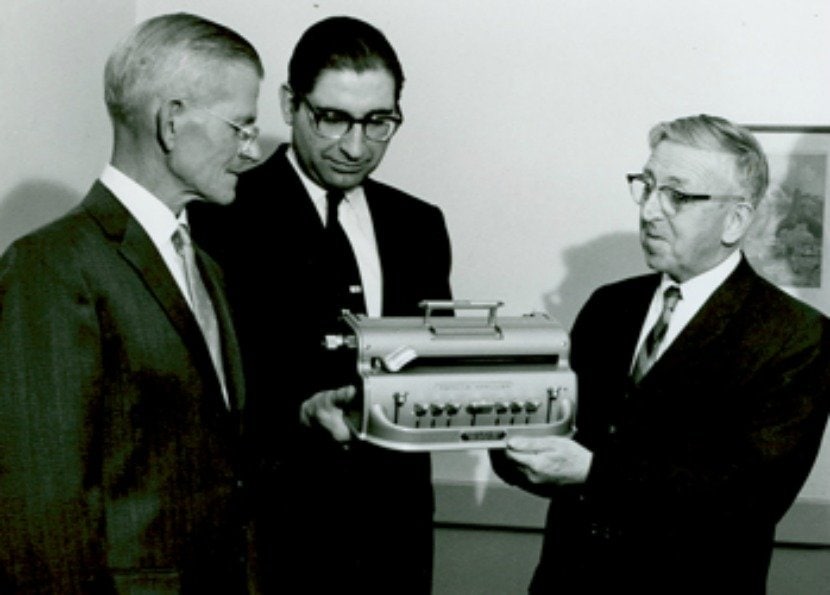 Most people have heard of braille, the tactile system of raised dots invented by Louis Braille in the 1820s. It was a breakthrough for people who are blind, because, unlike earlier embossed-letter reading systems, braille can be used to both read and write.

Braille can be read very quickly with the fingers. But the traditional method of writing braille – manually with a slate and stylus, one dot at a time – was slow and inefficient.

In 1892, the first braille writer was introduced. Designed by Frank Hall, superintendent of the Illinois School for the Blind, it had a typewriter-style keyboard and moving carriage. In the early 20th century, Perkins used this basic model to design and manufacture its own braille writers. However, like other braille writers of the time, they were noisy and expensive to produce. They also required frequent repair.

In the mid-1930s, David Abraham joined the Perkins Industrial Arts Department. Abraham’s manual skills and experience in manufacturing and design brought him to the attention of the school’s director Gabriel Farrell, who had recently halted production of braille writers at Perkins. Abraham agreed to create a prototype that incorporated a list of desirable features. Unveiled to the public in 1951, the new Perkins Brailler® was tough and hard to break, with a touch so light it could be used by young children and those who lacked finger strength.

In 2012 Perkins Solutions unveiled the Perkins SMART Brailler® —a new learning technology that incorporated audio feedback and a display screen, and offers an intuitive way for individuals, both sighted and blind, to communicate, teach and learn braille together.

Today, more than 375,000 Perkins Braillers have been distributed to individuals, educators, students and families around the world. It’s made a world of difference in helping those who are blind or visually impaired to communicate with those around them.