Black history month is an annual month-long celebration and recognition of the contributions and achievements made by African American figures throughout history. The event was first proposed by American Historian Dr. Carter G Woodson in 1962 as Black History Week and was eventually expanded to Black History Month in 1970. 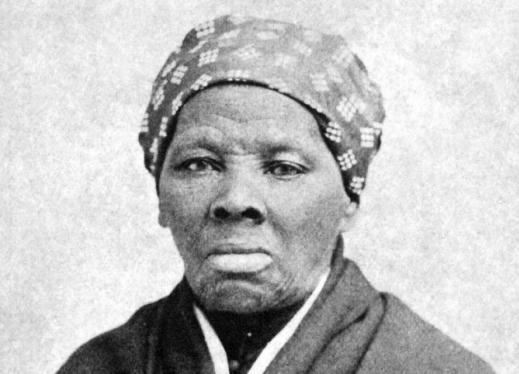 Black history month is an annual month-long celebration and recognition of the contributions and achievements made by African American figures throughout history. The event was first proposed by American Historian Dr. Carter G Woodson in 1962 as Black History Week and was eventually expanded to Black History Month in 1970. Unfortunately, the event was not nationally recognized until 1976 when President Gerald Ford decreed it a national observance. Our current society still has a long way to go. According to Cornell University’s Disability Statistics (2018), there are more than 5.6 million Americans Living with at least one disability in the United States, 3 million of which are working-age. Of that working-age population it is estimated only 30.2% have jobs. This employment opportunity gap can be attributed to redlining, under-funded and under-resourced schools, and a lack of appropriately trained special educators. The National Disability Institute (2019) found that educational attainment is an important factor for employment and income, and recommends a national conversation about disability and race. To contribute or learn more, visit the National Black Disability Coalition website and donate to organizations that support black individuals with disabilities.

In honor of Black History Month, the New England Consortium on Deafblindness has highlighted prominent figures with vision and hearing loss throughout history.

Geraldine Lawhorn was born in Dayton, Ohio on December 31st, 1916 to musician parents. At the age of 8 years old it was discovered by doctors that she had an eye condition, and by the age of 12 Geraldine lost all of her sight with the exception of light perception. Her hearing soon followed, leaving her Deaf at 19. Despite this, Geraldine’s love of the performing arts did not waiver. In fact, Geraldine wrote in her book that she became more aware of her own vocal vibrations after losing her hearing, giving her a new perspective on life. In her younger years, she enjoyed a career as a solo performer, including a performance at Carnegie Hall and in 1963 at the age of 67 Geraldine earned her bachelor’s degree.

Haben Girma is a human rights lawyer, speaker, and published author. She has a long list of accomplishments and achievements, she was named as a White House Champion of Change by President Obama, received the Helen Keller Achievement Award, was named on the Forbes 30 under 30 list, and was the first deafblind graduate of Harvard Law School. She was born and raised in the San Francisco Bay area in 1988, and is the daughter of refugees from Eritrea and Ethiopia, something she notes “taught [her] to perceive the complexities hidden in conflicts”. Haben lost her vision and hearing due to an unknown progressive condition and learned to read braille while in public school. She went on to earn her bachelor’s degree in Oregon and then went on to graduate from Harvard Law school. In her personal time, Haben enjoys surfing, rock climbing, kayaking, cycling, and dancing.

Kerryann Ifill was the President of the Senate of Barbados from 2012 to 2018 and currently works in the field of disability rights. She was born on December 20, 1973 and lost her sight at the age of 4 to cataracts. She began attending school at the age of 6 in Barbados, where she learned to read and white in the British Braille Code. In 1999 she became the first blind individual to graduate from the University of the West Indies, where she studied sociology and psychology. Eventually, she went on to earn her MBA from a university in England. In 2012 Kerann Ifill was appointed to the senate, where she became the first woman, first individual with a disability, and the youngest person ever to hold the position.

Claudia L. Gordon is known for many things. She is an Attorney, a Disability Rights Advocate, a Mentor, a Public Speaker, a former member of the Obama Administration, and a self-proclaimed fashionista. Born in rural Jamaica, Claudia was the subject of discrimination and ridicule after losing her hearing at the age of 8. She was eventually removed from school and kept home to complete chores and housework until she immigrated to the South Bronx at the age of 11, where she was able to attend school. By her junior year of high school Claudia knew that she wanted to be an attorney despite being doubted by others, and went on to become the first Deaf Black female attorney in the United States. She has contributed to the Department of Homeland Security’s implementation of disability civil rights laws and regulations. Claudia stated in an interview by the Obama Administration  that “Thanks to the values that were instilled in me during my formative years, I understood then that those voices of doubt neither dictated my worth nor my capacity. I want to contribute to a better society where there is more understanding and acceptance of people with disabilities and where the same opportunities are provided for all.”.

As one of the most influential musicians of the 20th century, Stevie Wonder immersed the R&B scene with his popular and spirited music. The issues facing society were embedded throughout his songs, including racism, spirituality, and social justice. Wonder was born with retinopathy of prematurity (ROP), an eye disease which results in abnormal retinal development. This condition left Wonder with a life-long visual impairment. As a child, Wonder quickly discovered his talent for music and at age five is quoted saying to his mother, “Don’t worry about me being blind, because I’m happy.”  At 11 years old Wonder signed his first record deal, and that was only the beginning of his decorated musical career. Aside from selling over 100 million records worldwide and winning 22 Grammy Awards, Wonder is known for his advocacy work in the disability community. He was named a United Nations Messenger of Peace in 2009 after his involvement in the International Day of Persons with Disabilities, using his platform to advocate for an international treaty which would provide more access to books for individuals around the world with visual impairments.

Harriet Tubman, born into slavery in 1822, is known as a celebrated civil rights activist who freed her enslaved family members and others through the underground railroad. While her activism and poetry have inspired generations of Americans, what’s lesser known about Harriet Tubman is the visual impairment she developed as a teenager. Tubman was struck in the head by a slave owner, and the resulting traumatic brain injury left her with a visual impairment, epileptic seizures, and hypersomnia. Despite these challenges, Tubman was able to free over 300 people from slavery using the underground railroad. She utilized the underground railroad for over a decade, making 19 trips back and forth between the South and the North. Here is a link to donate to Tubman, a non-profit organization dedicated to Harriet Tubman’s personal mantra “keep going”, which supports individuals recovering from trauma including relationship violence, trafficking, and sexual assault and exploitation.

Born in Brooklyn on May 20th of 1954, David Paterson served as the first African American Governor of New York and was the second legally blind Governor to serve in the United States. Paterson developed an infection during infancy which left him legally blind. After earning a B.A. degree in history from Columbia University in 1977, Paterson went on to pursue a degree in law from Hofstra Law School in 1983. Paterson worked for the Queens District Attorney’s Office for a number of years and then entered the world of politics, supporting David Dinkins’ campaign for Borough President of Manhattan in 1985. Paterson broke several barriers as a decorated politician himself, winning a seat as the first African American State Senate Minority leader in New York in 2002, becoming the first African American lieutenant governor of New York in 2006, and finally becoming the first legally blind and African American governor of New York in 2008. His policies focused on access of services for the disability community, reforming the public education system, and creating opportunities for minority owned businesses. In his book Black, Blind, & In Charge, A Story of Visionary Leadership and Overcoming Adversity,   Patterson shares stories of his advocacy work which included protesting against Amazon’s inaccessible Kindle features, fighting for same-sex marriage, and supporting legislature in the fight against disability discrimination. Patterson remarks, “I have had this desire my whole life to prove people wrong, to show them I could do things they didn’t think I could do.”