Exploring the dorsal and ventral streams, how they work, and what happens if there’s an interruption anywhere along the way 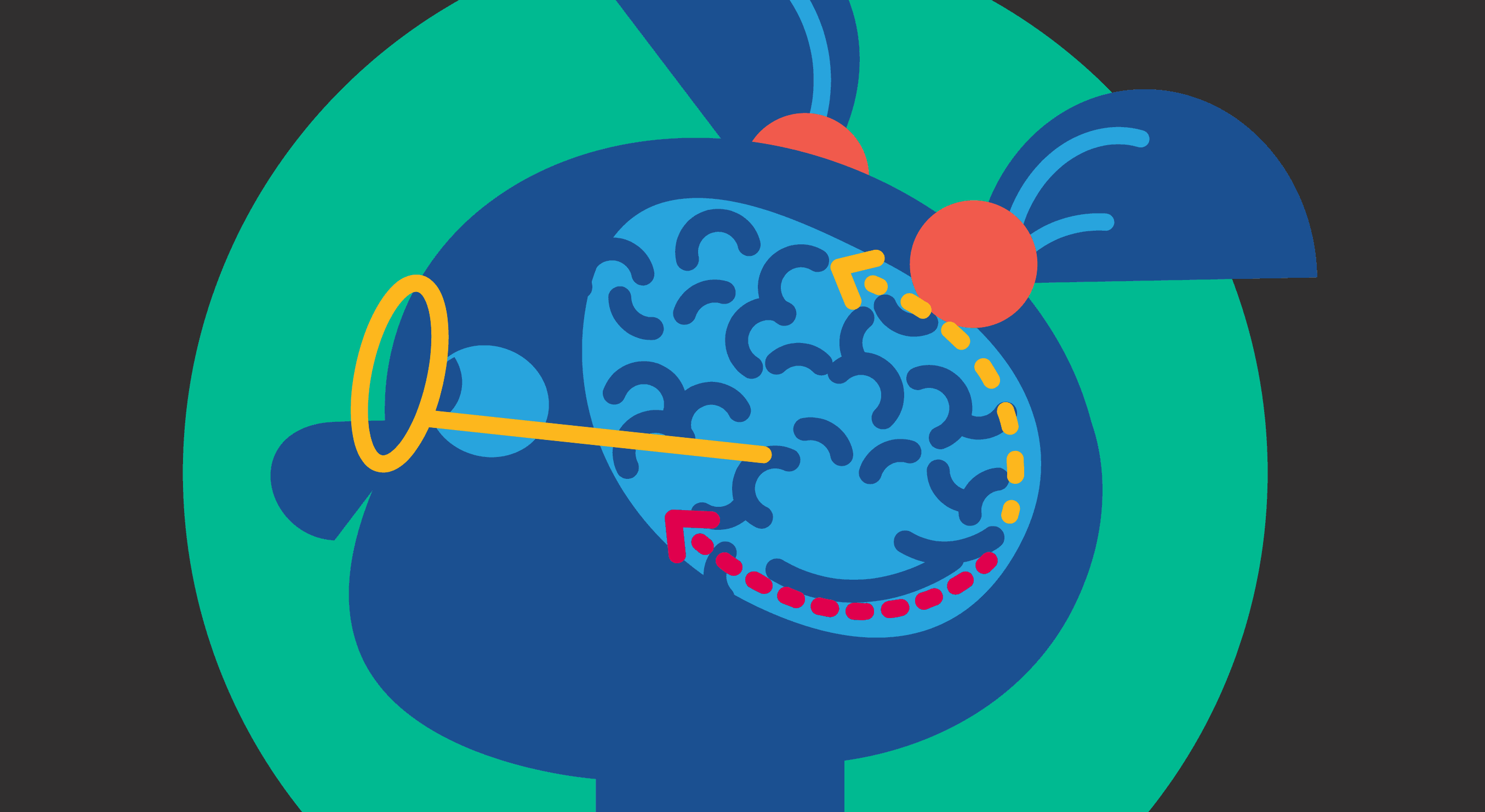 This is the fourth article in our five-part series about the visual system.

What are the higher-order visual pathways?

Now it’s time to dive deeper into higher-order visual pathways, which consist of the dorsal and ventral streams. This is how your child processes what objects are and where they exist in space. We’ll discuss what each pathway does, how it works, and what happens if there’s an interruption anywhere along the way.

Our visual cortex relies on two processing streams that originate in the back of the brain. The occipital-parietal visual area refers to the beginning of the dorsal or “where” pathway. Here, your child’s brain assesses where things are in space, like a ball zooming across a field or a puppy running toward a lap.

Dorsal damage can cause:

The occipital-temporal visual area refers to the ventral or “what” pathway, where your child’s brain recognizes objects and shapes. The temporal areas provide your child’s long-term visual memories, helping them to recall what they’ve seen before and attach meaning to it. (For example, once you’ve seen a baseball, you know what it is next time you come across one!)

Ventral damage can cause:

Picture a crisp, juicy pear. Two things happen when you look at it: The ventral stream helps you see its color, shape, size, and texture. The dorsal stream lets you know where the pear actually is—high on a counter or tempting you on the plate.

For a long time, researchers thought that the dorsal and ventral streams operated separately. Recently, neuroscientists have begun to view them holistically based on new research.

Lotfi Merabet, a clinician-scientist at the Laboratory for Visual Neuroplasticity at Massachusetts Eye and Ear and Harvard Medical School, frames it this way: “Think of the streams as two highways that have multiple connectors between the two, or as two rivers that separate. There are many tributaries that exist between the two.”

As the brain develops, more “tributaries” form as information gets exchanged between the two streams. As more information gets exchanged, the system becomes increasingly efficient at identifying and interacting with objects in the visual world. The dorsal stream never acts alone, nor does the ventral stream. Your child needs both streams to work together and in an integrated way in order to fully leverage their visual system.

The dorsal stream helps us size up a visual scene in conjunction with other senses, like hearing. Our brain is always taking in fresh information about our surroundings, helping us plan our movements and contextualizing our environment. When we have an accurate picture of the world around us, we can maintain a rapid, accurate gaze to hone in on our chosen targets in the visual scene.

The dorsal stream does more than situate us and place objects in context, though. Researchers consider the dorsal visual pathway the “action” pathway—once we know what we see, we know what to do next (for instance, reach/grab that pear!).

Research shows dorsal stream vulnerability is common in people with brain-based visual impairments like CVI. In children with CVI, it’s possible that a full image reaches their primary visual cortex in the occipital lobe, but when it reaches the parietal lobe, their brain has difficulty dealing with the spatial information related to the image.

People who have interruption to the occipital or parietal lobe could have:

Want to learn more? Check out this CVI Scotland simulation of dorsal stream dysfunction. You’ll notice that when there’s more visual information to take in and process, the field of vision becomes overwhelmed and constricted.

Why? Think about that pear. If it’s on a plate with peanut butter and a fork, a child with CVI might become overstimulated. Their dorsal stream can’t process all of the information. Your child’s window of vision could get narrower and narrower. When there’s less to process—just a pear on an uncluttered plate—it’s easier to see the big picture.

Here’s where your child’s brain recognizes objects, patterns, textures, and shapes. It’s what helps them choose a pear in a bowl of fruit; pick out a circle block in a line of squares; distinguish between a puppy and a cat curled up on the sofa; or pick you out of a crowd at the playground.

Think of the ventral stream as your child’s visual library, aiding in recognition and memory. Much of this processing is handled by the inferior-temporal cortex.

After images get sorted in the first layer of the primary visual cortex (V1), they move on to more specialized areas:

Kids with CVI can have trouble recognizing shapes and objects when either the left or right temporal lobe is damaged. They might have trouble distinguishing objects and different types of animals, or recognizing faces or perceiving facial expressions.

With temporal or occipital-temporal damage, several disorders can occur, including:

Check out this presentation on Ventral Stream Functions in CVI: Object and Face Perception by Dr. Corrina Bauer.

Remember, the visual system is complex and highly interconnected. Damage to the dorsal and ventral streams results in difficulty with visual attention and recognition, making it difficult to fully access the visual world. Children with CVI have unique visual behaviors and require CVI-specific assessments to evaluate their functional vision and access to the environment.

Go to the final article in this series: The importance of neuroplasticity. Our wondrous brains adapt and rewire to respond to our environment, and that’s great news for all of us, including kids with CVI.