Biography and facts about Helen Keller 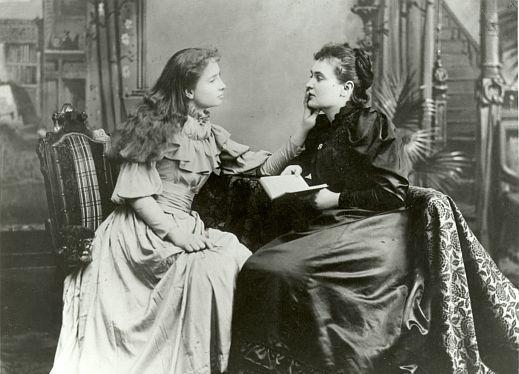 Helen Adams Keller was born June 27, 1880, in the northwest Alabama city of Tuscumbia. Her father, Arthur H. Keller, was a retired Confederate Army captain and editor of the local newspaper; her mother, Kate Keller, was an educated young woman from Memphis. When Helen Keller was 19 months old, she was afflicted by an unknown illness, possibly scarlet fever or meningitis, which left her deaf and blind.

Keller was extremely intelligent and tried to understand her surroundings through touch, smell and taste. However, she began to realize that her family members spoke to one another with their mouths instead of using signs as she did. Feeling their moving lips, she flew into a rage when she was unable to join in the conversation. By the age of six, Keller later wrote in her autobiography, “the need of some means of communication became so urgent that these outbursts occurred daily, sometimes hourly.”

The birthday of her soul

Anne Sullivan came to Tuscumbia to be Helen Keller’s teacher on March 3, 1887. Later Keller would call this day her “soul’s birthday.” Perkins Director Michael Anagnos had been wise to choose the strong-willed Sullivan, for few young women would have persevered through the tempestuous first weeks of the relationship. Keller hit, pinched and kicked her teacher and knocked out one of her teeth. Sullivan finally gained control by moving with the girl into a small cottage on the Kellers’ property. Through patience and firm consistency, she finally won the child’s heart and trust, a necessary step before Keller’s education could proceed.

Sullivan started with the techniques developed by Perkins’ first director, Samuel Gridley Howe, when he worked with Laura Bridgman 50 years earlier. She fingerspelled the names of familiar objects into her student’s hand. She also innovated by incorporating Keller’s favorite activities and her love of the natural world into the lessons. Keller enjoyed this “finger play,” but she didn’t understand until the famous moment when Sullivan spelled “w-a-t-e-r” while pumping water over her hand. Keller later wrote:

Suddenly I felt a misty consciousness as of something forgotten—a thrill of returning thought; and somehow the mystery of language was revealed to me. I knew then that “w-a-t-e-r” meant the wonderful cool something that was flowing over my hand. That living word awakened my soul, gave it light, hope, joy, set it free! …Everything had a name, and each name gave birth to a new thought. As we returned to the house every object which I touched seemed to quiver with life.

Keller wrote of the days that followed, “I did nothing but explore with my hands and learn the name of every object that I touched; and the more I handled things and learned their names and uses, the more joyous and confident grew my sense of kinship with the rest of the world.” Sullivan fingerspelled to her constantly, and coached her in the give-and-take of conversation. Many people believe that Keller’s love of language, her great articulation and grace as a writer and public speaker were built upon this foundation.

In May of 1888, Sullivan brought Keller to Perkins School for the Blind in Boston, where a new world of friendship began: “I joined the little blind children in their work and play, and talked continually. I was delighted to find that nearly all of my new friends could spell with their fingers. Oh, what happiness! To talk freely with other children! To feel at home in the great world!”

After that visit, Keller spent nearly every winter studying at Perkins: “In the school where Laura Bridgman was taught I was in my own country.” Keller studied French, arithmetic, geography and other subjects. She especially enjoyed the library of embossed books and the tactile museum’s collection of bird and animal specimens.

In the fall of 1891, Keller wrote a story she called “The Frost King” as a birthday gift for Anagnos. Delighted, he published it in the Perkins alumni magazine. Soon Anagnos was informed that Keller’s tale was very similar to a previously published story. It appears that Keller had read the original many months earlier and recreated the story from her memory, believing it was her own creation.

The accusation of plagiarism was extremely wounding to the 11-year-old girl and her teacher, and in 1892 Keller and Sullivan left Perkins and did not return. Fortunately, Keller later forgave Perkins for her unhappy experience. In 1909, she donated many braille books to the Perkins library, and in 1956 she officiated at the dedication of the Keller-Sullivan building when it became the home of the school’s Deafblind Program.

Throughout her life, Keller devoted her energies to humanitarian pursuits, advocating for economic justice and the rights of women and of people with disabilities. She asserted her right “to feel at home in the great world” and through her eloquence and tireless activism, she fought for the same right on behalf of all people.