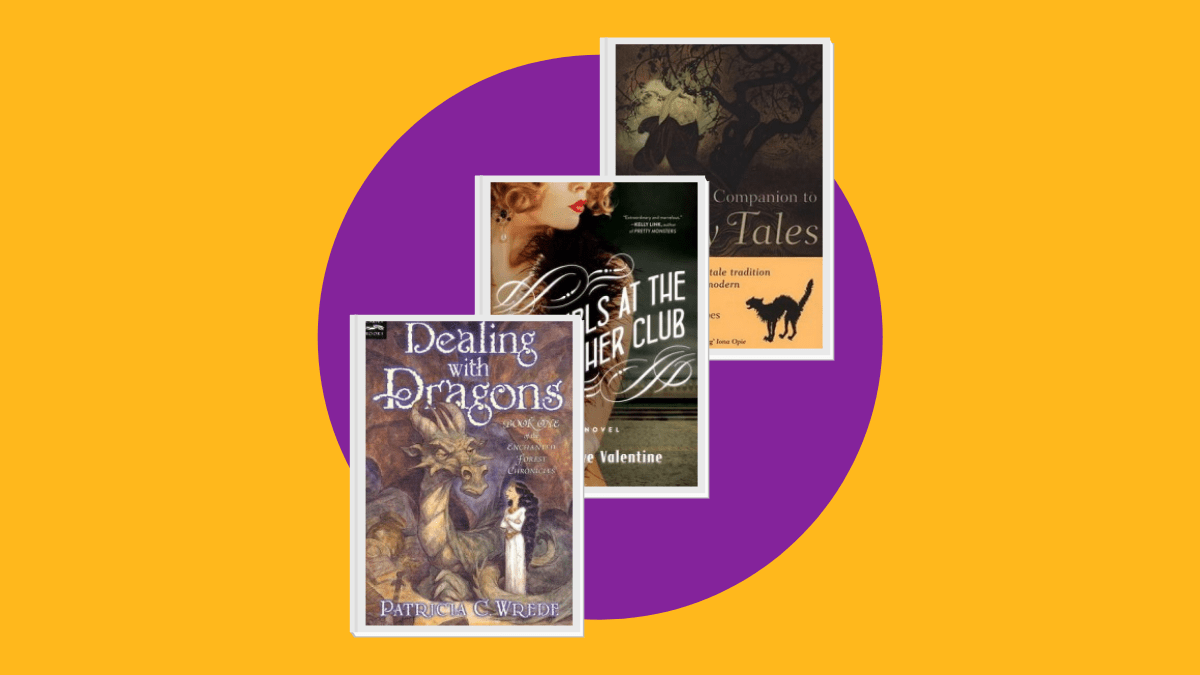 Everyone has heard a fairy tale before. Whether it be thanks to story books or to Disney, the tales of Sleeping Beauty, Cinderella, and beyond are well-known and loved. Different versions of these stories have been told over time, and the originals are often quite different from what we are familiar with today. These stories are constantly evolving, and continue to do so even today, as writers put their own unique twists on familiar tales. Here, you will find a list of books that retell and rework classic fairy tales from around the world. Some are novels, an entire book dedicated to the retelling of one tale; others are anthologies, collections of various stories retold by a multitude of authors. You will even find stories that are parodies of fairy tale tropes, as well as some nonfiction that analyzes fairy tales and the genre of fantasy in which they are contained. Here, you will find the stories you thought you knew transformed into something altogether strange and wonderful, each one containing a unique bit of magic sure to enchant you.

Alice has been locked away in a mental hospital since she was a child, plagued by dreams of tea parties and rabbits. A fire at the hospital, however, provides her the chance to escape and find out the truth of Wonderland. Some violence and some descriptions of sex. 2015.

The death of her father leaves Ash at the mercy of her cruel stepmother. Seeking temporary refuge in the woods, Ash falls in love with the royal huntress Kaisa. But the dangerous fairy Sidhean has a prior claim on Ash. For senior high and older readers. 2009.

Novelist Charlotte-Rose de la Force has been banished from the French court. At the nunnery where she resides, she hears the hundred-year-old tale of Margherita, locked in a tower by the courtesan Selena in punishment for her father’s crime of theft. Violence and some explicit descriptions of sex. 2012.

From a High Tower

In this retelling of the Rapunzel fairy tale, the heroine (here named Giselle) is bartered away by her family to a rumored witch, who eeps Giselle in a high tower. Giselle trains as an Elemental Master, leaving the tower to join a Wild West show. 2015.

The Girls at the Kingfisher Club

In the Roaring Twenties, a wealthy man keeps his twelve daughters locked in their Fifth Avenue townhouse. The girls sneak off most nights to dance in local nightclubs, until they learn their father plans to marry them all off to strangers. 2014.

Download Braille, The Girls at the Kingfisher Club, BR 20700

Perdita Lee grew up with her mother Harriet, making gingerbread from a recipe handed down from generations of Harriet’s family in the mysterious country of Druhástrana. When teenaged Perdita sets out to find her mother’s long-lost friend, it prompts a new telling of Harriet’s story. 2019.

One Thousand and One Nights: A Retelling

Reimagining of nineteen stories from the classic Arabic folk-tale compilation. Includes “Shahrayar and Shahrazad,” “The First Dervish,” and “The Fourth Voyage of Sindbad the Sailor.” Foreword by Mary Gaitskill, author of Veronica (DB 61634). Some violence and some explicit descriptions of sex. 2011.

Download One Thousand and One Nights: A Retelling, DB 77131

Download Braille, One Thousand and One Nights: A Retelling, BR 20173

Three retellings of classic fairy tales for adults. In Poison, Snow White’s stepmother seeks to control her or destroy her. In Charm, a strong-willed Cinderella wants to be a princess. Beauty has Petra and her grandmother meet a prince and a huntsman in the woods. Some explicit descriptions of sex. 2015.

Snow White and the Huntsman

Snow White is the only person in the land fairer than the evil queen who is out to destroy her. But what the wicked ruler never imagined is that the young woman threatening her reign has been training in the art of war with a huntsman who was dispatched to kill her. Includes the theatrical version (audio described) and the extended version (not audio described) version. Rated PG-13 for sequences of violence and action, and brief sensuality. 2012.

When her moneylender father can no longer collect his debts, Miryem takes over and earns a reputation of being able to turn silver into gold. This draws the attention of the icy Staryk people, whose king sets her an impossible task. Luckily she finds some unexpected allies. 2018.

Wicked: The Life and Times of the Wicked Witch of the West

Traces the life of the witch Elphaba from The Wizard of Oz (DB 51047), both before and after Dorothy arrives. After attending a university with her roommate Glinda, Elphaba learns that a despotic Wizard is threatening animal rights in Oz. Some explicit descriptions of sex. For senior high and older readers. 1995.

Princess Cimorene is curious, energetic, feisty, and not at all the proper princess that her parents–the very proper king and queen–wish her to be. Determined not to marry the vapid prince that has been chosen for her, she runs away and throws herself wholeheartedly into a career as a dragon’s princess. As she fends off nosy wizards and helps out hysterical princesses, she makes a firm place for herself in the dragon world. For grades 5-9 and older readers. 1990.

Buttercup, the most beautiful woman in the world, falls in love with Westley, the perfect man. Their pending romance, however, is interrupted by fate and the wicked Prince Humperdinck, ruler of Florin. This thirtieth-anniversary edition of the classic fairy tale spoof features a 2003 introduction. 1973.

Fairy godmother Desiderata dies, leaving her charge in the hands of manipulative Lilith, who is determined to marry the girl to a prince. Reluctant witch foster godmothers Granny Weatherwax, Nanny Ogg, and Magrat Garlick must stop Lilith before her “happy ending” destroys the kingdom. For senior high and older readers. 1991.

Award-winning editors Ellen Datlow and Terri Windling once again collect twenty original stories that visit the darker side of timeless fairy and folk tales. A lovelorn prince seeks a blessing; cursed boots punish a dancer; Goldilocks reveals all in a sordid memoir. 2000.

Fifty-five poems exploring the subversive side of fairy tales and fables. “The Death of Hansel” portrays Gretel as an adult. “Little Red Riding Hood: A Memoir” reflects on Red attracting the wolf. The title poem examines the internal life of a monster’s spouse. Some descriptions of sex. 2013.

Fantasy authors reimagine eighteen classic fairy tales. Includes Daryl Gregory’s take on Hansel and Gretel, “Even the Crumbs Were Delicious.” Other authors in the collection include Seanan McGuire, Garth Nix, and Naomi Novik. Some violence, some strong language, and some descriptions of sex. 2016.

The Witch: And Other Tales Re-Told

Eight short stories from the author of Who Do You Love (DB 69435, BR 12906), retelling classic fairytales. In the title story, a brother and sister find themselves in foster care under the dubious protection of a nasty woman. Some violence, some strong language, and some descriptions of sex. 2014.

A collection of over a hundred stories, essays, folktales, myths, and legends from African American history. Includes well-known classics, such as Brer Rabbit and Anansi, as well as lesser-known traditions. Includes information about how these tales were sometimes hijacked or misappropriated and contains numerous annotations and illustrations. Some strong language. 2018.

The Story of Hong Gildong

Thought to have originated in the sixteenth or seventeenth century, this is the tale of Hong Gildong, son of a nobleman and one of his concubines, who leaves home to join a band of outlaws. Hong continues to long for acceptance, however. Translated from the original Korean. 2016

The Oxford Companion to Fairy Tales

The View from the Cheap Seats: Selected Nonfiction

Eighty-five short works of nonfiction from the author of American Gods (DB 52917). Many are pieces in praise of the work of other novelists, comic book creators, filmmakers, and musicians. Included are several speeches, including Gaiman’s 2012 commencement address, “Make Good Art.”Some strong language. 2016.

Books about deafness or with deaf characters