For Perkins’ youngest, every moment is a learning opportunity 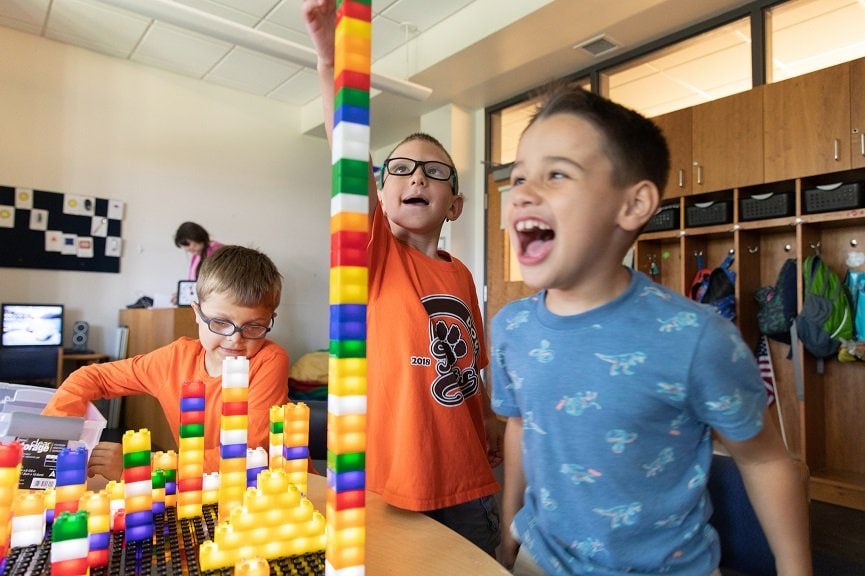 This story appeared in the Fall 2019 issue of In Focus.

On the surface, the Early Learning Center (ELC) and Lower School can be described as the place where Perkins educates preschool, elementary and middle school-aged students.

But what does that mean for a student body largely comprised of learners with different combinations of visual and other disabilities?

Put simply, it means every student’s education is both highly intentional and specifically tailored to most effectively benefit each child.

“Perkins’ approach to learning looks different for everyone,” says Alexandra LaVoie, assistant education director. “The commonality is that we take each moment with every student as a learning opportunity.”

Take Gareth for instance. In addition to visual impairment, he has cerebral palsy, which has the physical effect of limiting him to using only one hand.

Prior to arriving at Perkins, Gareth’s physical limitations stood in the way of him reaching his full potential, as he couldn’t take notes or do written homework on his own. At Perkins, though, he was equipped with a BrailleNote computer, a portable, easy-to-use device that enables him to read, write, take notes and do his homework independently.

This was transformational, according to his father, Chris.

“I wish Gareth had access to this kind of technology earlier in his schooling,” he says.

Gareth is just one of the many students in the ELC and Lower School who benefit from the inclusion of life skills within their academic program. With generous support from our community of donors, we’ll continue to empower and prepare the youngest on campus to be as independent as they can possibly be.

Learn more about how you can help support all Perkins students.