The iconic Final Fantasy video game series recently introduced a blind character. Fans of the game were then inspired to get involved with Perkins. 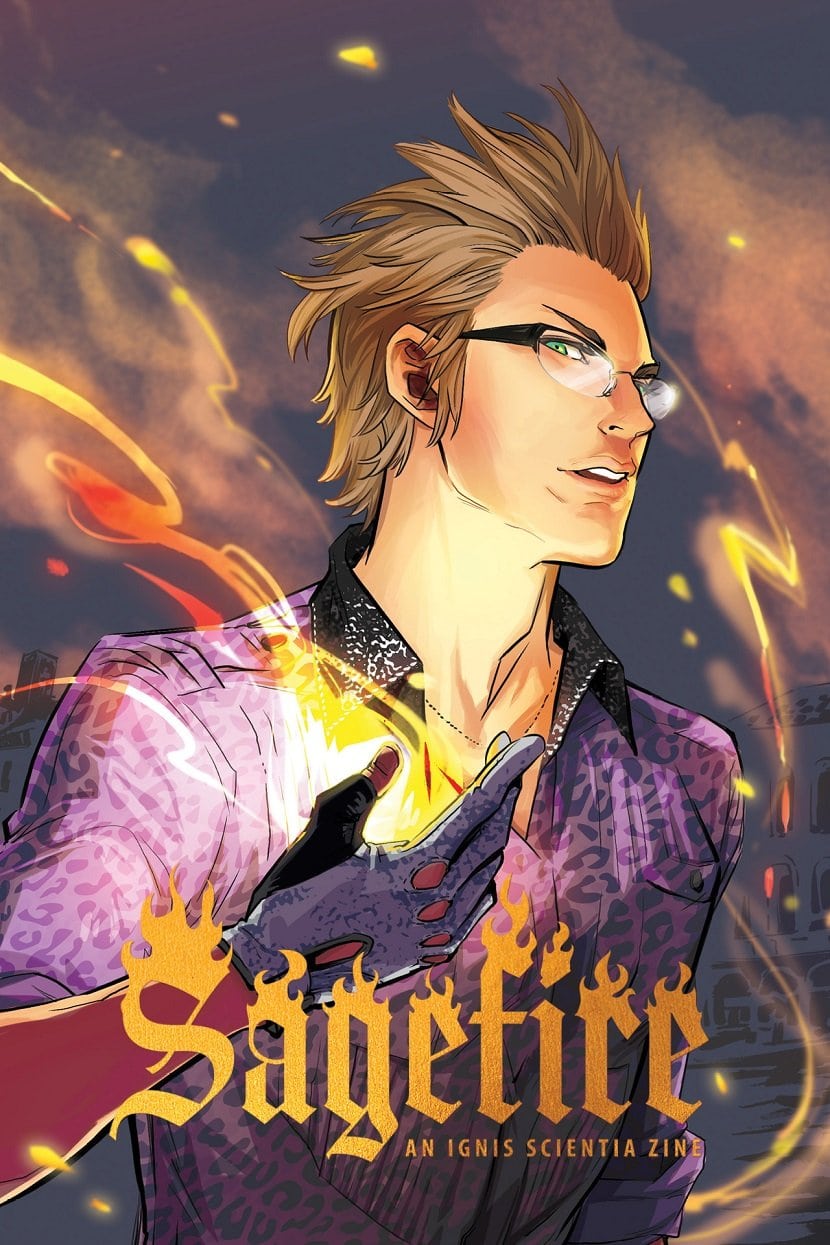 Final Fantasy has over the last 30-plus years been one of the most critically acclaimed and commercially successful video game franchises in the world.

The latest entry in the long-running series, though, just did something no other video game has ever done before: successfully unite a global community of gamers in support of Perkins School for the Blind.

Earlier this month, a group of nearly 40 Final Fantasy fans located across the U.S., Canada, Europe, Asia and Australia launched Sagefire, a magazine celebrating the newest chapter in the video game franchise with fan-made art and fiction, with one special caveat: portions of the proceeds from its presale would be donated to Perkins.

“We considered a handful of organizations that aid and assist the blind in some way,” said Ravy Nevermore, one of the organizers behind the effort, who requested Perkins identify her by her pseudonym for this story. “We decided that Perkins was the right organization for our project due to its focus on education and its international ties.”

As for why the group decided to support an organization dedicated to blindness at all, that comes down to the game itself.

Released in 2016, Final Fantasy XV follows a group of friends and warriors as they set out to reclaim a kingdom from an evil empire. Along the way, one of the main characters, a military tactician named Ignis Scientia, loses his sight in battle, and with it his ability to drive, cook and even walk without assistance. However, as the game progresses, Scientia adapts to life without vision, ultimately re-learning to do most everything he’d done before while reassuming his role as a leader within the group.

Scientia’s story, Nevermore added, resonated with a lot of gamers, in large part because of how the character’s experience is portrayed.

One such fan, a self-described disabled gamer named Taylor VanGilder, wrote on her own blog that the story arc provided “some of the best disability representation I’ve ever come across, particularly in a video game.” Another gamer, writing under the pseudonym Lokifan, describes how Ignis’ story helped her after she lost some of her own vision, adding, “He really does inspire me.”

Subsequently, the fanzine is a celebration of the character and features contributions from 28 illustrators, five writers and five cosplayers. And given the character’s backstory, Nevermore said the team of creators “felt very strongly” that anything they make that earns money must also help real people in the blindness community, which is what led them to Perkins.

But Perkins wasn’t just a beneficiary of the project, it turns out. In fact, Nevermore, who’s local to Boston, said as the project unfolded the Perkins website also served as a significant resource while she researched blindness for her contributions to the zine, lessons she added she’ll even take into her work as a graphic designer.

“[I] learned much more than I previously knew about blindness when I became interested in portraying this character in art and writing,” she said. “As a visual artist, I think I tend to be largely disconnected from the blind community, but one of the things I’ve learned since Ignis inspired me to learn more about blindness is how crucial a role I can play in increasing accessibility as a graphic designer.”

In the end, though, Nevermore continued, the project was always about more than a single game or cause.

“I believe strongly that fiction can be not only a means of escapism or empty entertainment, but a powerful force of inspiration and emotional connection between people who love the same stories,” she said. “In this case, we had the opportunity to not only share that emotional connection with other fans, but to funnel it into tangible, real-world action.”