Collectively, these factors determine the severity of CVI. Here's what to know. 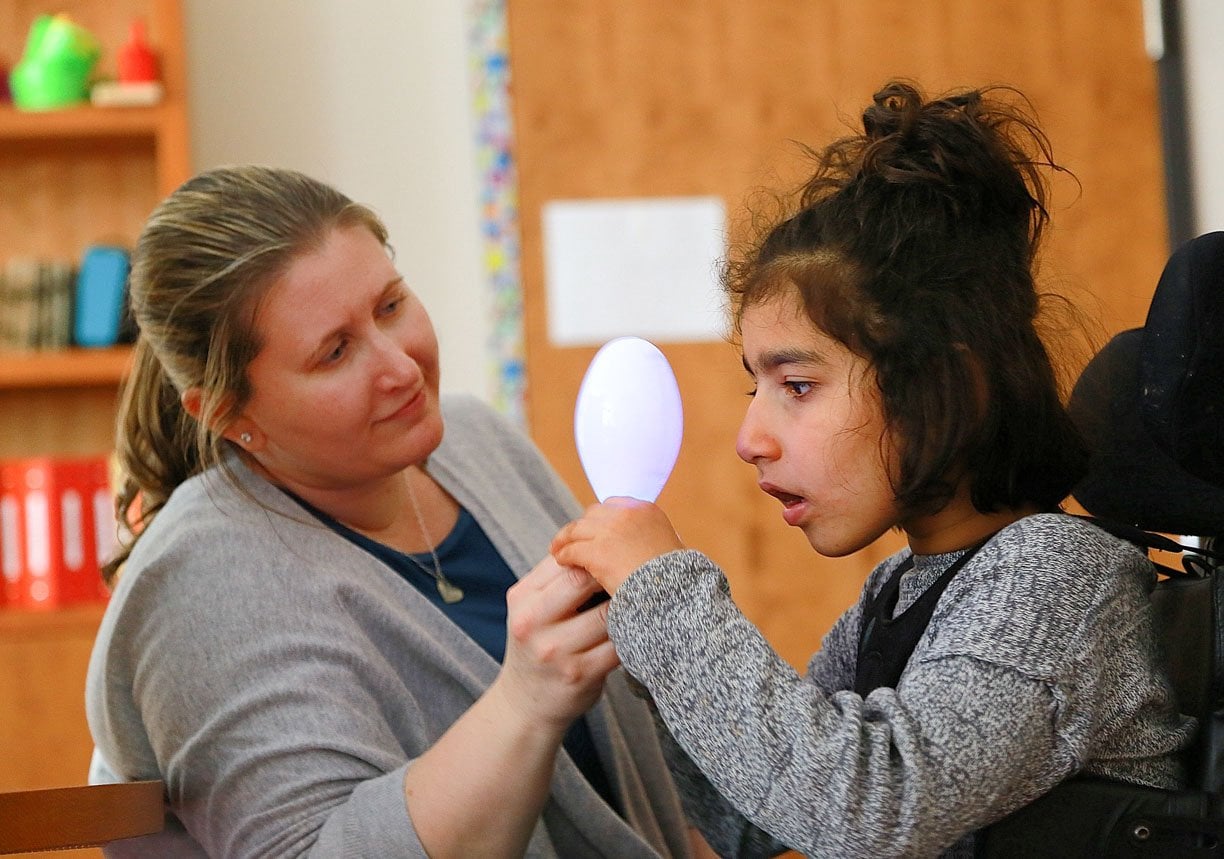 Each child experiences Cortical Visual Impairment/Cerebral Visual Impairment (CVI) differently. One child might favor bright colors; his classmate might have trouble with distant or moving objects. Children with CVI have a vast continuum of visual skills, and they’re dependent on many factors: affected areas of the brain, the impact of ocular impairments, the brain’s unique rewiring, and more. Collectively, these factors determine the severity of CVI.

Kids with CVI often have difficulties with:

Because your child’s experience with CVI is so unique, it helps to understand brain-based visual behaviors. An assessment of the well-known brain-based visual skills will help identify the degree of impact on your child’s vision. Assessments can help to create programming that supports visual accessibility and, hopefully, visual improvement. Since each child is unique, the rate and extent of change are tough to predict.  While it may be difficult to determine which child may improve and at what rate, the educational team must continue to expect improvement and provide accessible educational programming to work towards this goal.

The list of brain-based visual behaviors discussed by all CVI theorists sets a framework to determine each child’s unique CVI manifestation and the extent of impact. These collective behaviors are best assessed using various tools and CVI resources.

CVI Scotland is a helpful resource that shares valuable information that helps parents and experts to consider the many ways in which a child with CVI can be affected. CVI Scotland outlines ten areas of consideration, many of which have subsets. Here are the highlights:

We invite you to learn more about the various implications of CVI by watching CVI expert Dr. Gordon Dutton’s video below. Also, his suggestions surrounding Thinking in Threes is a must-read!

Dr. Roman-Lantzy’s 10 Characteristics include: preferred color, movement, latency, visual field, complexity (object, array, sensory, faces), light-gazing, distance viewing, visual reflexes, novelty, and visually guided reach. The score derived from the assessment of these 10 characteristics places children in one of three phases (Phase I, Phase II, or Phase III).  Each phase has its own general strategies for intervention, but specific recommendations are generated from the child’s unique profile as determined by the Range and additional assessments.

At this CVI phase, the goal is to build consistent visual behavior through the inclusion of interventions, some of which may include the reduction of complexity, light, noise, and distracting movement. Some CVI characteristics in Phase I can include:

At this CVI phase, the goal is to integrate your child’s vision with function (to look, understand and act on his world) with special awareness of any environmental adaptations he needs. Your child will begin to fixate on familiar objects (though maybe not understand everything they see yet). He’ll also be able to handle more complexity. At this phase, one focus is to use vision to accomplish a task, such as reaching for a toothbrush when it’s time to brush teeth or understanding a three or two-dimensional symbol.

Some CVI characteristics in Phase II can include:

At this phase, kids have improved distance vision, visual attention, and maybe some improving facial recognition, too. Your child might not even appear to have CVI to an outside observer (although it’s important to remember that CVI is a lifelong condition). However, kids at this phase often show marked improvement in visual attention and recognizing objects in their world.

Some CVI characteristics in Phase III can include:

No two children with CVI are exactly alike. There’s no “one size fits all.” To better understand your child’s unique visual behaviors, an inclusive and collaborative approach to assessment using multiple tools is essential.  Similarly, it is important that interventions and strategies be based on your child’s individual needs and not a generalized assumption. Diving in deeper on the impact of CVI on your child’s literacy skills is a great place to start!

Take the next step—Read Impact of CVI: Building a foundation for literacy now

6 big takeaways from the CVI: Collaboration for Change conference