Learn about the how CVI impacts visual motor skills, specifically visual guidance of upper limbs, what this assessment area looks at, general ideas for accommodations, and current research. 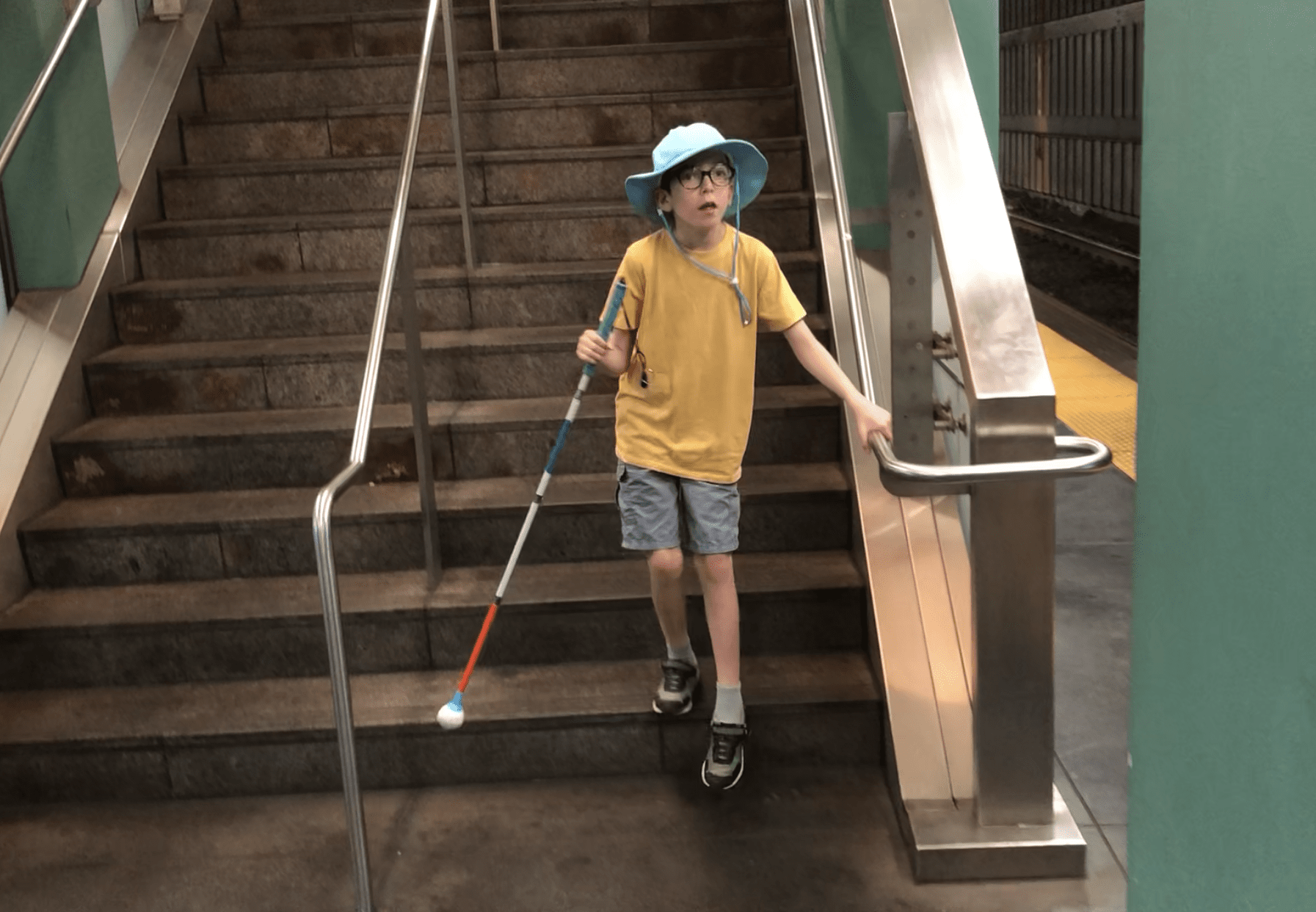 What is Visual Guidance of Lower Limbs?

Visual Guidance of the Lower Limbs refers to visual motor skills in relation to foot-eye coordination. Some people with CVI may demonstrate:

Visual guidance of the lower limbs may be further impacted by: the floor surface, visual crowding of the environment, size and contrast of the items on the floor, motion in the environment, changes in light, and simultaneous auditory input.

Dagbjört, adult with CVI, from Why music is my vision: Dagbjört talks about living with CVI as an adult

What are some compensatory strategies related to Visual Guidance of Upper Limbs?

Many with CVI build strategies to compensate for difficulty with visual motor skills. Some of these strategies include:

I’m learning to use a white cane now. I can’t see steps at all. I have poor depth perception.

When it comes to observing visual motor skills, take into consideration how these skills are impacted by color, motion, field, clutter, light, recognition, competing sensory information, familiarity of object or environment, in addition to fatigue and time of day.

CVI gives me a better understanding of my son’s interaction with the world. We were visiting a lake yesterday and he went out on a narrow pier. He got very fearful and told me to be careful as it was very unstable and wiggly. When I walked out on it I found it to be rock solid and no movement at all but I noticed the water to be very choppy. My son got off the pier and proceeded to throw rocks into the water for 20 minutes… to help regulate after this scary moment on the dock.

All accommodations must be based on assessment. The following are meant to inspire and provide a general idea. Accommodations and instructional approaches must be student-specific. Access is individual.

A team must consider all the other CVI visual behaviors when supporting visual motor tasks, along with the student’s whole-child needs. What compensatory skills can we leverage to make sure navigating the multiple environments in both the school and community are fully accessible? Here are some adaptations and accommodations that can support safe navigation for some with CVI.

My son took to his white cane really quickly, and he’s often hesitant to try new things. Over the course of the past three years, I’ve seen his confidence and independence increase when he’s out in the community. His white cane and learning blindness skills allows him to build agency.

Optic Ataxia is impaired coordination and accuracy of visually guided movements of limbs and body not related to motor complexities. Optic Ataxia results in difficulty completing visually guided tasks. This impacts the ability to judge distance, depth, and weight, which is needed for motor action. Damage or interruption to the posterior parietal cortex is connected to optic ataxia.

Depth perception (stereopsis) is the ability to judge the distance between objects and see the world in 3D. Research shows that depth perception is absent or altered in many with CVI. The early visual pathway, primary cortex, and ventral visual pathway all play a role in the ability to perceive depth. Ocular impairments such as strabismus and nystagmus can reduce depth perception, along with damage or interruption of the ventral pathway. Our visual system uses many cues and processes so we can use depth perception to make sense of the visual world, all of which is done without conscious thought. These are complex processes. Here are some highly simplified examples:

Visual-spatial mapping: The dorsal visual stream (occipital to parietal to frontal lobes) plays a major role in creating an unconscious 3D map of the world around us. Why is this important for visual guidance of limbs? When this 3D mental map doesn’t match the reality of the surrounding environment, the result is Optic Ataxia. According to Dr. Gordon Dutton in CVI Scotland’s lesson on Optic Ataxia: “This 3D map matches where things are in the real world, in terms of how far away they are, and gives every visual detail the properties of depth and distance in your mind. To move through the real world without bumping into people and things and to reach for things with accuracy, these two worlds (world 1 is the reality of the surroundings, and world 2 is the non-conscious mental copy of them) need to match.”

Atkinson, J., & Braddick, O. (2011). From genes to brain development to phenotypic behavior: “dorsal-stream vulnerability” in relation to spatial cognition, attention, and planning of actions in Williams syndrome (WS) and other developmental disorders. Progress in Brain Research, 189, 261–283.