Learn about the various visual field issues that manifest with CVI, observable behaviors and compensatory skills, general ideas for accommodations, and current research. 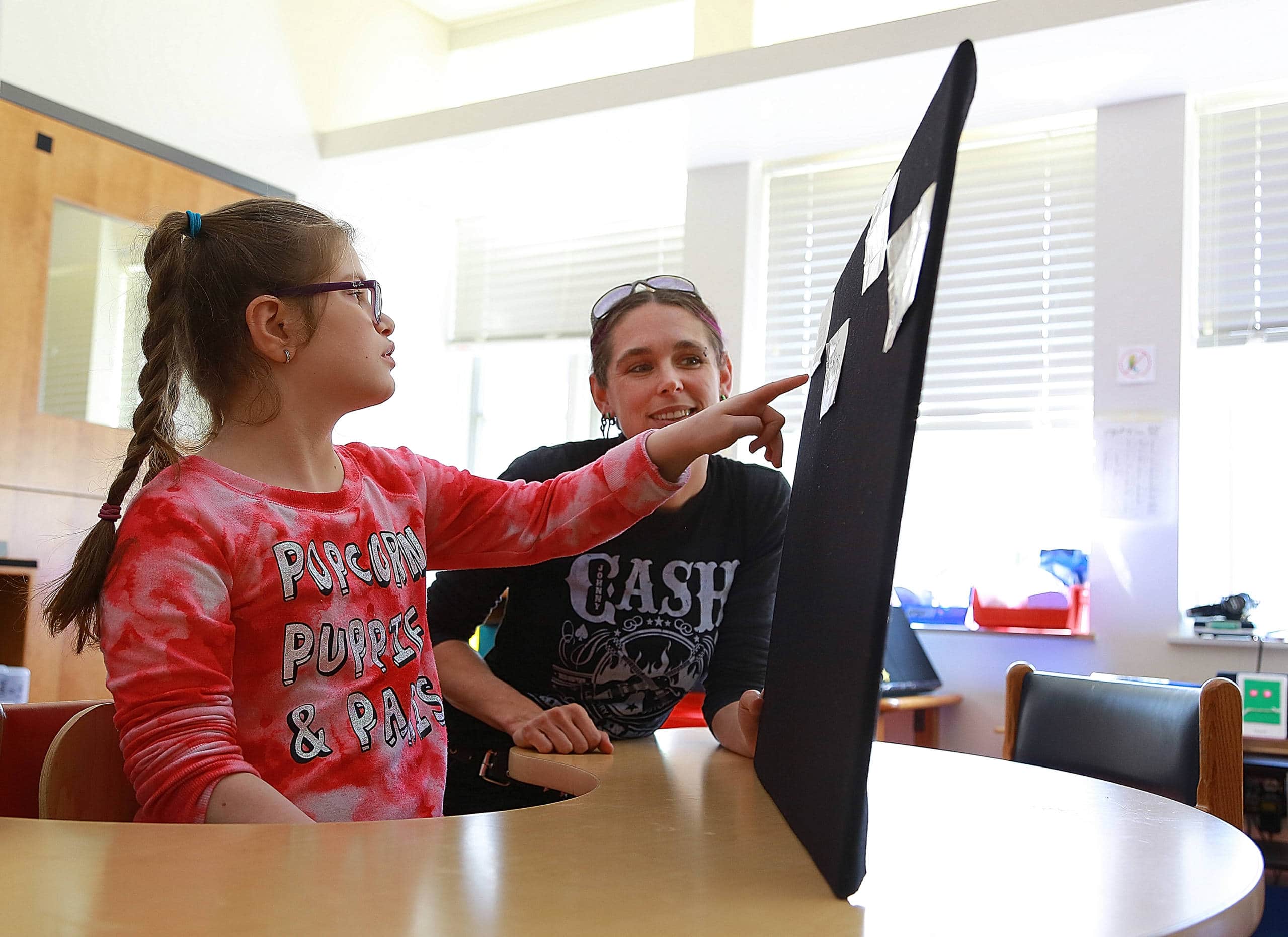 What is Visual Field Abilities?

When our eyes are in a fixed position straight ahead, the area that we see is called a “visual field.” Visual field loss happens when a portion of the visual field is absent. People with CVI can have a range of visual field deficits, depending on where the damage or interruption happens in the brain. For example, damage on the right side of the primary visual cortex in the occipital lobe may cause left homonymous hemianopia or field loss in the left side of each eye.

This CVI impact area encompasses visual field access (peripheral and central) as it relates to awareness, established and/or maintained attention, and recognition.

Some people with CVI may have:

I have trouble with my lower visual field. I like things to be put up on a slant board so that I can see it better. I can see some things that are higher in my visual field, but it depends on which side it’s on. Higher up on the left is a problem.

What are some compensatory strategies related to Visual Field Abilities?

Dagbjört, an adult with CVI, from Why Music is My Vision

When it comes to observable behaviors around visual field access, some people with CVI may:

Some questions for observation for individuals who navigate by walking and/or using equipment such as a wheelchair and/or gait trainer:

It’s hard for me to get around sometimes. People cut me off in stores, especially when they come on the right side because I can’t see anything on that side. I am always surprised. I’m like, “Oh my god, where did you come from, I can’t see that?!”

-Chloe, young adult with CVI, from the CVI Voices video

All accommodations must be based on assessment. The following are meant to inspire and provide a general idea. Accommodations and instructional approaches must be student-specific. Access is individual.

When my son interacts with items or watches videos on his iPad, I can tell he’s favoring his upper right field. His head is tilted and turned toward the left. Sometimes he puts his head down on the table on his left side when playing with his toys. When walking and going up and down stairs, he never uses his lower field and uses his compensatory and blindness skills to navigate like his white cane, toe-tapping, holding on to me, or the railing.

According to Chockron, Klara, and Dutton (2021), with a CVI, there can be a range of visual field deficits:

Visuospatial neglect, or visual inattention, is the difficulty of detecting or acting upon visual stimuli on one side of space. This is different from visual field loss in that full visual fields are available, but the brain does not give the attention needed to be aware of visual stimuli in a specific visual area. The person with CVI may behave as if half of space on one side does not exist. For example, if there is damage or interruption to the right posterior parietal lobe, then there may be visual neglect or inattention to the left-hand side. Increased clutter and visual stimuli density can make visual neglect more severe (Nijboer and Stigchel, 2019).