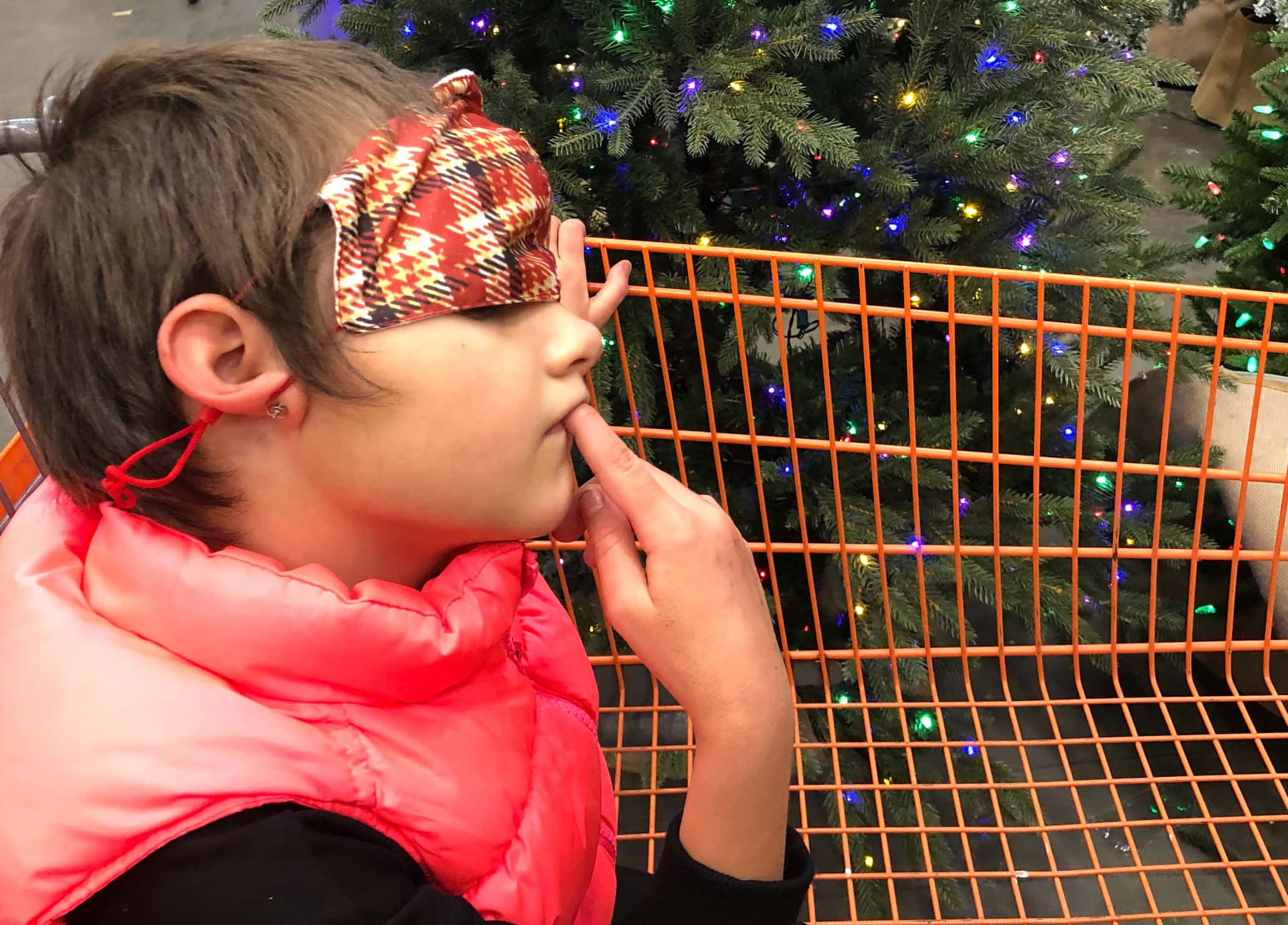 Learn about Sensory Integration and its Impact on Vision, a CVI behavior
Play video opens video player in modal dialog

What is Sensory Integration and its Impact on Vision?

Sensory integration refers to the processing, integrating, and organizing of sensory information from the body and the environment. For people with CVI, it can be difficult to use (and/or have a preference not to use) vision simultaneously with other sensory inputs (sound, touch, gross/fine motor activities, distracting lights and motion, temperature, and internal stimuli). The ability to maintain visual skills, and other sensory streams of input, can change based on the task, situation, or activity.

People with CVI may have difficulty using vision (and/or prefer not to use) when:

Some with CVI require that only one sense is challenged at a time. Otherwise, they can demonstrate:

When a task required my vision, it stole all cognitive resources for all other senses. In other words, I could either see and do nothing else, or I could do other things and not see. Doing both at the same time was not an option. Vision was an app or webpage that would use up all the RAM on a computer or smartphone.

-Nai, adult with CVI, creator of The CVI Perspective

What are some compensatory strategies related to Sensory Integration?

People with CVI have strategies and workarounds for so much in their daily lives. When processing multiple sensory inputs, many with CVI rely on their compensatory skills. Some with CVI report that vision is often the first to go when the brain is bombarded with simultaneous multisensory input.

Some people with CVI may:

Heat waves affect my CVI a lot, and I have been experiencing a lot of zero vision days, or a day when my brain doesn’t want to see. I’m just walking around and getting no visual feedback from my brain.

Tina, adult with CVI from CVI Evolving: What we’re learning from the CVI community

Nicola McDowell, Ph.D., researcher and lecturer at the Institute of Education at Massey University and an adult with CVI, describes how multiple sensory inputs from the “unruly” hustle and bustle of the start of class led to her brain being overloaded. She compares this to too many applications open causing a computer to freeze and need a reboot. Read more at her blog, Nicola McDowell’s Blog (9) Accessing classroom material

“This constant movement, overload of visual information, and noise all conspired to cause my brain to shut down even further. It was simply too much for me to process… Think of it like the older computer systems. The more windows or applications you had open, the slower and slower the overall system became. Until finally it would get to the stage where you had too much open and it could not cope anymore so the computer would freeze. At this point, the only thing you could do was reboot the computer and give it some time to start up all over again. When I was trying to visually map the classroom environment so that I could walk safely to a desk, avoiding other students, desks, chairs, and school bags, at the same time as trying to concentrate on what the person beside me was saying, listening to the teacher’s instructions, all while blocking out everyone else’s conversations and trying to think logically about where I should sit taking into account my right-side hemianopia – I had too many applications open.”

Dr. McDowell described how it took nearly half the class for her brain to reboot, which caused the stress of needing to catch up, and this stress triggered overload and shutdown all over again. The shutdown and reboot cycle went on all day, every day.

Yet another example of how, when it comes to CVI, it’s not simply about seeing or not seeing, it’s about the profound effect of CVI on the ability to function and engage in the everyday.

I had a five-minute breakdown during my rehearsal as the lead role in an operetta show. If I have to use all of my senses at the exact same time, one will have to back off. With CVI, it is ALWAYS vision. Using my whole body to dance, my ears to listen to the micro details in the music, my memory to start singing in the exact nanosecond, and my vision to not to bump into anyone—something has to back off… and it’s always my vision.

What people without CVI don’t realize, is that I only look at things when I absolutely need to… I don’t like looking. It’s taxing. Most of the time, I can get the same information from my other senses. When I don’t look at things because I’m using my other senses, it’s not because the other senses are blocking out my ability to look, it’s because I don’t need to look anymore, so I don’t.

-Teenager with CVI, The Yellowstone Blog

All accommodations must be based on individual assessment. The following are meant to inspire and provide a general idea. Accommodations and instructional approaches must be student-specific. Access is individual.

Find more examples from a guide to common CVI IEP accommodations in the CVI Now IEP Guide. Then review how to rethink four social and environmental norms to fully include individuals with CVI.

CVI Evolving: What we’re learning from the CVI community