Learn about the impact of motion and difficulty with motion perception, what this assessment area looks at, and general ideas for accommodations. 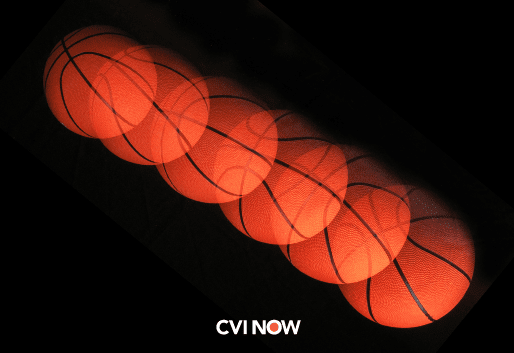 Impact of Motion is emerging as a big, complex CVI behavior. It affects everything.

Look around you. Think about how many things move. You move and as you move, even just to turn your head, you create movement. We all live in a constant state of motion. So impaired motion perception is not something that will affect the person occasionally, it will affect them all the time.

What is the Impact of Motion?

Children with CVI may manifest motion perception deficits attributed to dorsal stream dysfunction, including abnormalities in detection of optic flow and global or biologically relevant motion, as well as visuomotor integration deficits leading to optic ataxia.

What are some compensatory strategies related to the Impact of Motion?

Some with CVI may:

Sometimes it’s hard for me to catch balls fast and keep up with running.

My son has a tremendous amount of difficulty being outdoors. He had an outdoor school concert (he plays piano). He was in severe panic mode as there were birds flying everywhere and lots of noise and people around did not help. Birds in particular frighten him with their sudden and unpredictable movements. In addition, he only has central vision so they seem to come out of nowhere.

All accommodations must be based on individual assessments. The following are meant to inspire and provide a general idea. Accommodations and instructional approaches must be student-specific. Access is individual.

Examples from a guide to common CVI IEP accommodations:

My eyes can get tired looking at things that move. My eyes go crazy.

Connecting current research on the brain, our visual system, and CVI to better understand the CVI visual behaviors.

Learn more about the development of the Perkins CVI Protocol.