Back to Resources
Q&A

CVI and the brain: Q&A with Dr. Lotfi Merabet

Get straightforward explanations about the brain and CVI 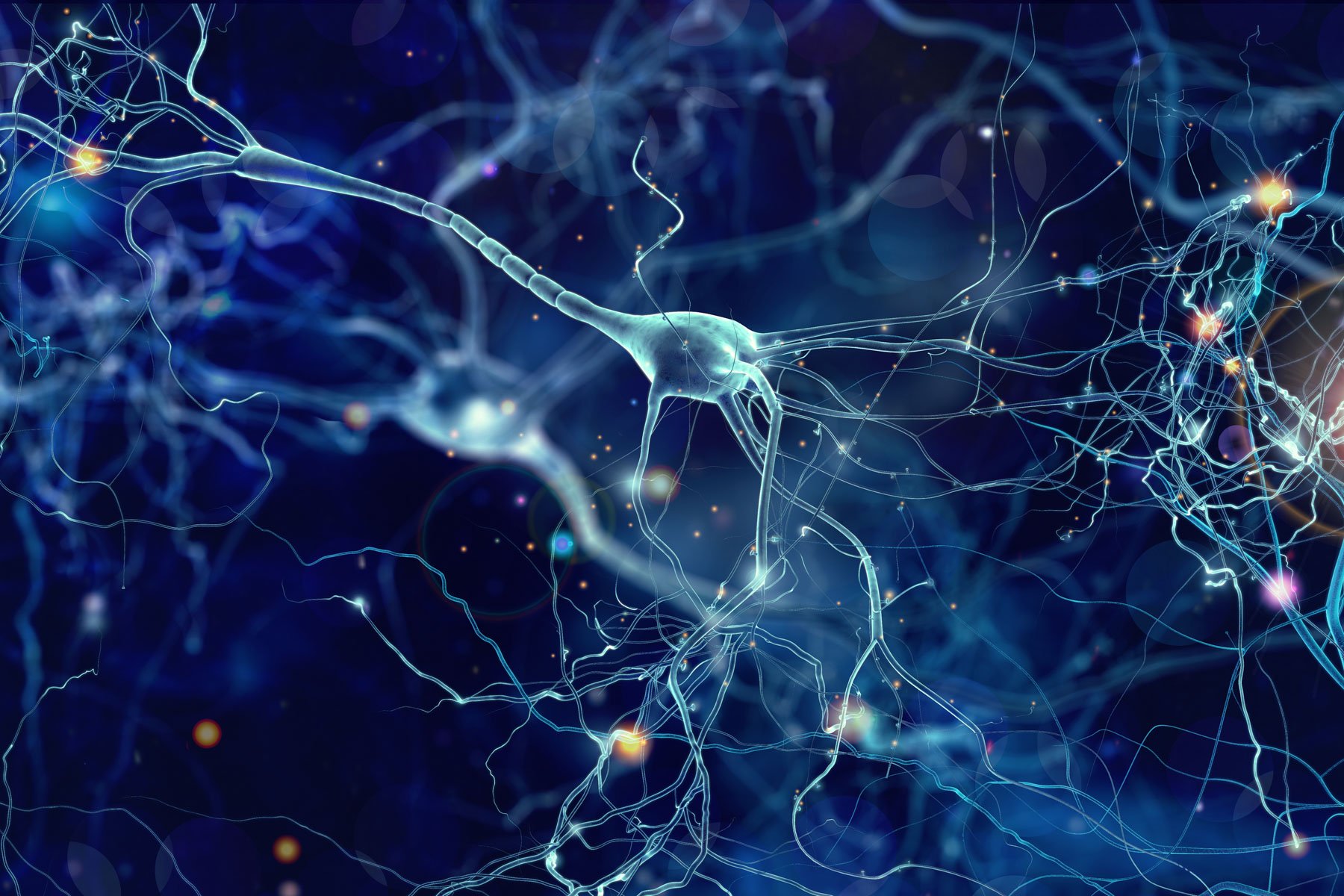 Your child has just been diagnosed with CVI, but you’re no scientific expert. Neither are we! In fact, we’re all learning alongside one another.  The neuroscience of CVI is constantly evolving and can be tough to grasp. We talked with Dr. Lotfi Merabet, who studies brain-based visual impairments, for some straightforward explanations. Be sure to check out further resources at the bottom of this page, too.

Parents want to understand how CVI makes their child’s brain work differently. Could you offer a concise explanation?

When we think about how we see the world, it’s important to think of vision not as a “thing,” but rather a process that can be broken down into different parts. There’s the eye itself, which acts like a camera, and that’s really an optical phenomenon. It’s about focusing the image inside the eye so that it can send a clear image to the brain. The second stage happens once that information enters the brain. That’s where the image is analyzed. Essentially, it’s broken down and re-assembled again. So it’s an important thing to distinguish, because things that we can do to help when there’s a problem at the level of the eye don’t necessarily work as strategies when the problem is at the level of the brain. That’s a very important thing for parents to understand.

A lot of people will say, “Well, my kid has CVI. Why don’t glasses help?” The point is that it’s not just about focusing the image and making the image as clear as possible. It’s about how that image is processed and analyzed later on in the brain. And that’s a much harder problem to fix. It’s like trying to fix your computer. It’s one thing when you can simply replace a broken keyboard or mouse.  It’s a whole other issue when the processor inside the computer is not working properly.

What specifically happens inside the brain of a child with CVI?

We can continue with our computer analogy. In CVI, it’s not just an input problem—that is, trying to get a clear image to the brain. It’s more about how information is handled once it’s in the brain. It’s the same as if a computer had one of its circuits somehow damaged, it wouldn’t work properly, and changing the keyboard or the mouse wouldn’t help. In the case of CVI, the brain is very similar. If the wiring of the brain is incorrect or somehow damaged, the brain is not going to process incoming visual information correctly. We know that early damage to the brain dramatically changes its wiring, and in somewhat predictable ways.

Where the damage occurs can help us understand why that child is having particular problems. In the same way that your computer has specific parts responsible for memory, graphics, and other calculations and functions, the brain has a modular organization. Depending where the damage occurs in the brain, we know that certain aspects of visual processing are going to be selectively damaged. And the bigger the damage, often the more impairment there is.

How does this “modular” brain organization affect kids’ visual behavior?

Parents might say, “My child is able to see faces and recognize faces, but he’s just lost all the time.” That’s because the “module” (or the part of the brain) responsible for processing information about the surrounding space may be selectively damaged while the parts responsible for processing other things like faces are still intact. In contrast, a child who has trouble identifying objects might have damage to the part of the brain responsible for object identification. When damage occurs to certain parts, we often see selective impairments. Again, when the damage is more extensive, we typically see more impairment.

Are certain areas of the brain impacted more often than others?

There is a lot of evidence that suggests that the dorsal stream appears to be particularly vulnerable to early brain damage. The dorsal stream connects the back of the visual brain to the top and front — what’s specifically called the occipital cortex, to the parietal cortex, and then to the frontal cortex. This dorsal stream is responsible for processing spatial information: in other words, knowing where things are in space and where you are relative to that space. We know that this area (specifically, the parietal cortex) is particularly susceptible or vulnerable to early damage during development. And we think that’s why a lot of kids with CVI have problems with spatial processing, which we call dorsal stream impairment or dysfunction.

What about the ventral stream? That’s another term that comes up a lot for parents.

That’s right. So in parallel to that, you have what’s called the ventral stream, which runs along a different pathway. It runs from the back of the brain (the occipital cortex) to the temporal lobe. The temporal lobe is the repository for all the images and things that you’ve seen before, and damage along the ventral stream is also possible. But what current research suggests is that the dorsal stream is more vulnerable than the ventral stream after early brain damage and we think this is related to anatomical as well as neurophysiological reasons. This seems to be the case not just in CVI, as we also see this selective dorsal stream vulnerability in other neurodevelopmental conditions like William’s syndrome. So there’s something particular about the dorsal stream that leads to the observation that many children with early brain damage have problems with spatial processing.

It’s important to realize that this is not a hard-and-fast rule by any means. As we learn more and more from neuroscience, we’re realizing that the dorsal and ventral streams interact extensively during the processing of a visual scene, so while it may be useful conceptually to separate the two streams from a functional standpoint, it’s important to consider the brain in its entirety in order to better understand the nature of visual impairments associated with CVI.

How does CVI evolve from birth?

The brain is constantly changing, and we know that the most dramatic changes occur during the early years of life. This process is called neuroplasticity and is constantly happening. It’s an intrinsic property of the brain. It’s how the brain rewires itself, it’s how it develops, learns, and adapts as a function of experience. The goal is to try to create environments, situations, and strategies that promote this rewiring in a manner that is most beneficial for a child during early development. The science tells us that active and structured early experience is very important for brain development. We also know that play, creativity, and exploration are very, very important. So are social interactions and language development.

What I would argue is most crucial is that a child has as rich an experience as possible especially during early development. This is when the brain is highly active, forming new connections, changing, and responding to environmental stimulation. There is a lot of neuroscience research that supports this view. We know that, for example, animals that are raised in very rich sensory environments show more robust brain development than animals that are raised in stimulus-poor environments.

The key question is: How can we translate knowledge gleaned from neuroscience research in a way that is meaningful and promotes the development of a human child in the most optimal way possible? Unfortunately, we don’t really know the specific answer to that question yet, and moreover, the answer may be different for every child.

We do know that timing is a very important factor to consider. In general, we think that the young brain has greater potential to adapt than the adult brain. Think about how much easier it is to learn a new language when you’re six years old compared with 60. At the same time, we know that if brain damage occurs too early in development, the repercussions can be very detrimental.  The brain is particularly vulnerable just prior to birth and about up to the age of two or three. That’s because that’s when the biggest changes are occurring in terms of brain development. The brain is very active in terms of growth, changing its structure, and forming new connections during this time. So, again, the timing as well as the location and the extent of brain damage are all important factors to consider.

Could you offer some hopeful news for parents about CVI and neuroscience?

Absolutely. The first thing that we do know is that, more often than not, a child’s vision does tend to improve with time. We attribute this to neuroplasticity, as the brain is constantly changing and adapting,  but we don’t know exactly what are the ideal conditions that optimize these changes and promote maximal improvement. So what I would say to parents is: Let your child be active, interactive, and explore in order to create a situation that promotes as much recovery as possible. Keep the brain gears turning! It’s also important to manage expectations and set up the child for success rather than frustration and disappointment. The more engaged the child is, the more they will find motivation to continue to explore and interact, and in principle, the more the brain will continue to grow, change, and develop.

But every child is unique, so no two treatments are exactly the same, right?

That’s correct. And at the same time, that’s also part of the challenge. Every child is very unique in terms of their needs and ideal developmental strategy because their brain damage is inherently also unique. It’s back to the analogy of the computer. We think we can fix every computer, but really we need a better understanding of what exactly is wrong in order to come up with the right strategies and solutions.

And for a more in-depth look at how CVI works from a neuroscientific perspective, download CVI for Teachers Chapter by Dr. Gordon Dutton.