Back to Online Courses
Self-Paced

An Overview of Cortical/Cerebral Visual Impairment

This webinar collections answers the common CVI educational questions: What does it mean to support the educational needs of a student with CVI? What does the term CVI mean, and how is it used? 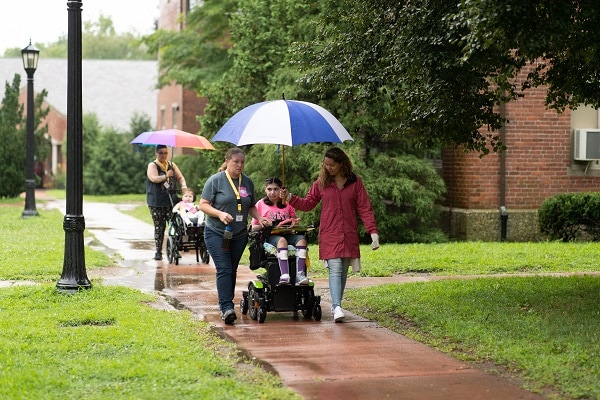 What does it mean to support the educational needs of a student with CVI? What does the term CVI mean, and how is it used?

Session One:  The CVI Umbrella: A Community of Ideas

Session Eight: The Impact of Clutter on Children with Cerebral Visual Impairment

Session Nine:  Considerations for Reducing Complexity in the Home

Session Ten:  Becoming a Team to Build Understanding of CVI

Session Twelve:   A TVI and Family’s Experience from Birth to Age 3

Session Fourteen:  How the Brain Learns

At the conclusion of this tutorial, participants will suggest strategies for supporting the specific needs and goals of their students with CVI, and identify individuals within their program who can help them implement those strategies.

This Perkins eLearning self-paced tutorial is designed for paraprofessional staff as an introduction to Cortical/Cerebral Visual Impairment, the fastest-growing pediatric visual impairment in the developed world. Presentations by thought leaders in the CVI Community, including researchers, educators, clinicians, individuals with CVI, and parents of students with CVI will lead you to an awareness of the implications of a brain-based visual impairment, and the strategies that can support learning and develop functional vision skills.