Back to Resources
Activity

Why should you teach students to use a numpad? 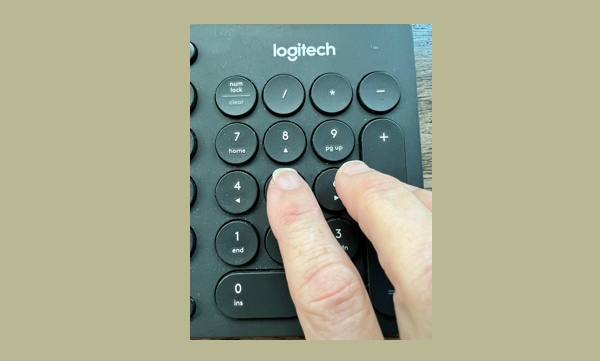 A tech savvy colleague once told me that he would never purchase a computer that did not have a built-in numpad. As an educator with vision, I had never considered the benefits of a keyboard with a numpad for students. Personally, I rarely use a computer numpad; although, my husband, who has a career revolving around numbers and spreadsheets, is a wizard at using a numpad. Why would a numpad be a critical tool for a student who uses JAWS or NVDA?

What is a computer numpad?

A numpad is also known as a number pad, numeric keypad or ten key. It is usually palm-sized and typically has 17 keys; numpads are typically located on the far right side of a computer keyboard. Numpads are designed for entering large amounts of numbers quickly. JAWS and NVDA take advantage of numpads, using these keys for screen reader navigation shortcuts.

All computer numpads have 1, 2, 3 on the bottom of the number keypad; however, some computer keypads may have extra symbol keys.

The image below is a computer numpad keyboard.